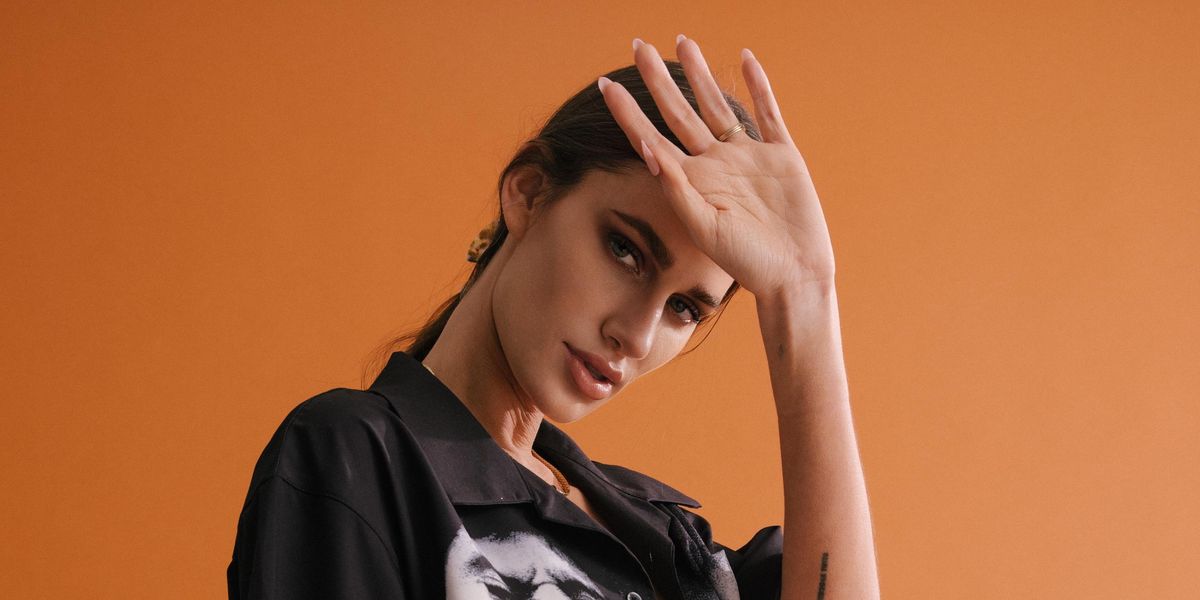 In "We Were Never Friends," Los Angeles' sultry, heart-melting singer Niia confronts her dating habits to better understand why things keep unfolding the way they do. "I've never been friends with someone before we started dating," she tells PAPER. "I started to realize this pattern of people that would come into my life and then be gone forever."

Today's release follows "Not Up for Discussion," both of which appear on Niia's forthcoming EP, due out late May — a deeply personal project building off a year in isolation that forced the musician to look within and write openly about her relationships. Where love and heartbreak have been consistent themes throughout Niia's career, this new effort is her most introspective yet.

The self-directed "We Were Never Friends" music video, out today, is an extension of Niia's walls-down approach this time around. Simple and straightforward, but entirely effective, the hazy visual features her in conversation with guest vocalist Solo Woods. "It's not what you did or what you said," she sings to him, cutting right to the core of the issue. "I'm sorry, but we were never friends."

Below, PAPER premieres Niia's new visual and catches up with her to learn how this release is a snapshot of where she's at today.

You directed this music video yourself. How was the experience of taking full control of the visuals in this way?

You're only as strong as your team, and I'm grateful for everyone who was involved and supported me in directing. It's a lot of work, but when you have a vision you have to lead and see it through to the end. I knew going in I'd only have myself to blame if I didn't like the outcome. It was for sure a testing experience. Luckily I love how everything came out. I really like directing and that pressure to get it how I wanted. I want to direct for other people now.

Lyrically, what's the story being "We Were Never Friends"?

I've never been friends with someone before we started dating. I started to realize this pattern of people that would come into my life and then be gone forever. It's no one's fault, we just were never friends to begin with and I started to make my own peace with it. My heart hurts for those who truly love a friend and lose them after a breakup. I am only starting to understand what that feels like.

What was the collaborative process like between you and Solo Woods?

It's hard to describe other artists, but Solo is just pure talent, incredible energy and really brings out the best in me. I was a fan of his writing and flew to Chicago to spend a week with him. We wrote some incredible stuff. We Were Never Friends came out of the week, and it just was so honest and raw I didn't want to touch anything. All the vocals are demo vocals, I didn't re-record anything. Because I really loved how vulnerable the demo sounded, I only added a little extra production. Solo and I are actually friends.

How is this release a reflection of where you're at in life, right now?

I think the concept of what a friend means vs. a lover is something I'm constantly thinking about. Relationships are so complicated and getting to know people so intimately is scary. Right now, I'm trying to understand my patterns and choices more, so I can make better friends and lose less. I am trying to focus on myself and what serves me. Even writing about myself vs. someone else is new for me.

You're beginning to roll out music after a year in isolation. How has that impacted your creative process?

As an artist, it's always scary to put yourself out there. These days it feels even harder, but music helps me cope. It gives me reassurance and comfort. There's also a point where you just have to say "fuck it," and own your art in hopes it will inspire and strike courage.

This release follows "Not Up for Discussion." What story do you see yourself telling with this new material?

Life and people can let you down, and living in constant worry truly isn't living. I can't control anything, so I had to think about what's truly important to me. What am I afraid of? What do I need to work through to make the most of my life? Thinking about your fears and bad habits can sometimes lead you to a better place. Here's hoping.

Stream "We Were Never Friends" by Niia, below.