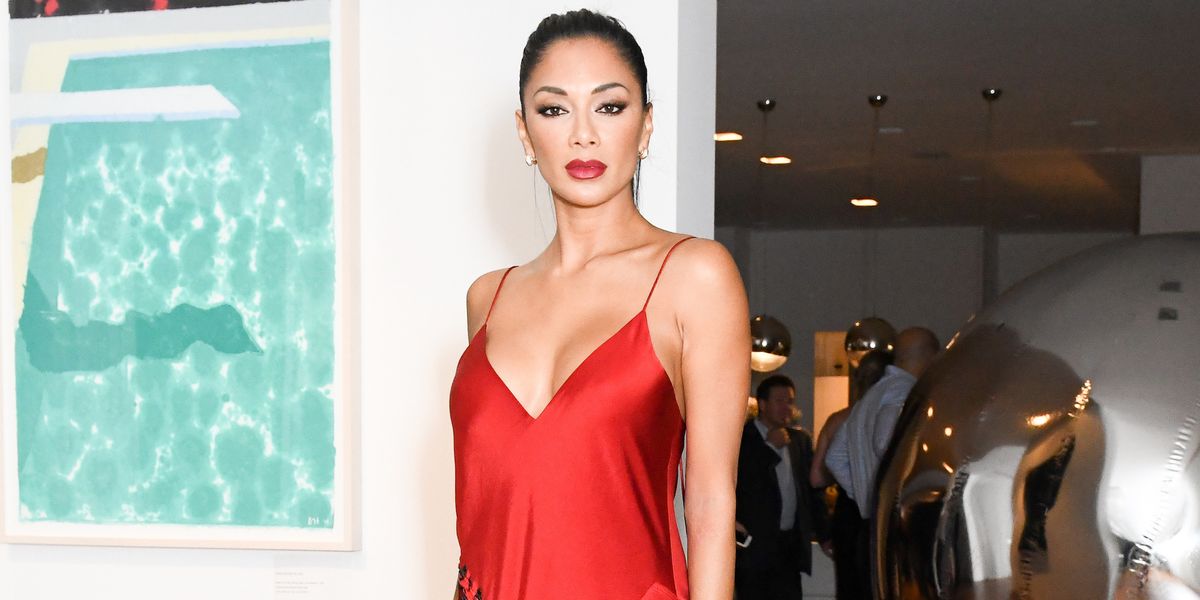 Last weekend, an intimate video of Pussycat Dolls frontwoman Nicole Scherzinger and her ex-boyfriend Lewis Hamilton was leaked. In the video, which is suspected to have been leaked by hackers, the couple — who split in 2015 — can be seen kissing and cuddling in bed. And while it's relatively tame in the grand scheme of leaked celebrity videos, that doesn't diminish what has happened to her. Because while Scherzinger's case highlights the blurry space that sexual violence in the digital age occupies, make no mistake: What happened to her is not only a gross invasion of privacy, but sexual violence — plain and simple.

According to The Sun, she's instructed her lawyers to take the video down, as a source close to Scherzinger says the singer "feels hugely violated."

"It's hugely embarrassing and distressing for her to have something this intimate and private out there," the source also said. "Nicole's very worried that more videos and pictures will be leaked in the next couple of days." Obviously, she's right to feel this way, as actions like these are reflective of the way aggressive male sexuality is consistently forced upon women — expected to be nothing more than sexual objects to be masturbated to. But it's also a harmful practice that, were it translated into the real world (i.e. peeping toms), would be considered a grave sexual offense. So why hasn't the law caught up?

That said, an overt lack of media concern regarding her case has also highlighted another disturbing trend. In comparison to coverage of similar scandals such as The Fappening, Scherzinger's case has remained remarkably under-the-radar, despite the seriousness of these alleged crimes.

Frankly, the "it's not that bad" rhetoric is toxic to begin with and has inklings of rape apology and minimization. Not only does Scherzinger's case pose a big question when it comes to privacy law, but it also feeds into the idea that we are entitled to the nudes of these celebrities. Which, spoiler alert, we most definitely are not. Not only that, but it also poses a bigger and more serious question: When did we allow ourselves to become so desensitized to crimes like this?

Dr. Halder theorizes that a spate of high-profile online privacy invasions — such as the Facebook Cambridge Analytica case — have made instances like Scherzinger's feel "lesser." Obviously, it's anything but, but as Dr. Halder says, the "high impact factor" of something like The Fappening is now gone. Why? Well, it's almost as if we expect something like this to happen, especially when it comes to famous women — and that's an even bigger issue.

And though she says the public's desensitization doesn't mean cases like this should receive less legal attention, Dr. Halder notes that people now perceive violations like this as "nothing new." As a result, less thought is put into aiding people like Scherzinger, as well as the millions of people in similar situations who don't have the resources to hire a powerful legal team.

So what's the solution? Perhaps it's to broaden our reach when it comes to prosecuting privacy violations such as these. Because while the spotlight tends to land on the hackers themselves, the companies who allowed the data theft to occur in the first place tend to face relatively less scrutiny — at least in the eyes of the law.

"Now it's time that web companies, cloud servers, etc. [are] made strictly liable for not providing proper security for the data," Dr. Halder suggests. "If the victim claims that the images were already deleted, the cloud servers must not store them without the consent of the owners." And she's right. After all, the implications of Scherzinger's case go well beyond just her leak, and we should be diligent when it comes to prosecuting these crimes from all angles. Just think about it, next time, it could be you.