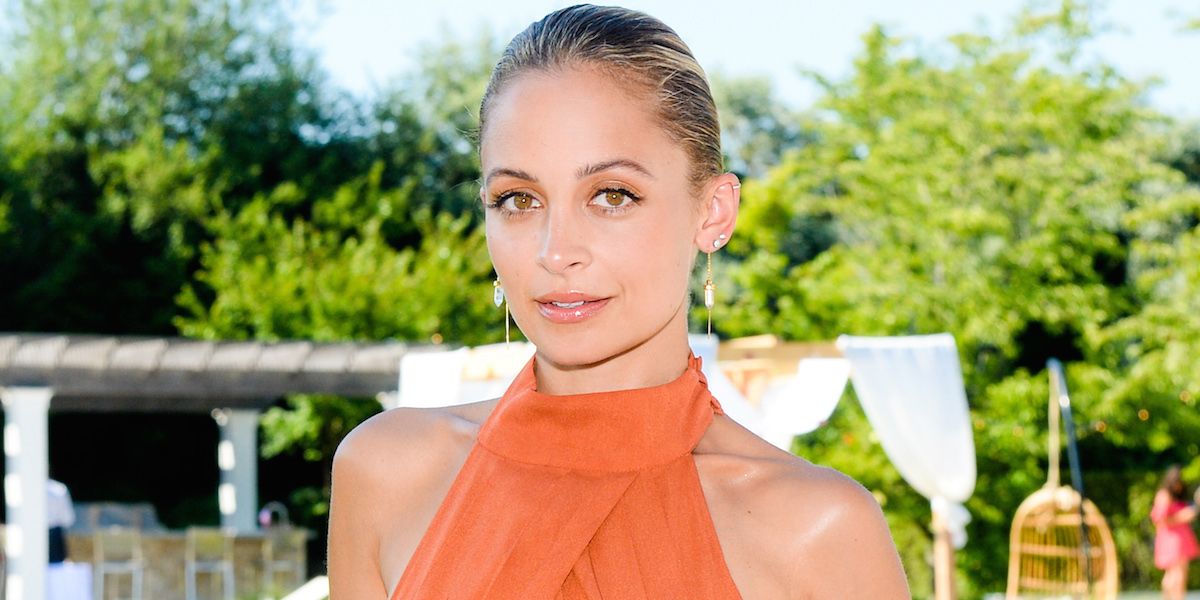 Aughts icon and perpetual bad ass, Nicole Richie, wrote an amazing op-ed for Lenny Letter, where she reflects on her rocky, youthful days, including multiple arrests from 2002-2007 and struggles with drug addiction.

by Lauren Cierzan, for Lenny Letter

Richie's introspection stemmed from turning 35 recently, and seeing her younger self as an entirely different person."

As firmly as I believe in the importance of looking forward, there are some moments when we should, and even have to, look back. Often for me those moments come while I'm on the couch with my girlfriends, or listening to my husband make fun of the younger version of me. The end result is sometimes smiles and laughter, and there are often moments of disbelief like I'm talking about someone else.

Richie, whose questionable behavior was on full display in her legendary reality show The Simple Life, with former BFF Paris Hilton, remarks how she internalized what the public, as well as those close to her--including friends and family--thought of her; she began to believe what they believed of her, which, in turn, perpetuated her self-destruction.

I was so used to hearing others' views of my life that I found myself believing them. I sat and wondered, Why do I laugh at home, but feel shamed out in the world? With my family and close friends, I am owning my past, relishing in the absurdity, slightly flinching at my own naïveté, and giving myself props for the unabashed bravery that streaked through my youth. But not trying to hide from it, not trying to change it, just allowing it to help propel me forward.

She notes how her downward spiral, so documented by the press, has thickened her armor of self, and made her more comfortable with who she is today.

It is no secret that I have, at times, taken advantage of my time on this planet. And as much as I have to look at those moments and learn from them, as we all do, it's important for me to have gratitude for that time, too. Not shame. Being ashamed of your life is not OK. I realized I am actually extremely thankful I was so beastly in front of the world for a few reasons. It's so bad in people's minds that there's nothing that can embarrass me now. I got a little surprise gift of freedom! I also truly believe if I didn't have so many eyes on me, it would've been easier for me to slip back into my reckless behavior. I had people rooting me on and watching me at a time when I needed that.

After more articulation of her journey to a place of acceptance, Nicole ends with a victorious proclamation, defining herself, on her terms.

The biggest lesson? How to have the confidence to just go in there and be my own version of anything. Not somebody else's, but mine. So as a mom at a school, as an actor on a comedy series, as a designer at Fashion Week, I don't have to worry that I won't fit into expectations, but rather, my inner acceptance and peace will allow my true self to shine through and carry me along. Because playing someone else's version of you all the time keeps you from actualizing yourself.

I've been given many titles: Wild child. Reality star. White-washed black girl. Skinny. Rich. (I guess the last two aren't so bad).Now, at 35, the only titles I am taking on are the ones I give myself.