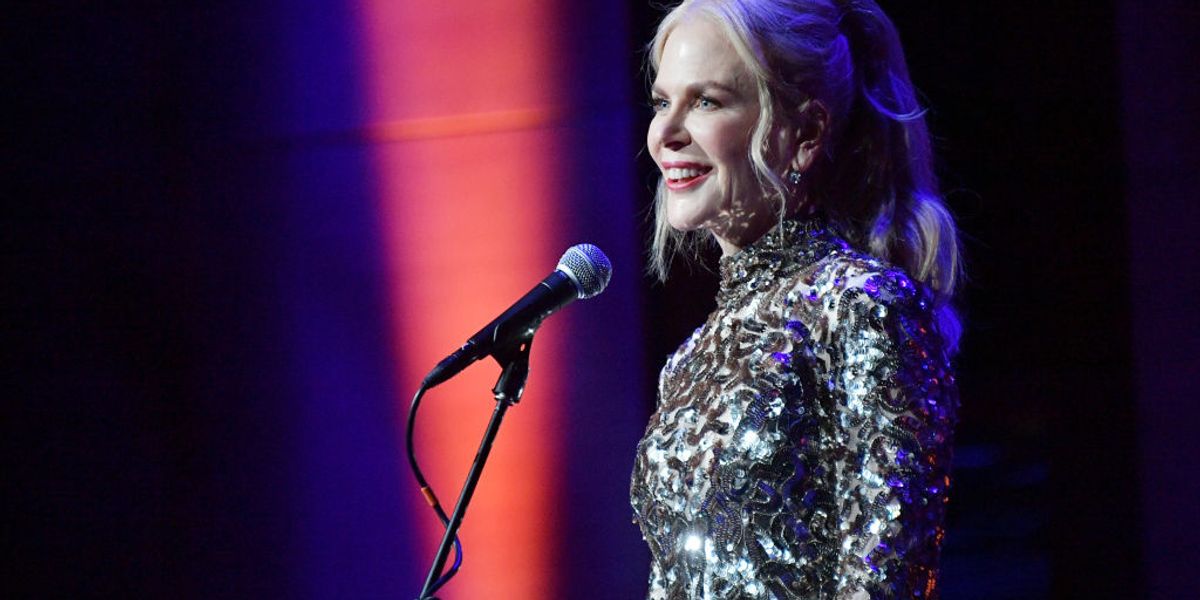 Nicole Kidman is actress, wife, mom, and fearless spider catcher. On Sunday, the Australian Big Little Lies cast member posted a video she took on Instagram of an enormous black spider lurking by their pool. While you can hear her kids screaming in fright in the background, Kidman was unafraid to approach the critter with her phone. One of her daughters shouts at her, "Get back, mom!"

At the end of the video, the actress has the spider in a glass, with a saucer to seal it in. She posted with the caption, "House guest! Catch and release... spider released unharmed and healthy ❤️Happy Sunday," which ensures us that she did not, in fact, murder the insect.

Her non-aversion to this huge tarantula shouldn't be a surprise. She did, after all, do a video for Vanity Fair's "Secret Talent Theatre" back in January this year.