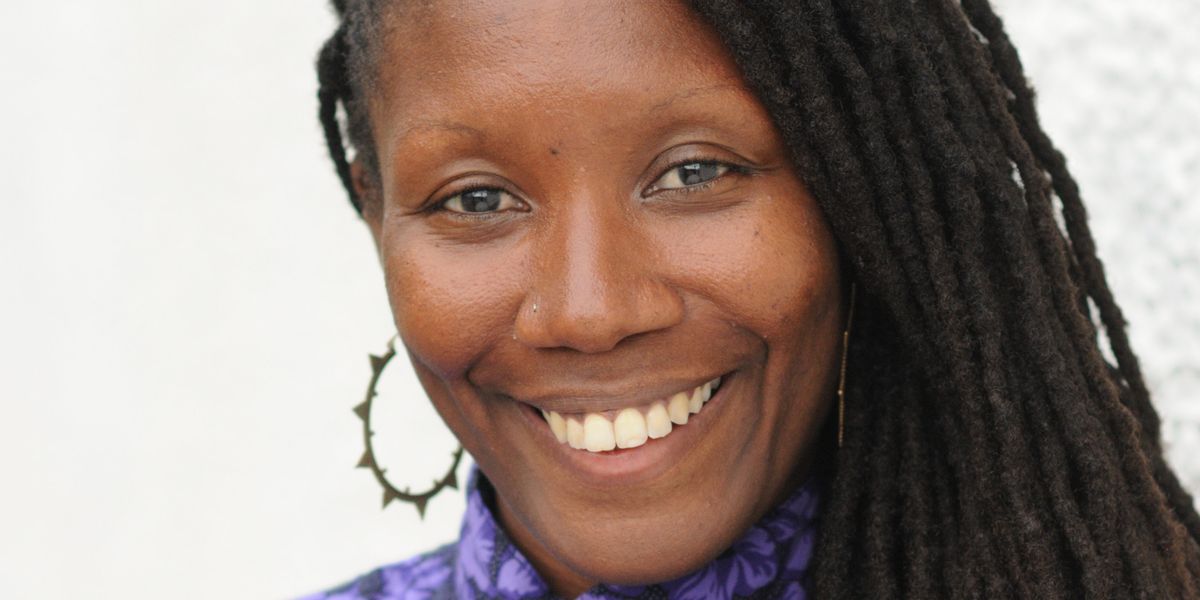 Ever since her critically lauded debut novel, Here Comes the Sun, novelist Nicole Dennis-Benn has been wielding her fiction as a tool of disruption — one that seeks to upend conventional storytelling and depict the layered complexity of her protagonists. Her sophomore novel, Patsy, out now from Liveright, is an unfettered examination of queerness, reluctant motherhood, the immigrant experience, and, on top of it all, the opportunity for redemption.

Related | Jacob Tobia: 'Gender Is Simple for Nobody'

Patsy wants more for herself. America not only beckons her with opportunity, for the chance to put herself first, but also promises to reunite her with her oldest friend, Cicely, and the possibility to rekindle their young love. After years of longing to leave Pennyfield, the Jamaican town where she was raised, Patsy finally gets her visa approved. She leaves her five-year-old daughter, Tru, in the care of her father and his new family, to begin life anew in Brooklyn, only to discover life is not at all what Cicely has described in her letters to her. Patsy is a story that concurrently follows mother and daughter, over the span of a decade, as they both contend with identity and sexuality, and, ultimately, try to establish a relationship that has previously remained absent.

Nicole Dennis-Benn talked to PAPER about her second novel, which is already deemed a literary triumph by both readers and critics, below.

There are a number of facets to Patsy's identity: she's a mother, a queer woman, and an immigrant. Was she initially conceived with all of these aspects in mind, all at once, or were they pieced together?

Patsy's queerness was not apparent to me in my first couple drafts of the story. Also, her reluctance as a mother was not fully apparent to me either. The first drafts consisted of Patsy simply leaving Jamaica with good intentions of sending back money for her family — that which is usually expected of individuals migrating to a country with more resources. But as I re-wrote the manuscript, I realize that I've seen and heard those stories too many times—that of the "good altruistic immigrant." I found myself falling into the same monotony of writing the type of story that would depict our humanity to people who don't necessarily care for us, but who we want to impress. For America is deemed "the promised land" where Black and Brown immigrants have to prove our morality in order to be regarded as human beings. In Patsy, I wrote against that, becoming more open to the narrative of her being a queer, reluctant mother, and challenging myself to tap into the complexity of her seeking the freedom and opportunity to find her place in the world on her own.

Early on, Patsy discloses that she has never really loved her daughter, Tru, "like she's supposed to, or like her daughter loves her," and it's hard not to judge her. But the more I read, the more compassion I felt towards Patsy. Did you also feel this way writing her?

I judged Patsy at first. I didn't know that I was doing it until I found myself delaying the process and re-writing to make sense of where the narrative was taking me. In my mind I could not conceive of a woman abandoning her young daughter and dare express her lack of desire to embrace the role of motherhood. However, after some time, I did some soul searching that made me question my own internalized judgements and expectations of what a mother ought to be. It's not only assumed that every woman should aspire to the role of motherhood, but when/if they become mothers, they should automatically be good at it. People give mothers this unfair, high standard they ought to live up to, disregarding the fact that they are still human, full of wants and desires, and the ability to fumble and make mistakes.

"Growing up in Jamaica in a working-class family, I never saw myself in books. Therefore, now that I have the opportunity to tell our stories, I choose to write about my people and our untold stories."

You explore motherhood in a culture that expects it of a woman, and if a woman doesn't fill that role, especially in a particular class, she is deemed a pariah. Did you have any trepidation critiquing parts of your culture, and if so, how did you contend with it?

I had long outgrown that trepidation of critiquing parts of my culture. However, motherhood is a universal theme. Not just relevant to Jamaican culture. A woman without children is considered a pariah anywhere. And a rung lower than a woman with no children is the woman who openly expresses her lack of desire to have children.

You take on a slew of challenges through Patsy — reluctance towards motherhood, confronting sexual identity, navigating the harsh realities of immigration, all on top of one sacrifice after another — yet there is a sense of hopefulness coursing underneath, especially towards the end. Did you intend it this way, or did this happen through circumstance?

I don't believe in one dimensional stories and one dimensional characters. Like human beings who have contradictions and internal conflicts, characters ought to have them too in order to feel authentic. This is why it took me a while to write the book, because Patsy is a layered character, and so is Tru. Despite all the odds against mother and daughter, the story itself is about redemption.

Let's talk about language as identity. What message are you sending to your readers by writing dialogue in Jamaican patois? How does it strengthen our connection to the characters, even if a reader isn't familiar with the dialect?

As Jamaicans we were taught to be ashamed of our language. Most of us were forbidden to speak Patois in school. However, language is identity. Therefore, to be told not to speak our language is a complete disregard of who we are as a people. As a writer, I reclaim our language by using it in dialect. Given that I'm writing Jamaican characters, it is important to me to write them as authentic as possible. It is also important to me to know that I'm not only writing my people on the page for them to see themselves, but hear themselves as well. For the reader who is unfamiliar with the language, it forces them to slow down a bit and become acquainted with it.

Why was it important to tell this story from a working-class perspective?

Toni Morrison once said that we should write the books we want to read. That's exactly what I've been doing. Growing up in Jamaica in a working-class family, I never saw myself in books. Therefore, now that I have the opportunity to tell our stories, I choose to write about my people and our untold stories.

Your fiction is a powerful tool just as much as it is a magnetic revelation. Would you ever release a non-fiction collection?

Maybe someday I might get around to writing a memoir. Right now, I feel I have more freedom with fiction. I have the license to spin stories and invent characters I can always hide behind.

Patsy is available for purchase here.