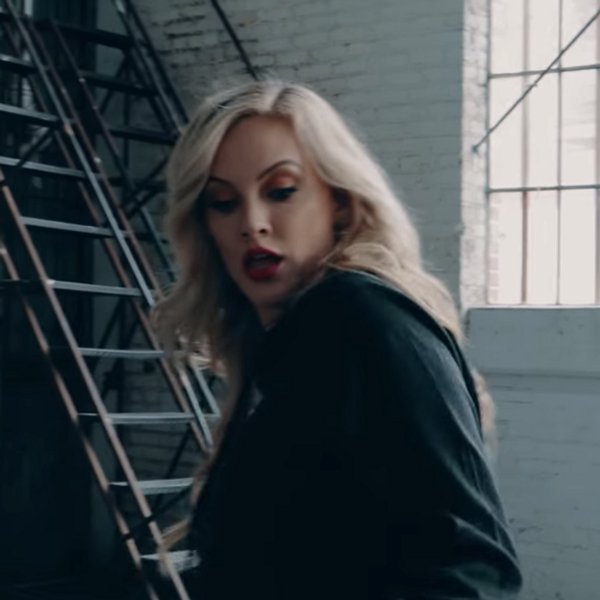 Childish Gambino's "This is America" music video was released earlier this month and immediately sparked conversation for its harrowing portrayal of violence black Americans face. Every aspect of the video from the lyricism to the choreography was carefully selected to convey histories of oppression and to critique how pop culture typically desensitizes people to them.

Canadian actress and comedian Nicole Arbour has since given the video a "feminist" remake in which she awkwardly raps about the sexual violence women face, as well as the societal pressures imposed on them to be beautiful and to start families. While all of the challenges she describes are certainly real ones for women in America, appropriating "This Is America," a video meant to talk explicitly about blackness and racial oppression, is clearly not the best way to talk about them.

The Internet is understandably upset about the video, saying she has cheapened black art, turning a thoughtful and serious video into a crass, surface-level white feminist attempt at comedy.

I'm sorry, but absolutely not. Get out of here with this mess. We seriously can't have anything or take anything se… https://t.co/QblvuEmiW1
— The Grapevine (@The Grapevine)1526232883.0

At the same time that Arbour is using Childish Gambino's video to talk about feminism, she generally ignores any experiences besides those of white women. Though women of color are featured in the video, they are always positioned behind Arbour. In fact, one of the first shots of the video shows a black woman who is breast feeding a child getting forcefully taken off screen. Rather than shining light on the specific hardships black women face, the scene, and the rest of the video, positions them as voiceless props.

And, as one Twitter used pointed out, most of the men attacking women in the video are people of color. Arbour is therefore using her privileged position as a white woman to reproduce a dangerous stereotype that brown and black men are violent and dangerous all while stealing from art made by a black man.

This isn't the first time Arbour has made headlines for tasteless content. She released a video called "Dear Fat People" a few years ago in which she ruthlessly shamed fat people and called it comedy. She also recently tweeted that she's "sick of people mad at slavery."

And, part of what makes Arbour's work so frustrating is that even bad press is good press for her. When she sparks controversy by making an insensitive video, she still garners clicks that she can capitalize off, even if the people viewing her content are critical of it. It's difficult then, to know how to discuss the pitfalls of her work without making her more famous as an unintended side effect.