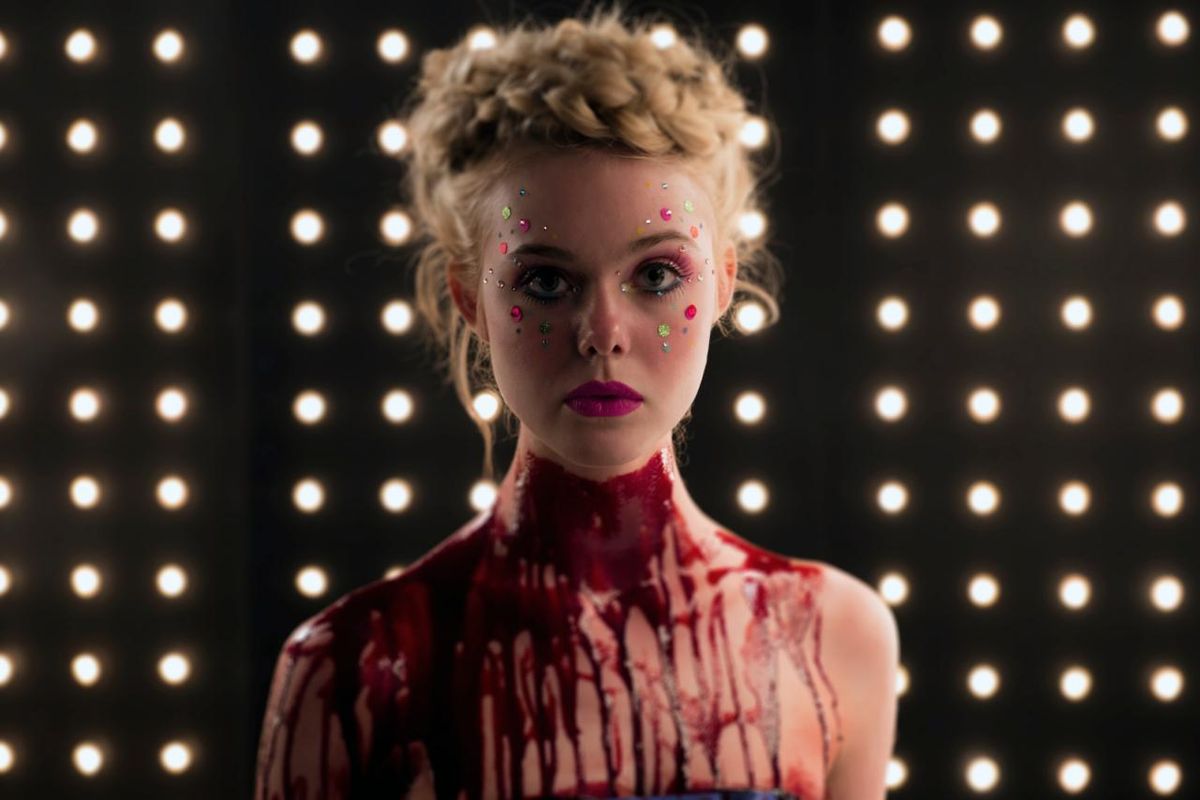 "I knew the film would celebrate narcissism as a virtue."

One of Europe's enfant terrible directors along with countryman Lars von Trier and Gaspar Noe, Nic Winding Refn is an arthouse darling who had After leaving mainstream audiences scratching their heads with projects like Only God Forgives and Drive, one of Europe's reigning enfant terrible directors, Nicolas Winding Refn, is back with the Neon Demon. Starring Elle Fanning at her most Hollywood ingenue-iest, the film is his love letter to the City of Angels and a horror movie set against the backdrop of the cutthroat world of modeling. In Refn's hands, being the Next Big Thing becomes a very bloody contact sport. It's a sweating, pulsating nightmare-scape of the best and worst motifs from every young dreamer's story of making it in LA -- the visuals are sublime, the soundtrack is scorching hot and it's a story about Hollywood only the 45 year old Dane could possibly make.

You wanted to make a horror movie first. Why did the world of modeling suit that?

I wanted to make a horror film about beauty -- I didn't want to make a horror film about fashion or models. [Beauty] is much more universal. I felt the fashion world was a great backdrop because it's such a fairy tale landscape. It's such a heightened reality. It's so silly and funny, but yet also quite horrifying. It's extreme on both ends. L.A. became a great location because a) it was the only place my wife wanted to go so that's where we went. B) Hollywood to me is like the wizard in the Wizard of Oz. Everything leads back to that city, or that mythology that ...everything leads back to Hollywood.

In making a film about LA in LA is it your way of subverting Hollywood from the inside out?

How do you respond to critics who accuse you and contemporaries like Lars von Trier and Gaspar Noe of just being out to shock?

What does that actually mean? Creativity's a statement, an expression. The more pure it is, meaning the more that it comes from the heart, the less of a shock it is and the more real it becomes. I think that it's important to remember that the act of creativity is to engage you and that includes shocks of course, because it shocks the system. Penetrates your mind. It's the fear of penetration that some people may have -- of the film penetrating their minds and consuming their identity. They try to fight it off by just dismissing it as shock, for shock's sake. What they're actually doing is, they're denying the impact that it has on their brains.

When you come up with an idea like necrophilia (which is in the film) are you thinking much about how it's going to affect audiences and your critics?

I don't think about it as shock value. I think it's a normal evolution of the story. If I start to get calculated, it's going to fail miserably. People are too smart nowadays. You can't fool them anymore. They can see right through you in tenths of a second. Make it from the heart. Make it singular, unapologetic. That can never be taken away from you.

Talk about your relationship with visuals, how do you work with inspiration for what you put on screen?

It depends. I don't storyboard. Sometimes I write in visuals, meaning that I usually come up with something that I would like to see and then create the scene around it, like voyeurism. I'm first a voyeur, then I figure our what excites me and then I will write it on an index card and see how it gets incorporated into the film. I feel that [the] theme, to me, is what [those visuals] all boil down to. I close my eyes and I imagine. Sometimes it's preconceived -- what I would like it to be like. A lot of the time, it's something I come up with during the day with the actors. I need them to feel comfortable in their ability to give themselves, submit themselves to the process of creativity. They need to feel secure. It's very much about making sure that their performance or their movement works and then I will find a way to photograph it after.

So the muse can come from anywhere?

Yeah. Music, ideas, going to and from work.

What did Elle Fanning offer that convinced you she was right for the role of Jesse?

My wife had seen one of her latest films and said she was really good. I couldn't find anyone to play Jesse. No one had the thing. I set up a meeting with Elle and prior to the meeting, her manager sent over a fashion shoot she had done. It was just so amazingly fantastic that I knew instinctually it was going to be her. The agenda was 'get Elle Fanning.' Elle came to visit the house. We spoke a little bit. She was only 16 at that time. I said, "I really want to make a horror film about beauty, at the same time live out my own fetish as a 16 year old girl." [It was going to be] the counter of what I did with Drive, where I was pure masculinity. I wanted to be pure femininity. She liked those ideas. She also said she wants to make a film about beauty for her generation.

We very quickly mutated into the same idea of wanting to make a teenage horror film abut beauty. What really solidified the partnership was at the end of our meeting, I asked her "do you consider yourself beautiful?" She giggled. I said "No, I'm serious. Do you think you're beautiful?" and she said "yes." That to me is when the film became, for the first time after two years of developing it, crystal clear in my mind.

What did it solidify?

Because I knew the film would celebrate narcissism as a virtue.