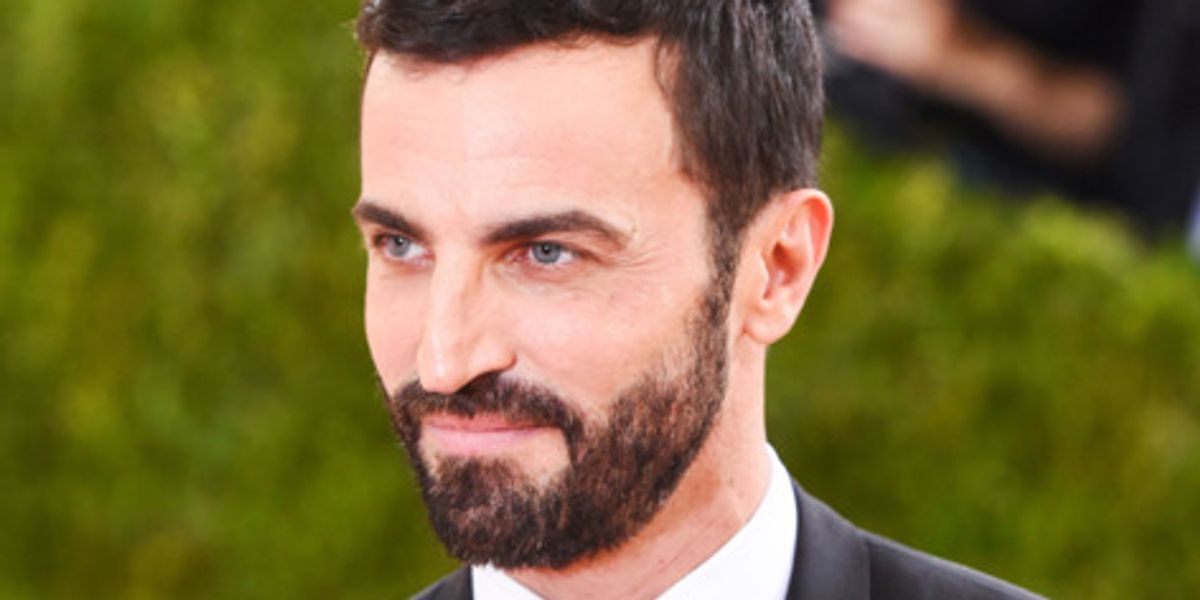 It looks like the months-long whispers regarding the departure of Nicolas Ghesquière from LVMH flagship Louis Vuitton are beginning to materialize. This afternoon, reports from Reuters and Business of Fashion that he could be out as early as October were met with denials by the Paris-based conglomerate. After a Cruise 2017 collection presentation held in Rio, the designer casually, and to the shock of many journalists, mentioned the possibility of his own namesake label in the near future during an interview for French television. He has also, rather conspicuously, been posting pictures of some of his old designs for Balenciaga, where he was Creative Director for fifteen years.

A favorite of editors and celebrities for the past two decades, he drew a cult following in the aughts for his razor-sharp and futuristic designs for Balenciaga, most notably his motorcycle bag, which still stocks the brand's shelves despite two different design regimes since. His appointment to Vuitton in 2013 was met with great anticipation and his Fall 2014 debut collection for the house was roundly credited for bringing the 70's and late mod mood back into ready to wear. Successive collections, especially the more sci-fi and virtual reality offerings, have been less well received and he has been without a bona-fide hit bag, no doubt an expectation for the suits (Marc Jacobs famously put out his first RTW collection without a single bag on the runway, much to the chagrin of his boss, Bernard Arnault). Collaborating closely with stylist and muse Marie-Amelié Sauvé, he has worked to make the Vuitton women less the esoteric and whimsical one proposed by his predecessor, Jacobs, and perhaps a bit more grounded, interested in technology and travel. During his brief respite between Balenciaga and the Vuitton appointment, it was rumored he was already working on an eponymous label. Speculation of acrimony or burnout are less part of the rumors and an exit in the rather banal fact that it has not been a runaway success, despite critical approval, in the way he turned Balenciaga around.

Should Ghesquière depart sooner or later, his heavily favored successor is 32-year old Irish designer Jonathan Anderson, creative director of both his eponymous J.W. Anderson label and the LVMH-owned Spanish leather goods house, Loewe. He is a favorite of Bernard Arnault and has created interest in the latter in record time, now a favorite of stylists and shops like Carine Roitfeld and Rei Kawakubo's Dover Street Market franchise. While designers a half generation above him have reacted against, and begun to all out reject, the crushing pace of fashion, he is vocal about how much he thrives on the speed and the constant yen to connect and tell the story of his brands. For his J.W. Anderson menswear show in January, he live-streamed the runway on the gay hook-up app Grindr. He also has had a successful, if just short of "It", bag with Loewe's Puzzle. If the LVMH suits were looking for a designer with high fashion experience and a seemingly endless reserve of energy and desire to create product, they could not find anyone more well suited.