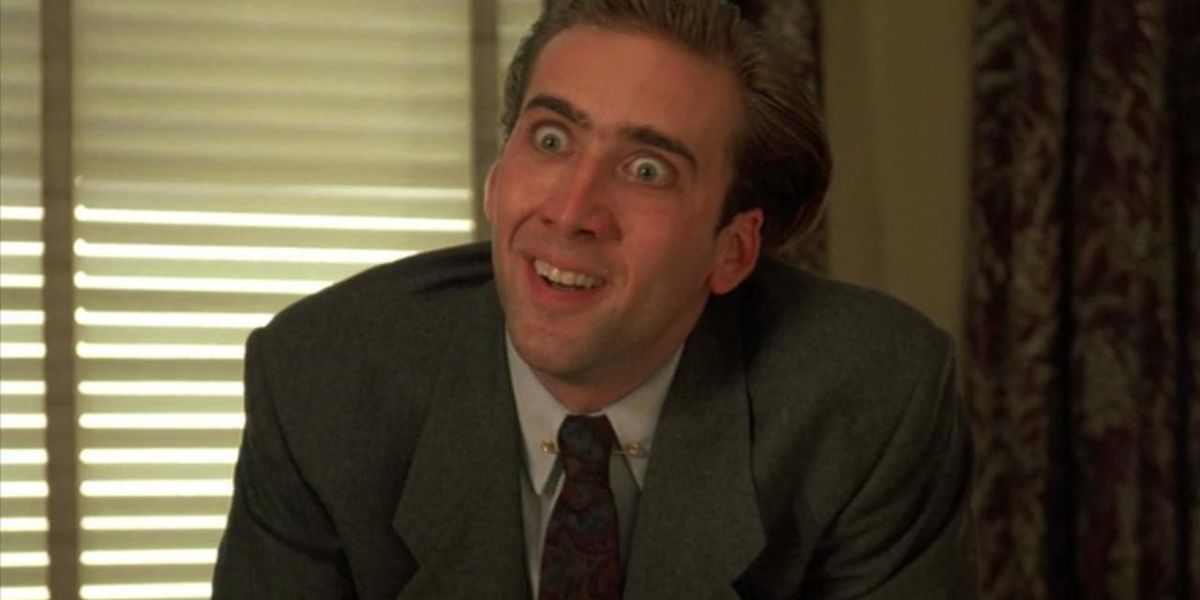 Perhaps the most Nicolas Cage and peak Hollywood story of all time:

The actor bought a rare Tyrannosaurus Rex skull for a shady gallery in 2007, for a cool $276,000; he allegedly beat out Leonardo DiCaprio for the prehistoric trophy, because of course he was also trying to buy it.


Unfortunately for Cage, the skull was illegally smuggled in from its native Mongolia, and the Mongolian government filed a successful suit to have it returned.

Isadore M. Chait--the SCIENTOLOGIST (of course) who ran the Beverly Hills gallery where the fossil was sold--purchased the skull from criminal paleontologist Eric Prokopi, who did the smuggling (and digging) with his accomplice wife.

Chait in the middle

Preet Bhahara--the US attorney who filed the suit on behalf of Mongolia, referred to Prokpoi as a "one man black market in prehistoric fossils."


According to this website, this was how Scientology's apparently PREMIER dinosaur fossil dealer listed the skull:

AN EXTREMELY RARE TYRANNOSAURID SKULL: Tyrannosaurus bataar, Late Cretaceous (67 million years), Nemegt Formation, Central Asia. Tyrannosaurus bataar is the closest dinosaur relative to the North American King of Dinosaurs, Tyrannosaurus-rex though it thrived on the Eurasian Continent approximately 2 million years earlier. Many similarities exist between the two Tyrannosaurus' species though Tyrannosaurus bataar was slightly smaller with shorter arms and a few minor differences in the skull. The present specimen is quite large for the species measuring 32 inches in length and has been professionally prepared in three-dimension with all of its natural matrix removed. It is approximately 65 percent complete with most of the restoration being on the back of the skull and the right mandible (lower jaw). The battery of huge, knife-like, serrated teeth are quite impressive and are in excellent condition, though some on the lower right jaw have been replaced. Overall, this remarkable specimen is scientifically accurate and important to our understanding of how tyrannosaurids lived.


It sounds like Cage was pretty oblivious to the sketchy transaction, and will not be face any prosecution.

The only hit Nicolas will suffer will be forking over his vessel of godly power, that I am almost 100% sure he slept with every night.


I imagine Nicolas shouted "MY KING!!!!!!" every time he walked into the room where the Rex skull hung.

When will David O. Russell be buying the rights to this story?

While I am absolutely not surprised this would happen to Nicolas Cage, I AM surprised that he had the money to buy it in the first place.

I guess saying yes to literally every script placed in front of you for the past 15 years has its perks...like buying a rare dinosaur skull that was illegally smuggled in from Mongolia.

My thoughts are with Nicolas at this assumedly difficult time.