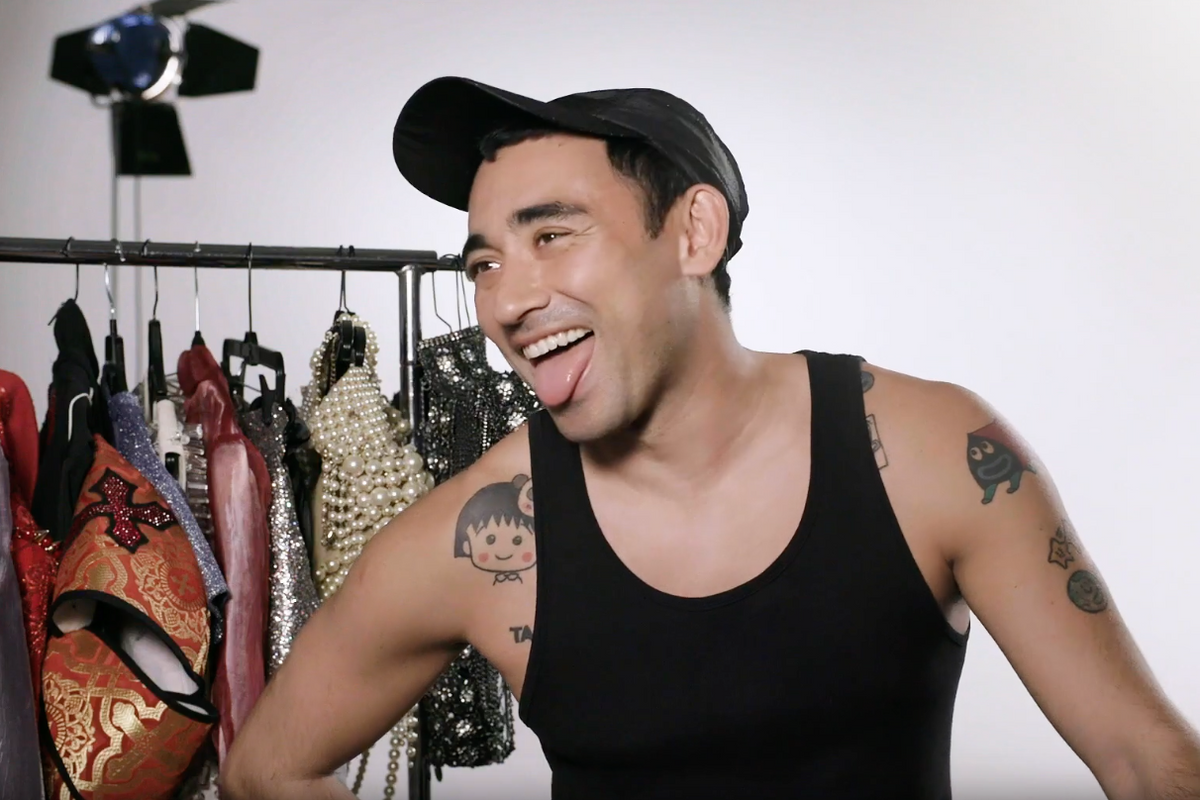 It's official — gone are the days of YouTube as the platform for anonymous teenagers to find international fame making beauty tutorials or vlogging the mundane aspects of their lives. In a somewhat unexpected but very 2019 phenomenon, big celebrities like Naomi Campbell, Victoria Beckham, and Marc Jacobs are launching their own channels on YouTube. Even Rihanna's had her go at a beauty tutorial or two for the sake of demonstrating her wildly popular Fenty beauty.

Adapting to the ever-changing media landscape, superstar industry leader Nicola Formichetti is also adding YouTuber to his resume. In a long career as an award-winning designer, creative director, stylist and editor among other things, Formichetti is joining the ranks of some very well-known content creators. "I've been obsessing with YouTube for a long time like everybody and I always wondered why the fashion industry hasn't really embraced it," Formichetti tells PAPER.

While the multi-hyphenate creative has been a fan of the platform for a long time, he was introduced to the idea by his longtime friend and fashion journalist, Derek Blasberg. Back in June, Blasberg was appointed to lead in fashion and beauty partnerships for YouTube and has since been recruiting his long list of famous friends onto the platform. "We were chatting and he kind of guided me into doing it, and I started getting really excited about doing something in a longer format," Formichetti says.

When it comes to deciding on content, Formichetti is casting a wide net, opting to showcase the variety of projects he's working on and places he's traveling to on any given day. After all, the longtime friend and collaborator to Lady Gaga technically has more content than there are hours in the day to share it. Excited about getting into vlogging and doing a series of fashion transformations on his channel, the designer is feeling it out as he goes along.

For his first collaboration, Formichetti tells PAPER he'll be teaming up with the boy wonder of makeup and YouTube vetreran, James Charles. "YouTubers are so big in their community but we don't really hear about them in the fashion world. I want to bridge those two worlds of the YouTube community and fashion so that's why usually I'm really focused on working with YouTubers," he says.