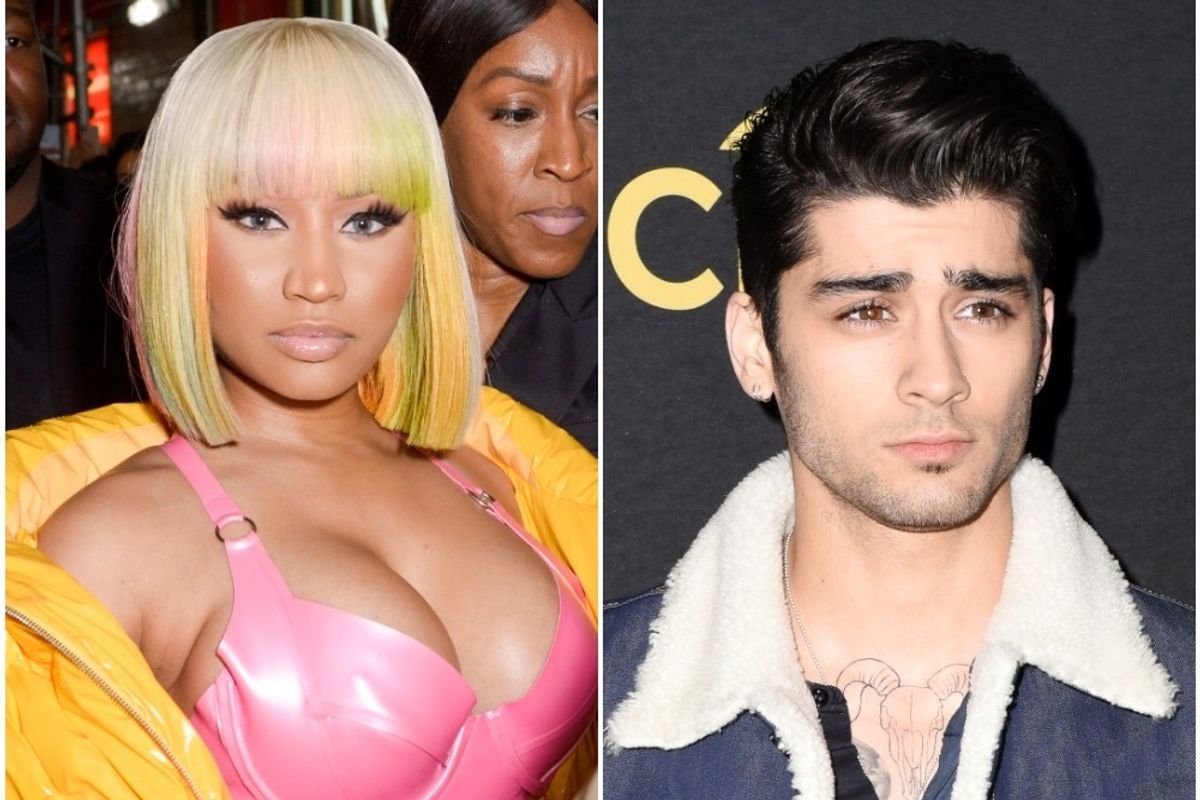 "No Candle No Light" is a simmering bop.

Nobody saw this coming. Nicki Minaj and Zayn just dropped their first collaboration, a song called "No Candle No Light."

Though the song is a metaphor for dimmed passion in a relationship, the EDM and reggae-inflected track simmers with Nicki's and Zayn's chemistry, as the duo sing verses about waking up on the wrong side of the bed. It's here and over in three minutes.

The song is the one of several recent collaborations of Nicki's since Queen, having recently guested on the "Dip" remix with Tyga and an "Icon" remake with K-pop sensations, BTS. For Zayn, "No Candle No Light" marks his latest single in string of new releases this year, including "Let Me," "Sour Diesel," and "Too Much" (with Timbaland). All signs point to "No Candle No Light" likely being an addition to Zayn's upcoming, as-yet-unannounced album, which would serve as a follow-up to Mind of Mine, his 2016 solo debut post-One Direction.

Enjoy "No Candle No Light" below: