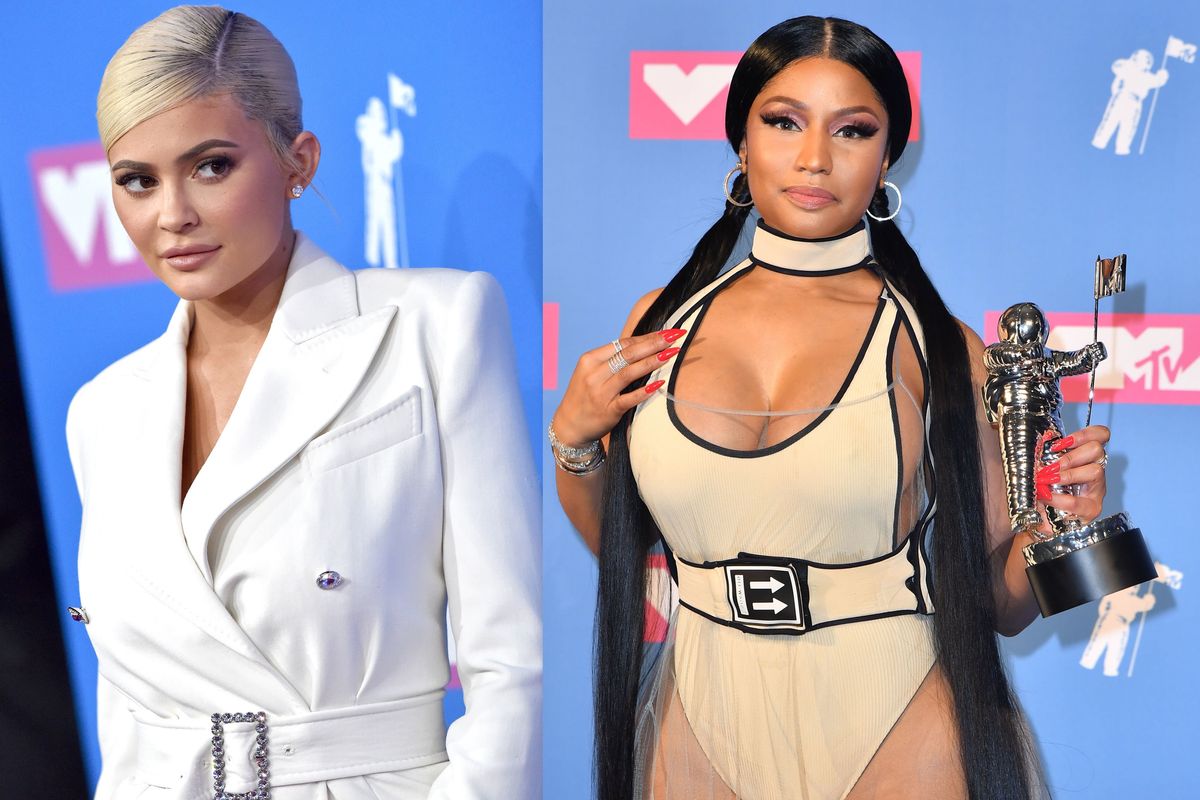 Fighting online is all fun and games until that awkward moment you run into your opponent face-to-face IRL. Nicki Minaj took to Twitter to air out her frustrations with Kylie Jenner's beau, Travis Scott, and his marketing methods for the rollout of Astroworld, Minaj and Jenner found themselves on the VMAs carpet together. TMZ, pop culture's dutiful surveillance camera, captured the moment on camera, and it appears Jenner quickly turns to avoid a direct run-in with Minaj.

Minaj had complained that Scott's Astroworld only reached #1 on the Billboard charts (which Minaj's Queen did not) because of Kylie's promotional help to her huge fanbase and the bundling of album sales and merch.

Though Scott and Jenner didn't respond publicly to the tweets, they were clearly aware of them, having had their seats moved at the VMAs to sit further away from Minaj (they were originally going to sit right behind her).

On her latest episode of Queen radio, Minaj clarified that it's all love between her and Kylie despite her tweets, saying in response to the video, "She gotta ride with her man, why the fuck wouldn't she?"

"We're not gonna make this what it's not," she continued. "She's a dope girl...This is strictly about music, she has nothing to do with this. My fans are not feeding into this. We love Kylie."

Just last Thursday, Minaj gave Scott's co-manager Irving Azoff the "Cock Sucka of the Day Award" for launching what she believes is a smear campaign against her tour with Future, which has been rescheduled due to allegedly low ticket sales. We might want to give this one some time to play itself out.