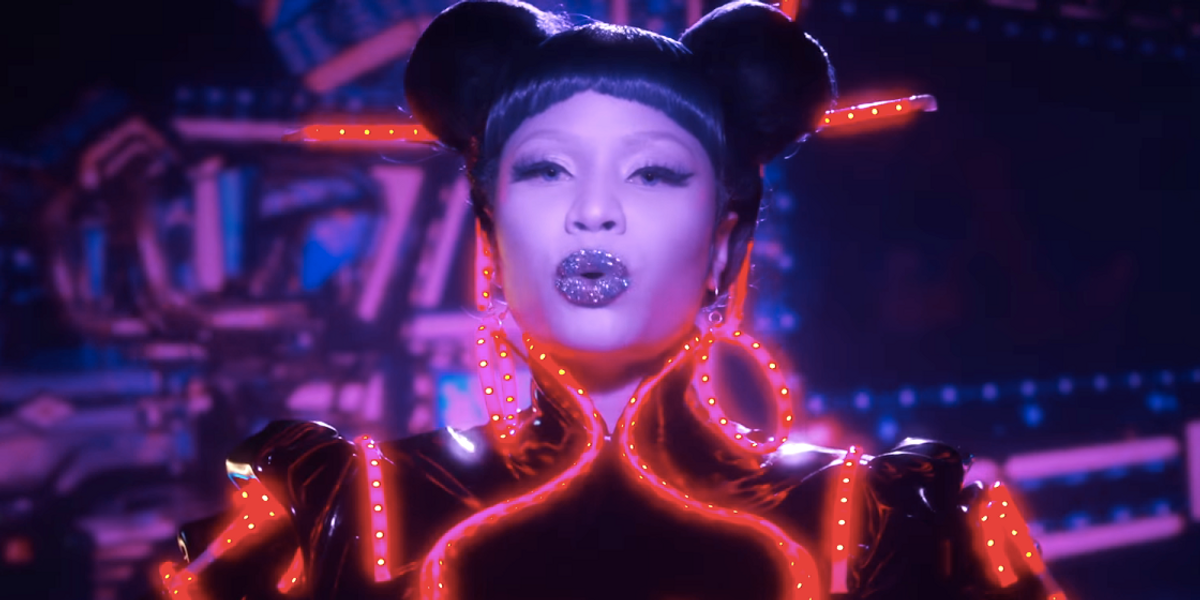 Nicki Minaj Is Making Us Wait Longer for Her Regal Return

Here's something to chew on. If you'll recall, Nicki Minaj, in very Minajian fashion, announced her imminent album release date at the Met Gala, obliquely referencing sinister lyrics from "Chun-Li" ("They makin' me out to be the bad guy") while dressed in Oscar de la Renta as the literal devil to subvert the Gala's "Heavenly Bodies" theme, because of course she did. Queen was due to arrive June 15, and we've all been gagging since just wondering how on earth an album of such regal stature could even sound.

Now, Nicki appears to have pushed up her album release date.

Pitchfork reports that Nicki's initial release date was pushed by her record label. Her reasoning for doing so helps her bide more time to make the album just right. "I love my label, but I'm happy that I've always been blessed to have the freedom and the creativity to do what I want, when I wan, how I want it." Nicki explained, "Trust me, it's the better choice." Furthermore, Nicki teased out her announcement, much to fans' hilariously meme-savvy chagrin, of course:

I guess all this means is we'll have to live through the summer, and a countdown clock and Princess Diana memes until Queen finally blesses us with rare access to Nicki's throne.

In the meantime, relive the magic (and the looques) of "Barbie Tingz" and "Chun-Li," below.