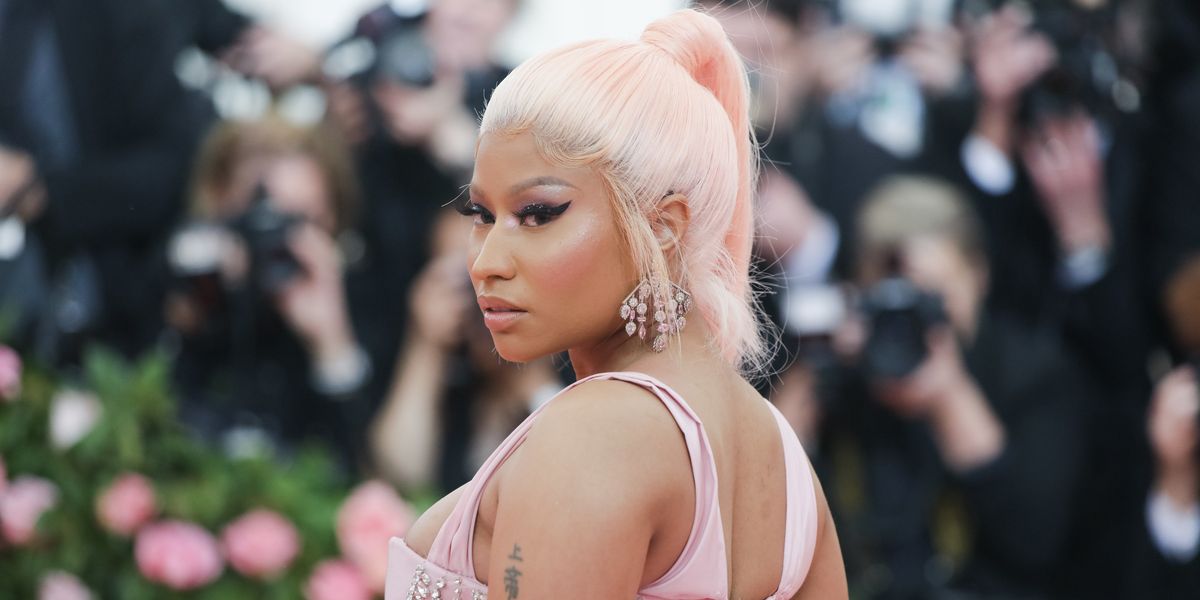 Well, there are just blessings on top of blessings coming out of the debut Chance the Rapper record, The Big Day. "'Bout to walk down the aisle and be a mommy," is the verse on everyone's lips today, a line from Nicki Minaj's feature on the finale song, "Zanies and Fools." Speculation has been rampant this month about the status of the rapper's relationship with her boyfriend, Kenneth Petty, and she confirmed on her Queen Radio show recently that she had, in fact, obtained a marriage license.

Now, the Barbz have been buzzing about the possibility of Minaj being pregnant — a rumor that took flight after she tweeted about a recent collaboration between herself, Jimmy Fallon, and Red Lobster. In the collab video, Minaj and Fallon go on a date to Red Lobster and try out a variety of menu items, laughing over Minaj's prior experience working for the seafood chain. Her tweet after the drop of the video had some stans suspicious, however, and the rumors began flying.

It appears that Minaj has confirmed the rumors in one of her features on Chance The Rapper's new record, delivering a finale verse filled to the brim with freshly brewed truth tea. The production of the track is similarly fabulous as the rest of the album, with an optimistic chorus of voices singing over a catchy beat, "It's possible to me." While that's all well and good, Barbz are concerned with one thing and one thing only: is Minaj pregnant or not?

We'll stay on top of the story and await official confirmation from Minaj, probably via Twitter later this evening, but until then, it seems as there's a Lil' Minaj on the way.