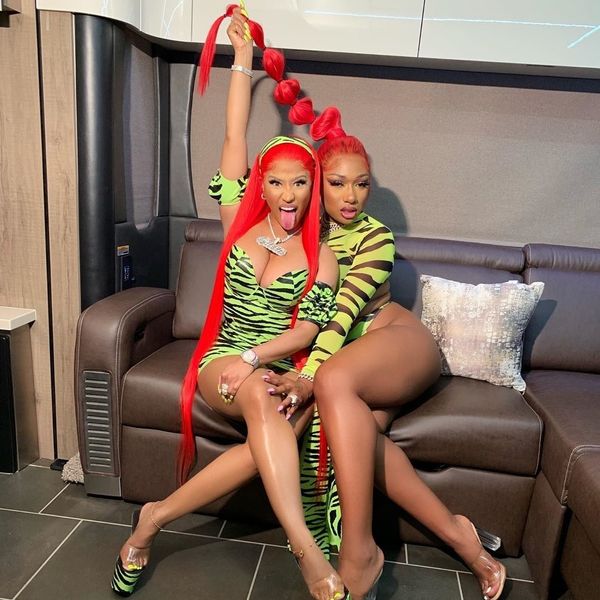 There is no time for paperwork when you're having a hot girl summer. TMZ is reporting that LAPD shut down the video shoot for Megan Thee Stallion, Nicki Minaj and Ty Dolla $ign's royal banger "Hot Girl Summer" at a house in the heart of Hollywood's Mount Olympus neighborhood.

According to TMZ's law enforcement sources, cops crashed the shoot after LAPD received a tip that Megan and Nicki didn't have the proper paperwork, rolled up and shut down production in full swing. Extremely uncool!

Don't worry though. Try as they might, the police aren't strong enough to stop Megan and Nicki from living their hot girl summer. Already all suited up in animal print glory, they weren't about to quit for the day, and instead just moved the whole production to another mansion in Chino Hills, a suburb of East LA. The shoot was reportedly finished as planned and is on schedule for release.

Hot Girl Meg on Instagram: “Fren on the slay”

According to TMZ, it has some exotic animal cameos to match Nicki and Meg's 'fits. Get excited, the video is shaping up to the best thing since "Feelin' Myself." Stream "Hot Girl Summer!"