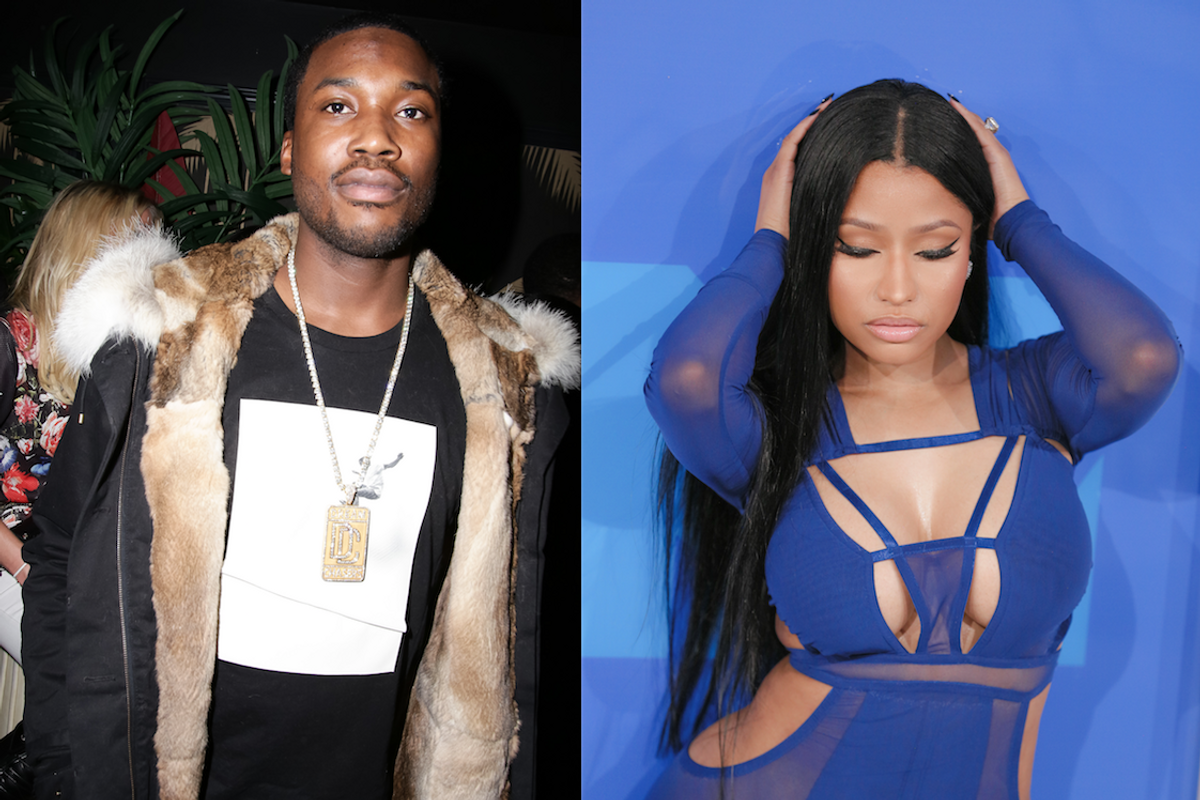 Nicki Minaj has been involved in a lot of drama recently. So you can only imagine what the rapper would be going through if she also had to deal with the drama of her ex-boyfriend Meek Mill, who was charged with assault today after getting into a fight with a St. Louis airport employee who made the mistake of asking the rapper for a photo.

Scratch that. Nicki definitely wouldn't be the happiest girlfriend. Speaking exclusively to Hollywood Life, a source close to her said that Nicki "thinks it's ridiculous that Meek got in trouble and is embarrassed for him over the incident." The source continued, "Even if he was justified or was doing something out of self-defense, he should have a bodyguard to take [care] of situations like that so he doesn't get in hot water."

Nicki, who knows a thing or two about how celebrities are treated in the industry, apparently also believes that "people are going to blame the celebrity every time until proven otherwise and [Nicki] thinks he's stupid for allowing things to get this far." As far as whether the "No Frauds" rapper misses Meek at all? Nah. "Nicki is SO glad that she isn't with Meek anymore. She wouldn't want the collateral damage in the press she would have received if they were still dating."

There you have it. Nicki Minaj: Queen of Press.