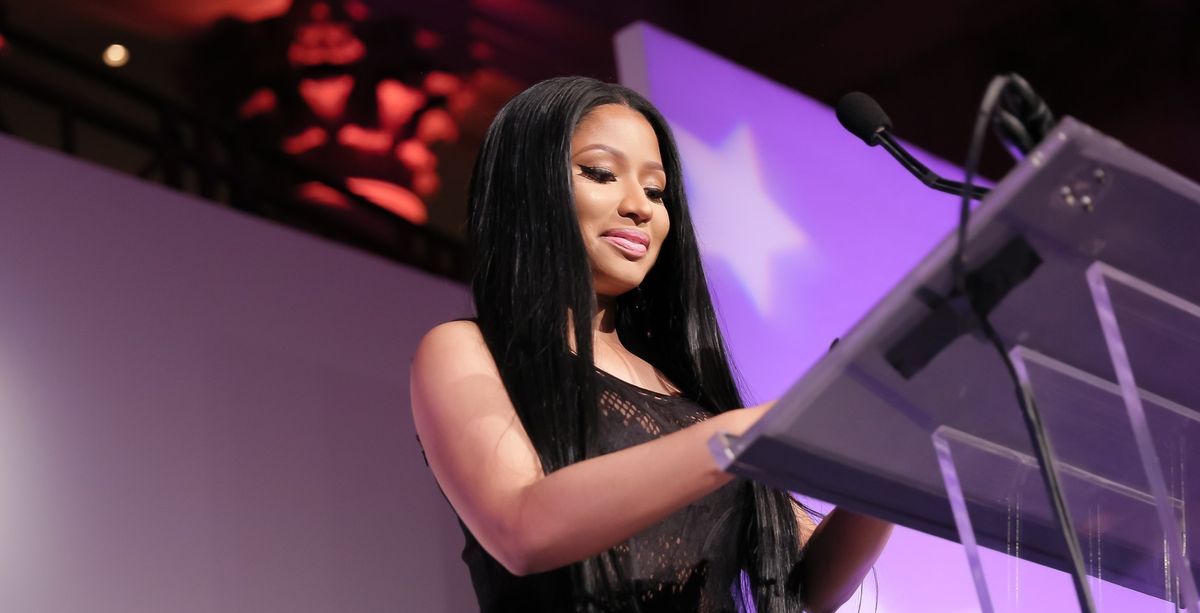 Nicki Minaj is not having it with Italian shoe designer Giuseppe Zanotti.

Yep, earlier this morning, Minaj took to her Instagram and Twitter to level claims of "racism and disrespect" at the designer after his reps reportedly refused to talk about a collaboration.

This is wonderful. #GiuseppeZanotti seems to think it's ok to name his sneakers after me but his PR says they won't take our call. Lol.
— NICKI MINAJ (@NICKIMINAJ) February 3, 2017

Recently when he gave other artists capsule collections, my agency reached out and was told they're not taking our call. 🤔
— NICKI MINAJ (@NICKIMINAJ) February 3, 2017

A slight that's made more egregious and shady by the fact that Zanotti's admitted to being inspired by the musician, as proven by his nice 23-pair "NICKI" line.

...that dude admitted was inspired by Minaj herself.

I met #GiuseppeZanotti years ago. At which time, he told me I inspired him to design a sneaker in my honor. Wore them on the cover of Cosmo
— NICKI MINAJ (@NICKIMINAJ) February 3, 2017

Just go on google, you'll see all the different pairs he's named after me. Lil black girl can inspire u but ain't worth a collection my nig?
— NICKI MINAJ (@NICKIMINAJ) February 3, 2017

However, Minaj says that it's more about the fact that he won't give her a second, and less about the money involved.

Don't care about the money. It's just the disrespect. You're not taking MY call? Lol. Give some money to charity in my name or smthn. 🙏🏽
— NICKI MINAJ (@NICKIMINAJ) February 3, 2017

She even made a Twitter poll, which is when you know the drag is real.


...and even grammed a couple of (now-deleted) photos of her with Zanotti.

And now that #GiuseppeWhatsGood is trending, it looks like all that's missing now is a cover of "Pick Up The Phone".