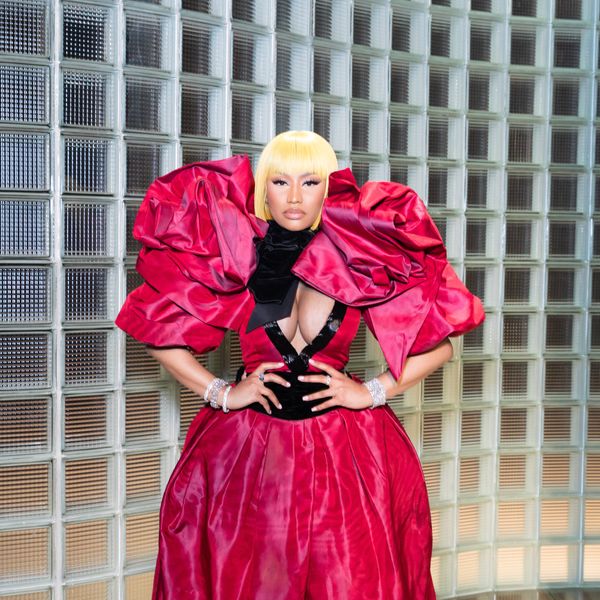 Nicki Minaj posted two videos on Instagram announcing a new documentary, Queen. While it's pegged to the making of her most recent album, Minaj did not give any details regarding the project's release (she just said it's "coming soon").

But the Instagram posts are revealing in other, far more significant ways. In a raw, emotional confessional, the rapper discusses her history with domestic abuse. "My mother would let my father be violent with her," Minaj said, adding that as a child she would stand protectively in front of her mother, arms out.

"Maybe some people would describe me as abrasive or bitchy or whatever, because from a young age I vowed that no man would ever abuse me," she said. "And all of the sudden, that was my life."

Minaj detailed an abusive relationship, saying that she "let one human being make me so low, that I didn't even remember who I was." She said that she was scared to get in the studio, wondering, through tears, "who was I gonna inspire, when I had nothing in me to give?"

According to the interview, recording the album helped Minaj feel like herself again. Watch the teasers, below.