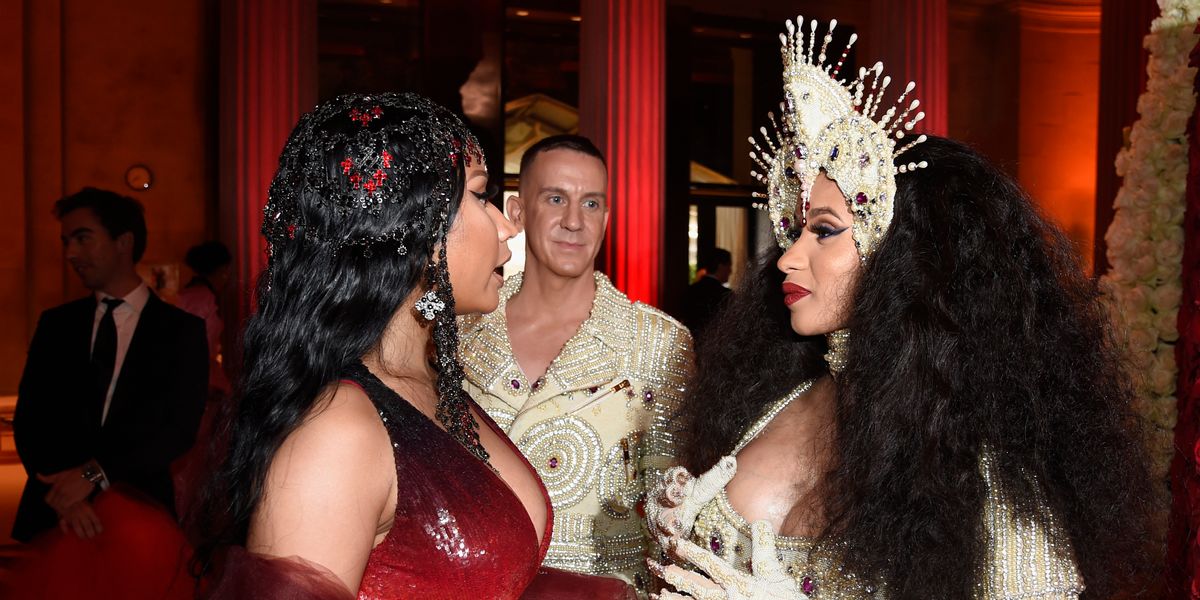 Nicki Minaj Hired the Bartenders From Her Cardi B Brawl

Did you really think this beef was quashed? You did not! You were waiting for more! And here it is: Nicki Minaj is using her music to get inside Cardi B's head, creating yet more drama between two very talented female rappers who in an alternate, better universe would be close friends and collaborators.

You can trace all of this back, obviously, to the Harper's Bazaar Party Shoe Throwing Incident that defined New York Fashion Week — when months of rivalry and tension between Nicki and Cardi came to a head.

Even though the two rappers supposedly made peace in October, things started heating up again last week, when Nicki seemed to unflatteringly reference Cardi on her track with Tekashi 6ix9ine (yes), "MAMA." It was highly speculated by fans that the lyric "I was out in Spain rockin' a Medusa head/ I ain't never have to give a rap producer head" accused Cardi B of giving sexual favors to get ahead in her career. Cardi B issued an Instagram story denial of this, obviously.

Nicki has already launched her next attack, by casting the two bartender sisters who Cardi's crew brawled with earlier this year in her next music video, "Good Form" featuring Lil Wayne. A bold move.

A fiery response from Cardi B will likely be posted any second now, so stay tuned.