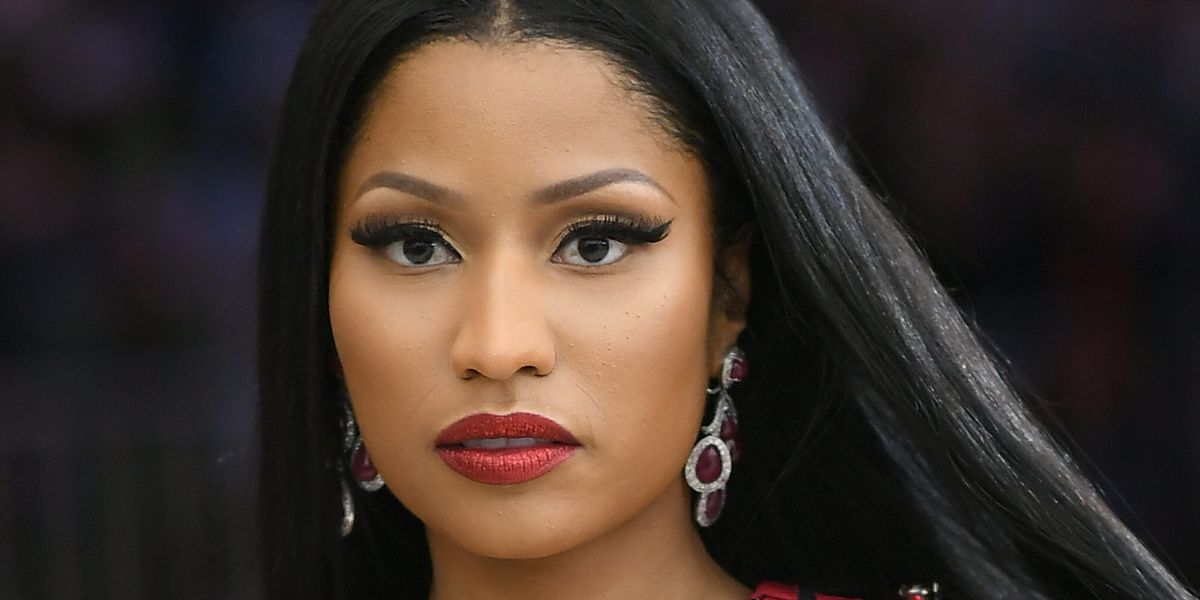 Nicki Minaj drew mixed reactions from fans this month when she announced she would headline Saudi Arabia's Jeddah World Fest on July 18. After pressure from fans and advocacy organizations, she's now officially pulled out of the event, citing support for the LGBTQ community, women's rights and freedom of expression.

"After careful reflection I have decided to no longer move forward with my scheduled concert at Jeddah World Fest," Minaj said in a statement Tuesday to Associated Press. She continued: "While I want nothing more than to bring my show to fans in Saudi Arabia, after better educating myself on the issues, I believe it is important for me to make clear my support for the rights of women, the LGBTQ community and freedom of expression."

Immediately after the announcement, fans questioned the ethics of Nicki profiting from a festival financed by the Saudi Arabian crown, a dictatorship that enforces some of the harshest anti-LGBTQ and anti-free speech policies in the world. Crown Prince Mohammed Bin Salman's administration is largely believed to be responsible for the assassination of Washington Post journalist Jamal Khashoggi in Turkey last year. Others still, argued booking Nicki was simply a publicity stunt, designed to virtue-signal cultural liberalism, without addressing policies that enforce censorship or discrimination. Others simply asked if she, an artist who's creative project is premised on sexual self-ownership, would censor her lyrics or change the way she dresses for the show.

The backlash reached a fever pitch last week, with an open letter from non-profit, Human Rights Foundation, asking Nicki to pull out of the show "as a symbol of solidarity with the ongoing suffering of the Saudi people."

"Crown Prince Mohammed bin Salman (MBS) is the individual who authorized and is financing your seven-figure performance at the event," the letter, written by Thor Halvorssen. It concluded: "If you move forward with this performance for a festival sponsored by the Crown Prince, you will be in league with the people who respond to freedom of expression and thought with murder... HRF believes that your participation in a performance sponsored by a murderous, repressive regime involved in gross human rights violations — especially of women and sexual minorities — would be highly unfortunate... for a public figure of your standing who has articulated a commitment to education, women's rights, and social justice."

He argued that Nicki has a duty to women and LGBTQ fans and citizens of Saudi Arabia. "You recently celebrated Pride Week to stand in solidarity with the LGBTQ community" he writes, continuing "Yet, if you move forward with this performance, you will be condoning, and serving the public relations of a government that executes homosexuals for the "crime" of being who they are. Just three months ago five gay men were beheaded after they confessed to crimes under torture." He also pointed out: "Any woman attending your performance will require permission from a man and will have to be accompanied to go there."

These considerations were a part of Nicki's decision: she asked fans for advice about how free and safe queer people and women would be attending the show.

Booking shows in Saudi Arabia has become a controversial move for artists — parallel to the situation for artists considering performing in Israel. The lens of the artistic boycott debate has become trained on Saudi Arabias, as the kingdom has opened its doors to more diverse, international artists. Recently, Mariah Carey, Enrique Iglesias, the Black Eyed Peas, rapper Sean Paul, and DJs David Guetta and Tiesto have all performed here. "That's a stark change from when Saudi morality police would raid establishments that played loud music," AP points out.

Related | The Organization Teaching Girls in Afghanistan to Skateboard

Jeddah World Fest's website still shows that Liam Payne, Steve Aoki, R3Wire and Varski MC are still advertised as a part of the line-up, while any mention of Nicki has been removed.

"This is what leadership looks like. We are grateful to Nicki Minaj for her inspiring and thoughtful decision to reject the Saudi regime's transparent attempt at using her for a public relations stunt," said Halvorssen, in response to Nicki's announcement. "The July 18 festival in Saudi Arabia still shows Liam Payne as a performer. We hope that he follows Nicki Minaj's lead. Minaj's moral stance differs from celebrity performers like J-Lo and Mariah Carey who in the past have chosen to line their pockets with millions of dollars and stand with dictatorial governments as opposed to with oppressed communities and imprisoned human rights activists."