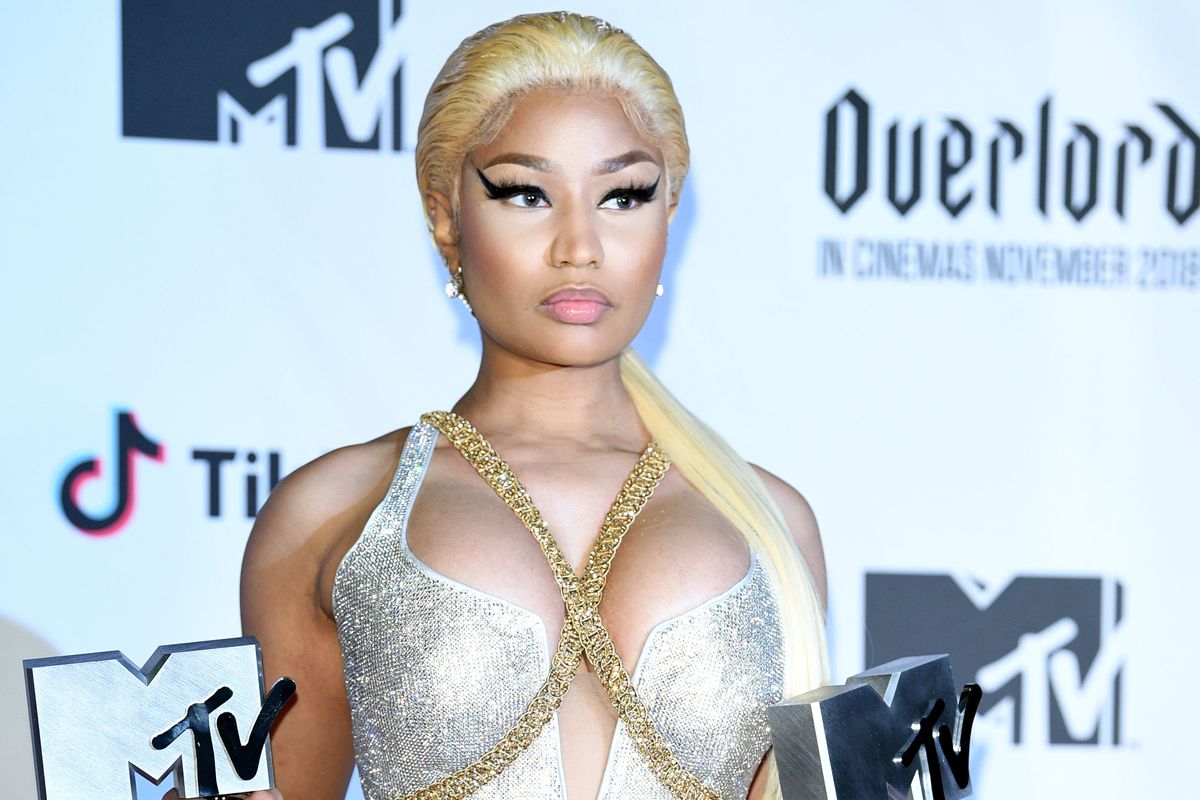 It's been five long months since we heard Nicki Minaj's latest album Queen, which included some of the best songs of the year — although she's kept us satiated with wild music videos, and of course, wild drama.

Last night on her Beats1 Queen Radio hour — which has become her preferred platform for dropping bombs — Nicki shared her first new music since Queen: two remixes. She gave fans a general update before launching into a freestyle version of Meek Mill and Drake's "Going Bad," re-titled "Barbie Goin Bad."

It's poison-slow, spicy and includes some of Nicki's classic manic cackling. She brags about breaking Aretha Franklin's Billboard record ("I got more slaps than Aretha") and employs her signature diss: "You bitches still my sons, learn your As and Bs." The remix also includes this strange and excellent bedroom flex: "Suck his dick through his shorts/ Then I ride him like a whore/ I mean a horse, I'm a boss." It also probably includes a dig at Cardi with the line, "Imitating Nicki while your ghostwriter dissin' me." To be expected.

The second remix is Nicki's take on Lil Baby and Gunna's "Drip Harder," in which she flips the Atlanta rappers' verses to her own bedroom preferences: "Drip too hard, got his dick too hard/ He gon' fuck around and drown off this wave/ Pretty little toes, stuntin' on these hoes/Buy another bag soon as I get paid."

According to Dazed, the episode also included the announcement that Nicki has new music coming with Juice Wrld, and a live visit in the studio from Soulja Boy, who revealed he'll be joining Soulja and Nicki on tour in Europe soon.

Enjoy the new Nicki, and check out the originals below.