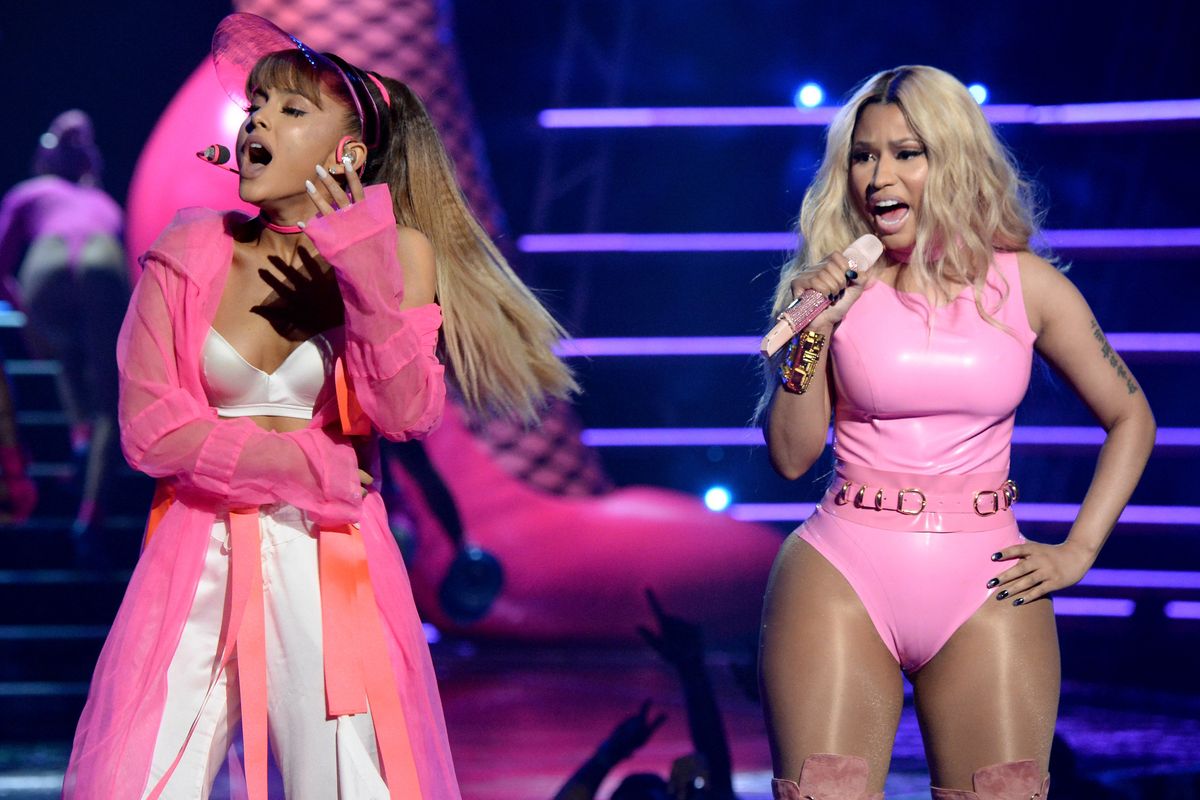 The much awaited "Bed (feat. Ariana Grande)" music video is finally here! Nicki Minaj and Ariana Grande have been teasing us for so long, with posts of bubble-filled pools, bikini pics, and sunsets on social media. And now, they've finally dropped the video for their summer bop on Friday night, and it's every bit as hot as we expected it to be.

It was obvious that they had a great time splashing around, although Ari doesn't get screen time in the water. Nicki changes into a number of sultry swimmies, including a My Little Pony one piece, looking fine AF (was there even a doubt?). But it looks like the rapper needed a little bit of assistance squeezing her booty into the mermaid tail she sported while shooting. (Watch until the end of the video below.)

Still, the MV lived up to the hype, and it's got everyone wanting to run to the beach—secretly hoping a Minaj mermaid makes an appearance.

"Bed" is the second track in Nicki Minaj's upcoming fourth studio album, Queen, which comes out on August 10. Watch the full music video below.