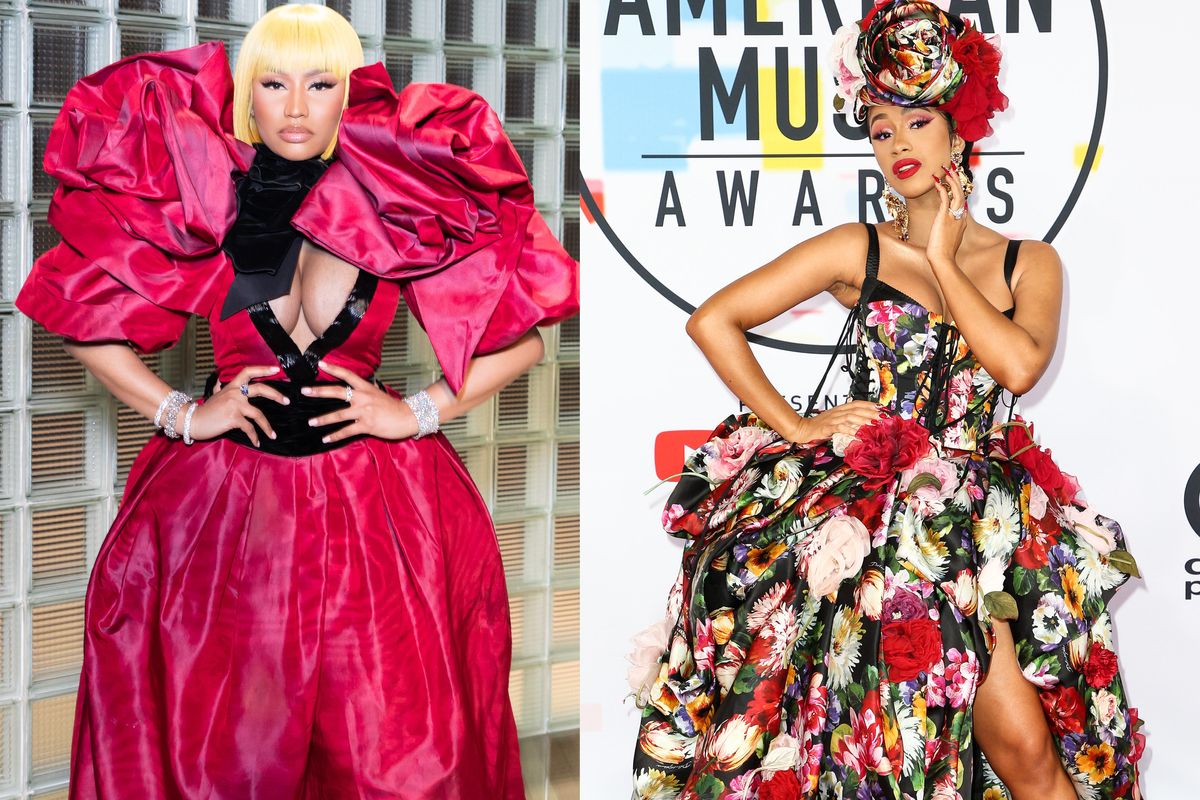 Nicki Minaj Offers $100K for Footage of Cardi B Fight

Nicki Minaj is far from done discussing her problems with Cardi B. On the most recent episode of Queen Radio, after DJ Boof performed a set featuring a number of Nicki's classic songs, Minaj started off the surprise segment by saying that while she didn't only want the radio show to be associated with negativity, she did have a few more words to say about her beef with the Invasion of Privacy rapper.

Referencing their now infamous scuffle at a Harper's Bazaar fashion week party in New York last month, Miaj said she'd offer $100,000 to anyone who leaks footage of the fight. "Rah [Ali, Nicki Minaj's friend] beat Cardi's ass really bad," Minaj said of the incident, which left Cardi shoeless and with a sizable lump on her forehead. Minaj said there's security footage of what happened (currently there's just some shaky iPhone video) and said to Cardi on air: "Rah beat you so bad that I was mad at Rah."

She also claimed that Cardi's sister Hennessy Carolina lied when she said that Minaj leaked Cardi's phone number so her fans could harass her.

Nene Leakes of the Real Housewives of Atlanta also called in for a chat, followed by an appearance by Tyga, whose remix of his track "Dip" and accompanying video (both featuring Nicki) premiered on the show today.