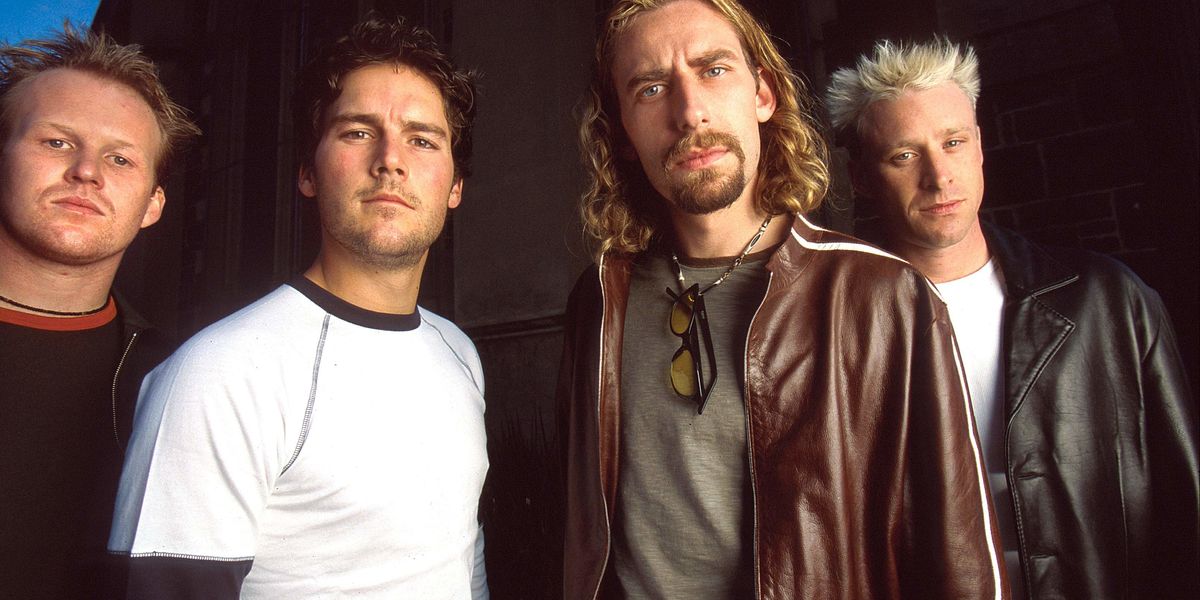 As proof that we're living in some sort of sadistic simulation, Nickelback is currently public enemy number one amongst Trump supporters.

That's right, Canada's most dubious cultural export is facing massive online backlash from MAGA trolls, many of whom claim in the same breath to now be former fans. Why? Well, it all started after Trump himself shared their music via Twitter.

In some sort of attempted meme-age, the president posted a clip from Nickelback's music video for their 2005 song "Photograph," alongside the lyric, "LOOK AT THIS PHOTOGRAPH!" yesterday. The photograph in question was (naturally) edited to make it seem as if frontman Chad Kroeger was holding a picture of Democratic presidential contender Joe Biden and his son Hunter golfing with a Ukrainian energy company board member. In the midst of the Democrats' impeachment inquiry, this latest effort appears to be part of Trump's ongoing attempts to pressure Ukraine into investigating the Biden family over what many are calling a "bogus conspiracy theory."

LOOK AT THIS PHOTOGRAPH! pic.twitter.com/QQYTqG4KTt

That said, it didn't take long for Twitter to take down the video following a copyright violation claim from the band's label, Warner Music Group. And while it's unclear whether Nickelback had anything to do with the complaint itself, per the New York Times, that hasn't stopped Trump supporters from voicing their outrage.

"Make America Hate Nickelback Again!" American Majority leader Matt Batzel tweeted. "Nickelback was thrilled they were trending on Twitter so they complained to make sure they could unite the nation against them."

Others, like actor Kristy Swanson, alluded that they were now former fans and would be "returning the song" to iTunes — though you'd think an actual fan would've owned Nickelback's biggest single beforehand. Meanwhile, some just opted to re-upload the video themselves.

Make America Hate Nickelback Again! Nickelback was thrilled they were trending on Twitter so they complained to make sure they could unite the nation against them #maga https://t.co/I9hgVa2Wod

Nickelback had a great chance to show their open-mindedness but they blew it by asking Twitter to remove it from Trump's viral tweet.
Like many others, I downloaded it.
Here it is again! pic.twitter.com/FD5ktqtG9L

Hey @Nickelback this is such a bunch of bull that you would disable the media on this. I bought your song on iTunes 9 hours ago because I loved @realDonaldTrump’s tweet so much & I’ve also always been a fan of you guys. Now I want to return the song & get my nickels back!! https://t.co/IG9PgJ1WNV

I can't believe the babies took it down. pic.twitter.com/FqRn2Ngedm

That said, this current situation has also apparently ingratiated Nickelback to some extent. As comedian Brian Gaar joked, "I've always said that Nickelback is more punk than the Sex Pistols."

I've always said that Nickelback is more punk than the Sex Pistols pic.twitter.com/85jIwR950f

- Tries to conspire with China to rig the election
- Impeachment polls rise even more
- Throws tantrum about Greta Thunberg
- Nickelback slam dunks him
- HE'S LOSING TO NICKELBACK AND A LITTLE GIRL
- Trump is going to prison
- It’s still only 11:20am

Either way, Nickelback and Warner Music Group have yet to respond.