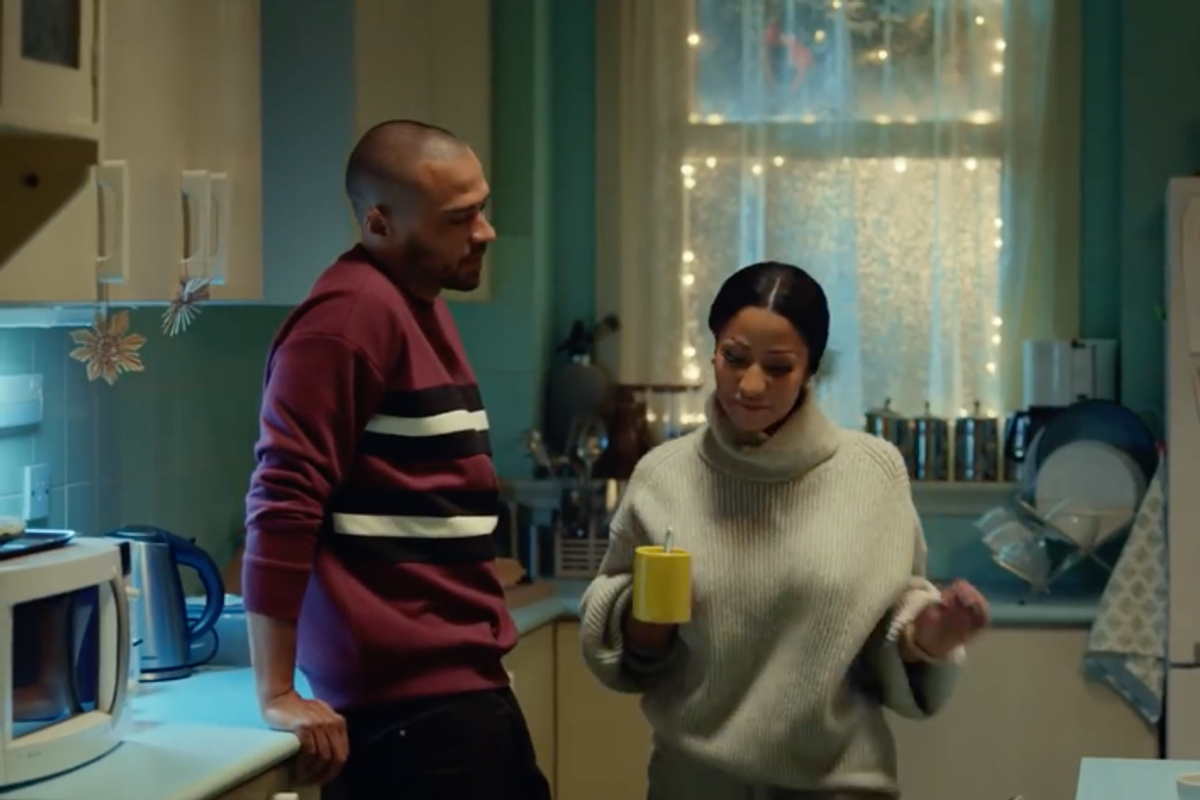 H&M, recognizing that Nicki Minaj can play a character better than most, scooped her up for their latest campaign. In the three minute holiday-themed commercial, she stars alongside actor-activist Jesse Williams as the two sport H&M looks while putting their unnamed daughter to bed before Christmas. Filmed by photographer Tim Walker and director Johan Renck, the short video shows Minaj and Williams transform into magical fairies while reading their daughter a book:

Side note: Domestic Nicki might be our new favorite Nicki.