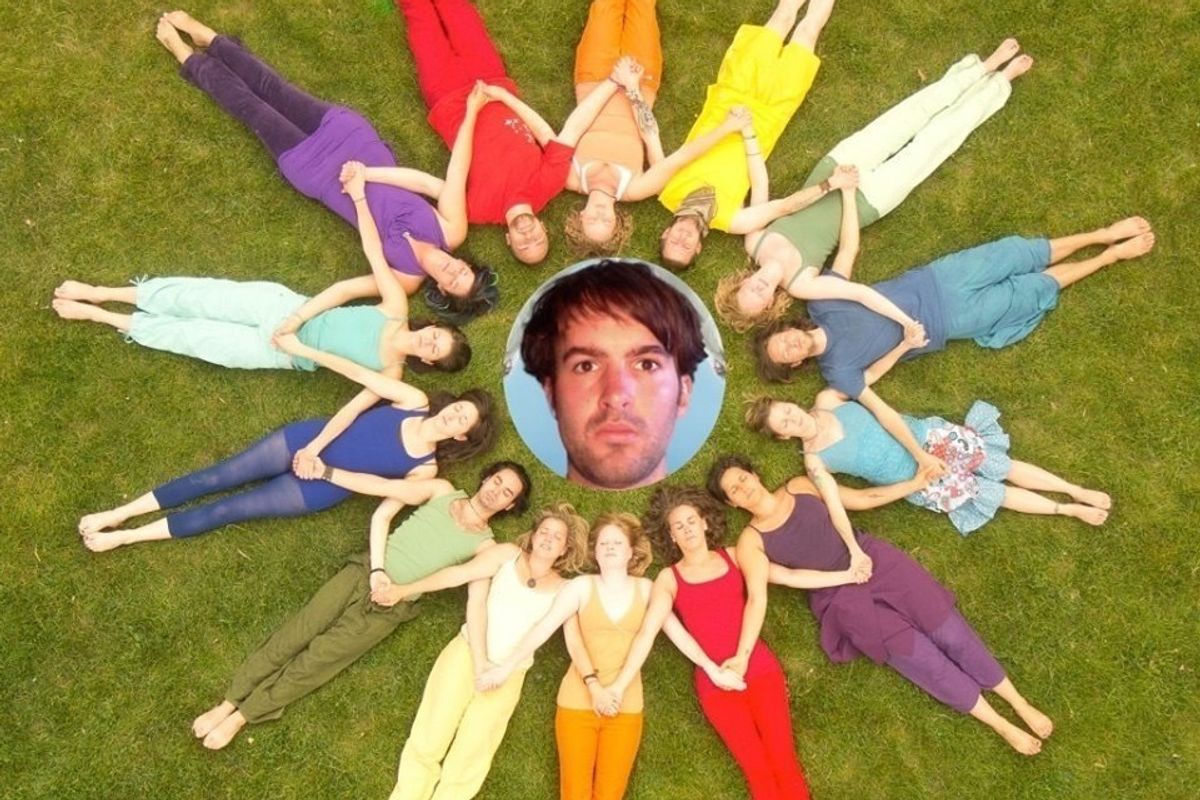 Australian comedian/performance artist Nick Coyle is a rising star on the stand-up circuit, whose satirical "guided meditations" have made him a standout at numerous international comedy festivals.

Coyle uses audience participation--he literally has audience members lie down on the ground--as a prop for his genius parody of the often ghoulish industry of spiritual health and 'life coaching.'

With sold out shows at the Edinburgh Fringe Festival, and numerous accolades, including Best On Stage at the Sydney Music and Culture Awards in 2011 and 2013, Nick is bringing his next-level show stateside, with a performance at Brooklyn's Union Hall on this coming Tuesday (January 19th), produced by PAPER favorite, John Early.

His performance's tongue in cheek description:

Namaste, friend.
You're stressed out. You're tense.
Your life's a joke, you're broke, your love life's DOA.
Well why not join Nick Coyle, one of Australia's smallest wizards, as he leads you on a very primal guided meditation, (despite being completely unqualified) after a sell out season at the Edinburgh Fringe Festival.

You can look forward to:

In honor of PAPER's health and wellness month, we touched base with Nick for a quick meet and greet.

Where are you based, and what do you do for a living?

I'm based in Sydney but I do have a Stevie Nicks heart, in that it's the heart of a gypsy, so my home is kind of wherever I lay my kindle/bindle. I write plays and put on one man shows which have played to small audiences All! Around! The World!

When did you first get into comedy, and who are your favorite comedian?

I started writing comedy at university which meant I never graduated (no regrets). Initially I was in a sketch group but then I went rogue. My favorite comedians are women.

How did you get into performing satirical guided meditations?

I used to host a radio show and I would end each episode with a comedy guided meditation. I found out later that people would sit down and do them for real, in their homes and worryingly, in their cars, so I decided to capitalise on this. I made it an hour, bought three battery operated candles, downloaded some whale song and the universe/my ferocious talent took care of the rest.

In your shows, the audience lays down as you perform—in general, how do audience members respond to this premise, or does it vary?

Everyone feels a combination of gratitude and humiliation which interestingly adds to the laughter. Do old people fall asleep? Yes. They do. Every show. Which is why now there are a few explosive sound effects to keep everyone on the same page. The awake page. It's a comedy show but I try to make it as close to a real meditation as possible and people do walk away dangerously relaxed.In the Brooklyn show people are going to be in seats so I'll have to use some devilish tactics to smuggle them into the Serenity Zone.

Have you ever heard back from former audience members seeking your legitimate, continued consultation via social media?

Yes. And I have done this. I know how this sounds, but I will basically do anything for money.

French kissing a cat to lift a curse. I just made that up but I bet it's happened.

Is there a specific 'healer' or guru who inspired you in the first place?

Oprah. Just kidding. No, I just wanted to tap into that self-help genre that everyone is pretty familiar with, even if by osmosis. I'm dangerously unqualified, but I did research cult leaders and hypnotists and stole some of their tricks. I want the show to be as immersive as possible, as personalised to each audience member as possible, but before this becomes a grant application, I also wanted to make a show that was unashamedly stupid.

Do you practice authentic meditation on your own? If not, what's your go-to method of improving spiritual health?

God no. But honestly? I wish I did. The idea of closing every tab, every window, and looking at my brain directly in the face terrifies me. But I feel like I will definitely get into mediation in a big way after my breakdown. Right now life is too sumptuous a banquet!

Other than this current tour, what else can we look forward to from you?

Watch this space, because this star is on the rise! Jokes aside, though, there's nothing.