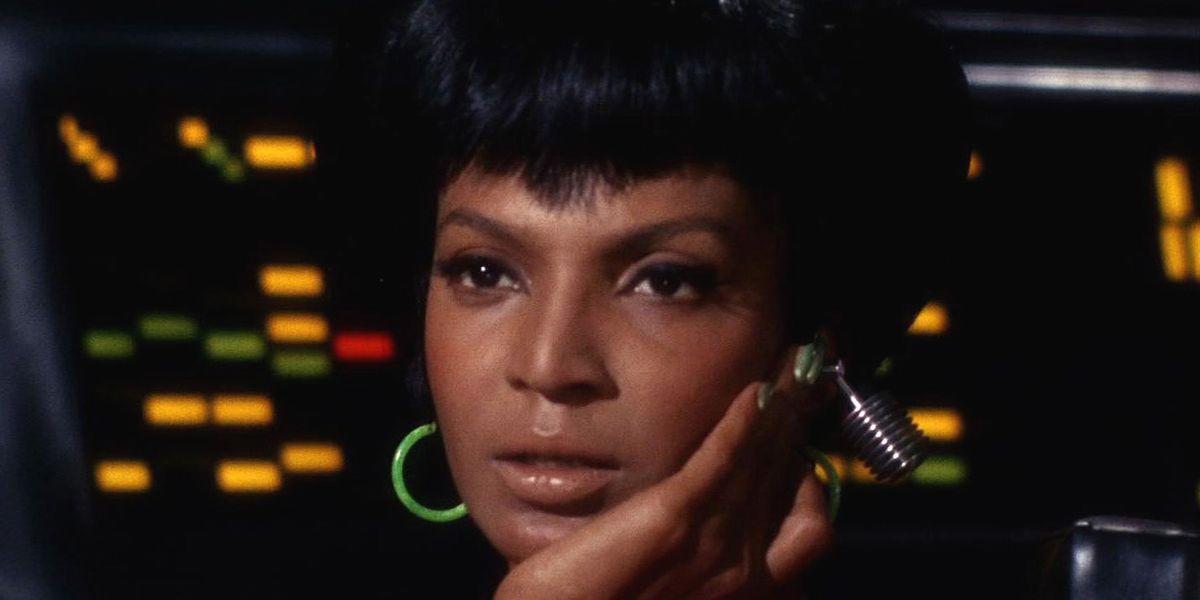 Thanks to movies like 2016's Oscar-nominated Hidden Figures, we finally have more realistic portrayals of the contributions made by women of color throughout history to the aerospace industry. (Yes, we know about Elon Musk launching his Tesla into space, but we're not getting into that right this second, thank you.)

In Hollywood, it's perhaps even more rare to have those contributions mirrored outside of something that's not just a tired retread of the Alien franchise or that deeply upsetting movie where Jake Gyllenhaal gets eaten by a gross shape-shifting Martian. Both of these genre flicks feature heavily white casts, in case you need that reminder.

Enter Nichelle Nichols, 85-year-old living legend of the innovate Blaxploitation era of cinema, and also, as the black woman who broke ground on TV's Star Trek as Commander Uhura — no, not just by kissing William Shatner, but by being the first black woman on TV to play something besides a maid or a cook in the '60s, smack dab in the middle of the Civil Rights Movement, no less. What's more? Even when reprising the role of Uhura in no less than six Star Trek films, Nichols made it her personal mission to recruit female and minority personnel for space missions, volunteering her time with NASA. She is literally partly responsible for Sally Ride's and Mae Jemison's space explorations. Talk about life imitating art and vice versa. Now tell me who among your faves would ever? Could ever?

Listen to how Black talks about Nichelle Nichols' "integration of space." It's actually kind of a tear-jerker. Because it's true. All. Of. It.

And if you want more of what I was talking about earlier with Nichols as a Blaxploitation icon, here she is in all her wildly fabulous, campy glory, playing a female pimp named Dorinda in 1974's Truck Turner.

Ugh. Glory hallelujah, what a great day to be black and alive.