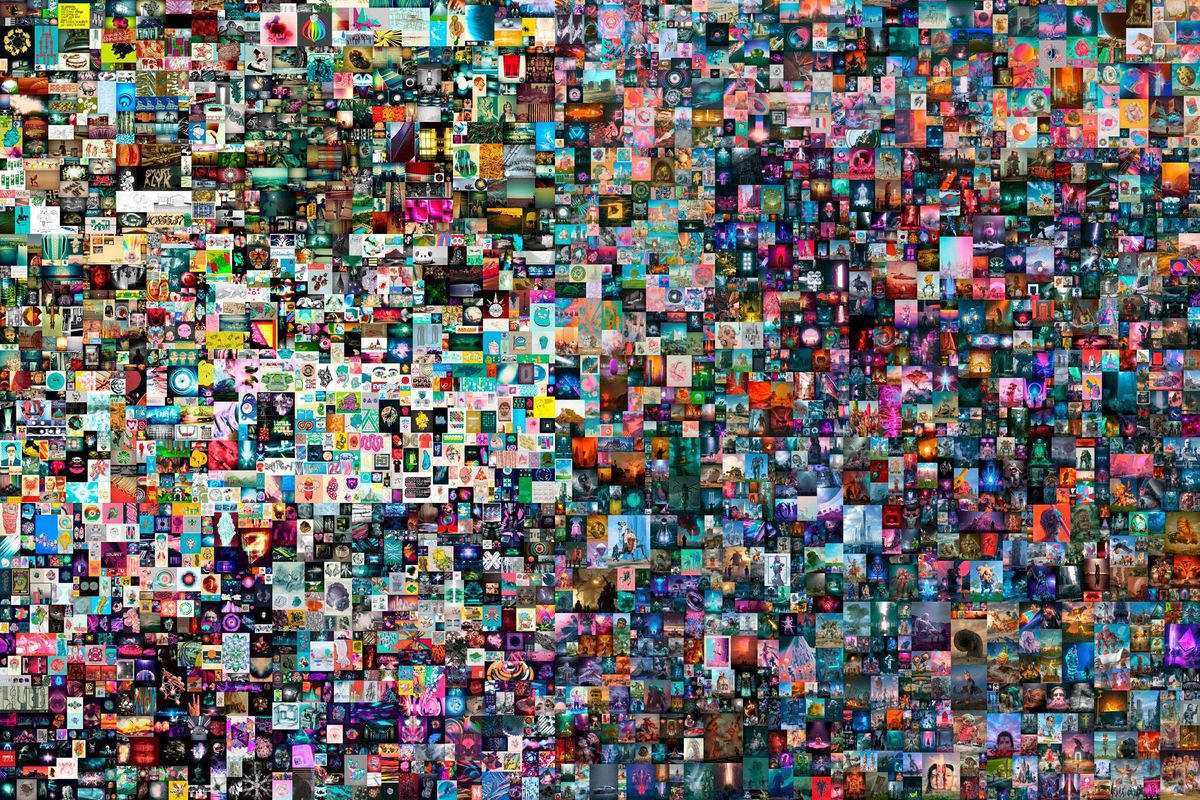 A JPG file created by digital artist Beeple has just sold for a record-breaking $69.3 million.

On Thursday, "Everydays — The First Five Thousand Days" — a digital collage assembled from images posted by Beeples every day since 2007 — officially became the third most expensive work sold by a living artist at auction, according to a statement from Christie's auction house.

Recently, NFTs — or nonfungible tokens, typically purchased with Ethereum crytocurrency — have become the hottest new online commodity, as the purchase of one gives buyers proof of ownership and authenticity by recording the sale through a secure, non-duplicable blockchain.

"Everydays" is just the latest high-profile sale of an NFT artwork on the heels of Grimes selling $6 million worth of digital art earlier this month.

Additionally, Beeples previously sold another piece titled "Crossroad" last month for $6.6 million via online marketplace Nifty Gateway. That said, the sale of "Everydays" is also historic in the sense that it's the first purely digital NFT work to be auctioned off at Christie's.

"Artists have been using hardware and software to create artwork and distribute it on the internet for the last 20 plus years but there was never a real way to truly own and collect it," Beeple said in a statement. "I believe we are witnessing the beginning of the next chapter in art history, digital art."