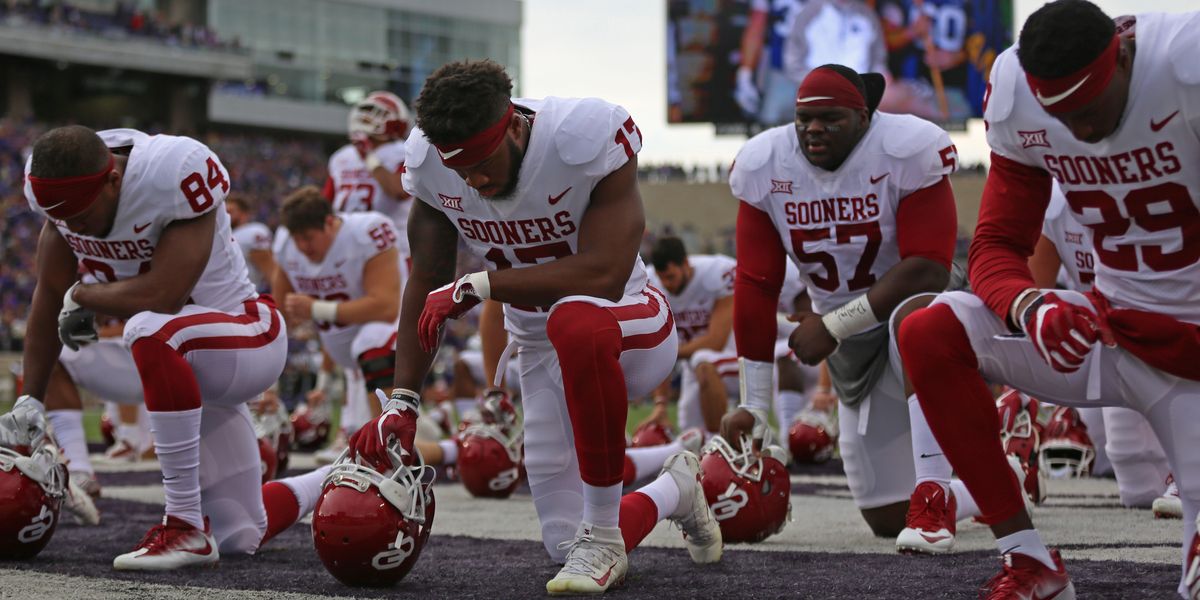 After months of discussion, the National Football League (NFL) announced today that it will formally institute a penalty for teams whose players kneel or otherwise engage in a silent protest during the National Anthem.

The policy requires all on-field personnel and players to stand for the anthem (or remain in the locker room until it's over). Specifically, "A club will be fined by the League if its personnel are on the field and do not stand and show respect for the flag and the Anthem."

"We want people to be respectful of the national anthem," NFL commissioner Roger Goodell said. "We want people to stand —that's all personnel — and make sure they treat this moment in a respectful fashion. That's something we think we owe. [But] we were also very sensitive to give players choices."

At least one owner, Jed York of the 49ers, said his team abstained in the vote, and Christopher Johnson, the chairman and C.E.O. of the Jets, said the team would not punish player who continue to kneel, saying he was bear the cost himself.

"It was unfortunate that on-field protests created a false perception among many that thousands of N.F.L. players were unpatriotic," Goodell said in a statement. "This is not and was never the case."

Christopher Johnson, the chairman and C.E.O. of the Jets, said the team would not punish players who choose to kneel during the anthem, despite the cost.

The NFL Players Association was not involved in the decision, and it's unclear how individual players will respond to the rule.

The protests were started by former 49ers quarterback Colin Kaepernick in direct response to police brutality of people of color, and were not a protest of the flag or Anthem itself. He was soon joined by dozens of fans who also knelt or locked arms in solidarity well into last season.

Some fans applauded the move, while others decried it as disrespectful to the flag and the military. Donald Trump called out Kaepernick specifically in a speech, referring to him as a "son of a bitch" and frequently tweeted over the past several months that the NFL should change its policy. His complaints seem to have paid off.

Kaepernick and former 49ers safety Eric Reid have both filed collusion cases against the league after being unable to find positions as free agents.