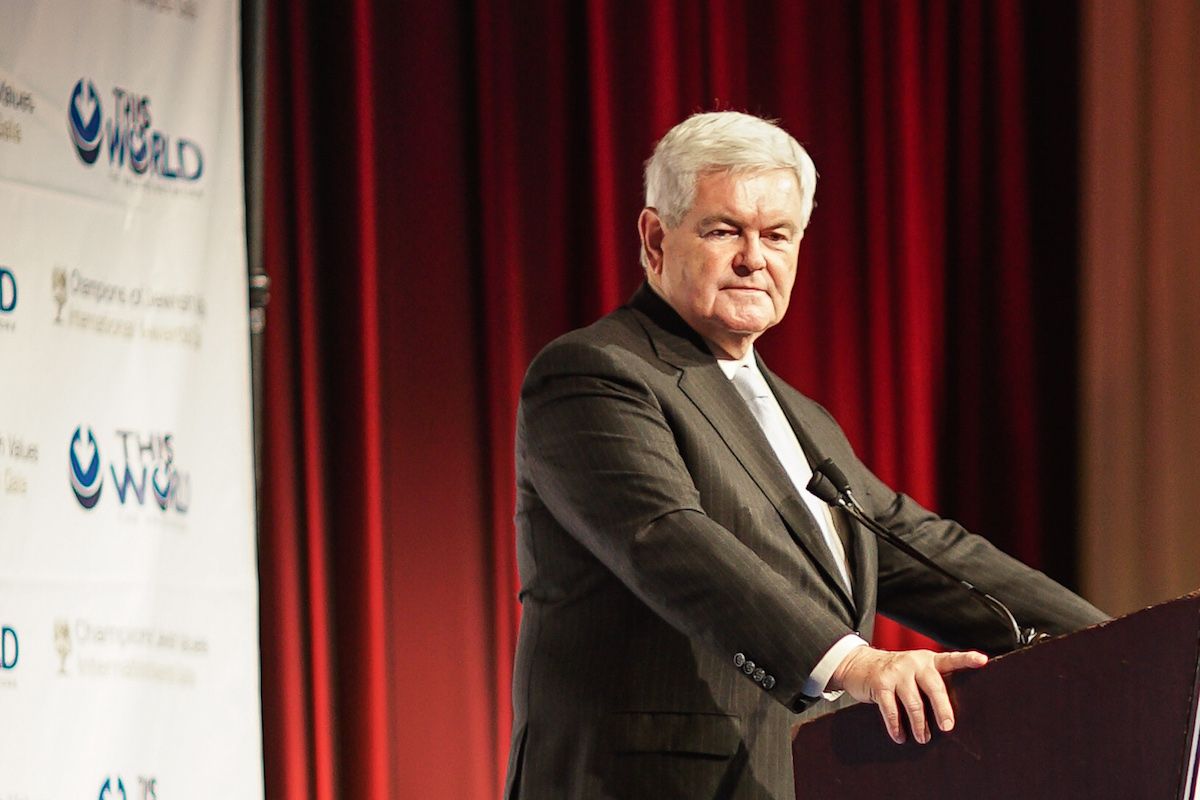 Human creampuff Newt Gingrich decided to throw his two garbage cents into the controversy of Trump's past and present systematic bullying and harassment of former Miss Universe winner Alicia Machado over her weight and appearance.

During a speech at a dinner for Log Cabin Republicans in Washington--the Republican branch that advocates for LGBT rights, no less--Gingrich (who infamously served his first wife divorce papers while she recovered in the hospital from cancer) sided with Trump on the claim that Machado did not maintain the Miss Universe "image" in the year following her victory:

You're not supposed to gain 60 pounds during the year that you're Miss Universe. Not fair. Even my act of saying that is sexist and proves I'm not being sensitive.

As Politico pointed out, the comment garnered "laughter" throughout the room.