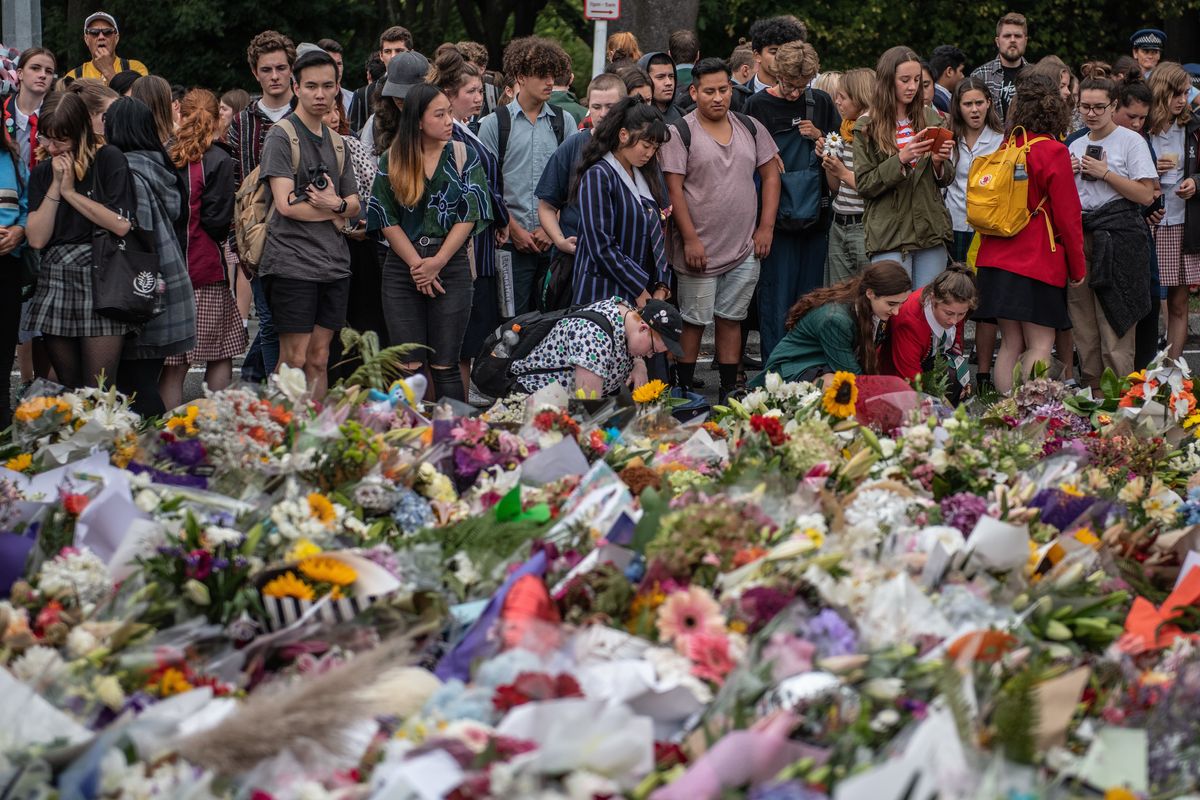 After a shooter killed 50 and wounded 50 people last week at Christchurch mosque — New Zealand's first mass shooting since 1997 when a man killed six people at a ski lodge — the famously safe country began the same reckoning the United States does every time there is a gun massacre (61 in 2019 so far). However, "thoughts and prayers" were quickly eclipsed by Prime Minister Jacinda Ardern's very real promise to immediately reevaluate the nation's guns laws.

"I can tell you one thing right now: our gun laws will change," Ardern said on Saturdya, one day after the shooting. "Now is the time for change." By Monday, Ardern had met with her cabinet to begin the process of overhauling gun legislation, announcing an "in-principle decision" to change gun-ownership laws altogether. She also said she would look into New Zealand's intelligence service's use of resources, which she believes have been focused on threats from Muslim sources, possibly to the detriment of protecting citizens.

While New Zealand's gun laws are considered more relaxed than many Western countries (outside of the U.S., obviously), the country's low crime rate is known as part of its national identity. Perhaps we should be less surprised, then, that a number of New Zealanders have also begun to surrender their guns by choice.

"Once you accept that these things can be harmful, in the wrong hands, the trade-off is a small inconvenience," farmer John Hart told The New Zealand Herald after turning in a semi-automatic rifle to police. "It's not a big deal not having it anymore. I couldn't, in good conscience, say they shouldn't be around if I still had one."