by Emily Kirkpatrick
PAPERMAG
22 October 2014
While exhibits at the Met, MoMA or the Whitney might get most of the media attention -- and tourists' admission fees -- there's a slew of under-the-radar (and underrated) institutions scattered throughout New York City worth a visit. From a *very* impressive collection of trolls to a museum dedicated to animals from the torah, we round up ten hidden gems that should be on your shortlist the next time you want a dose off-beat culture. 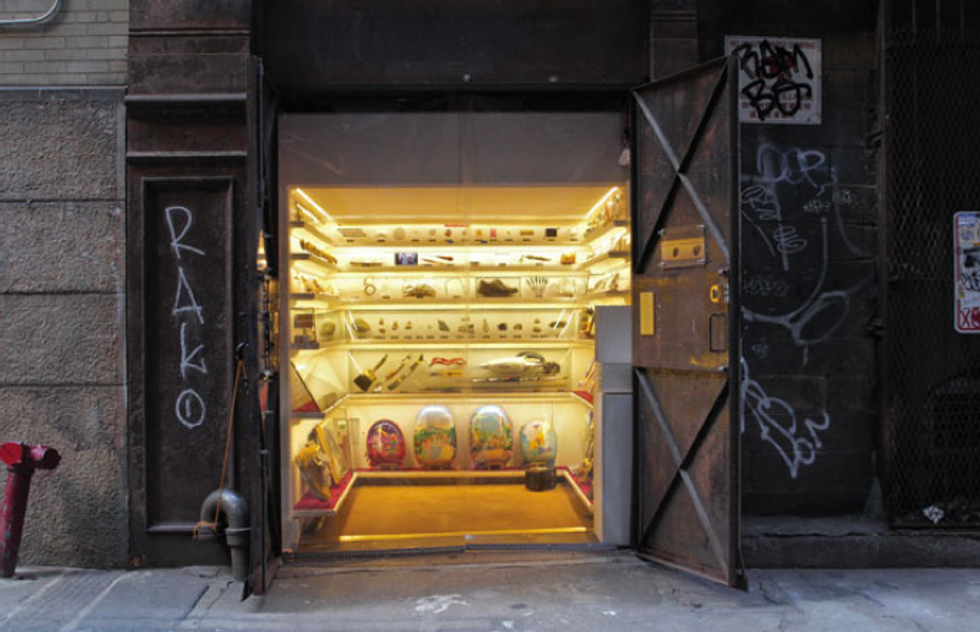 This one's not much of a secret at this point, but Mmuseumm, located in a freight elevator in Tribeca, is home to some of the most interesting artifacts of the modern age. In an insanely small gallery space, allowing only three visitors at a time, the curators somehow manage to display an even tinier collection of cultural oddities. Mmuseumm's Season 3 exhibit includes the shoe thrown at George W. Bush in 2008, Saddam Hussein watches, plastic spoons, and fake ID cards. Maybe it's just the lack of oxygen in those cramped quarters, but after awhile, this assemblage of seemingly random objects seems to be telling a much bigger story. 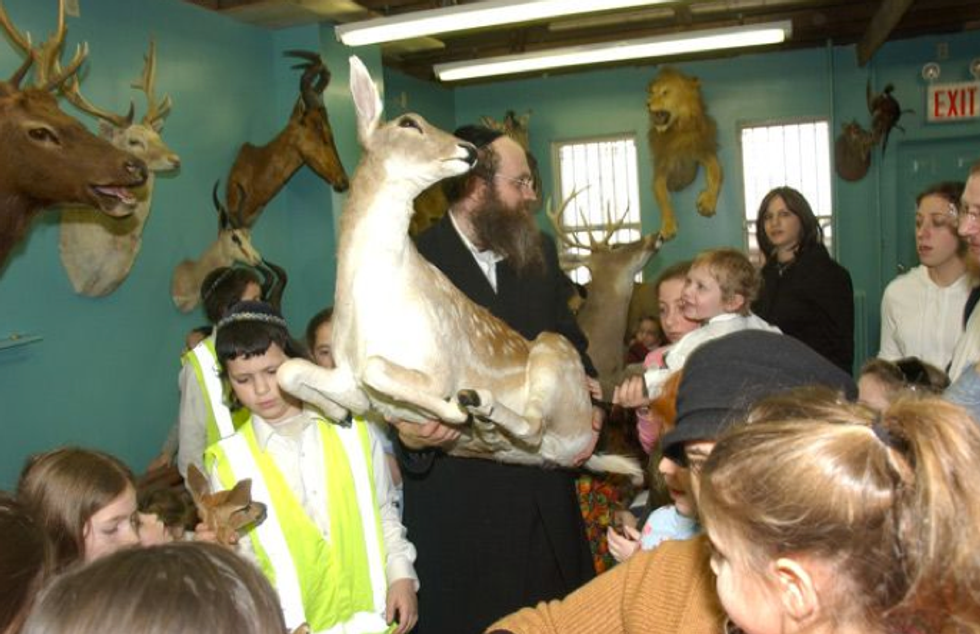 Torah Animal World might easily be one of the most unique places on earth. The Borough Park row house that has served as the museum's flagship location since 2008 began as a means for visitors (largely Hasidic Jewish families, visiting Christian and Amish bible groups, and curious hipsters) to get up close and personal with those animals prominently featured in the Old Testament. Spread across the museum's three locations are a multitude of beasts, frozen in time for all eternity, and valued at roughly 1.5 million dollars. The menagerie includes taxidermied camels, giraffes, bears, and much more, each with a plaque explaining its biblical significance. The pig, however, remains conspicuously absent. 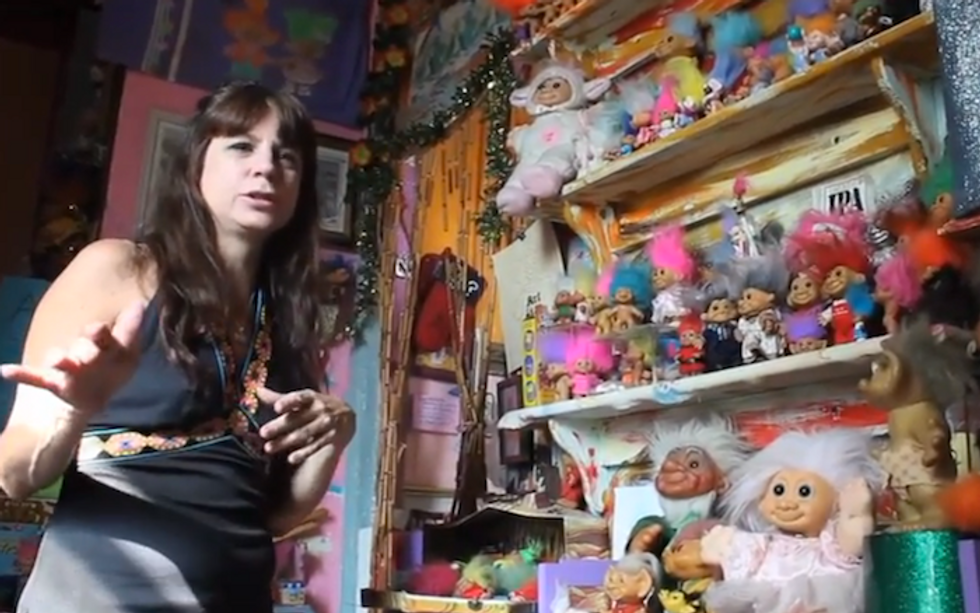 Trigger warning: this one might send you straight to the nightmare factor. There are collections, there are museums, and then there are pathologies, and this one definitely leans towards the last. Founded in 2000, The Troll Museum can be found inside of an LES six floor walk-up apartment belonging to self-proclaimed "trollologist" Reverend Jen and her chihuahua, Reverend Jen Jr. The room is packed floor to ceiling with a technicolor swirl of vintage troll dolls and their memorabilia. It's a psychedelic trip you might never recover from. 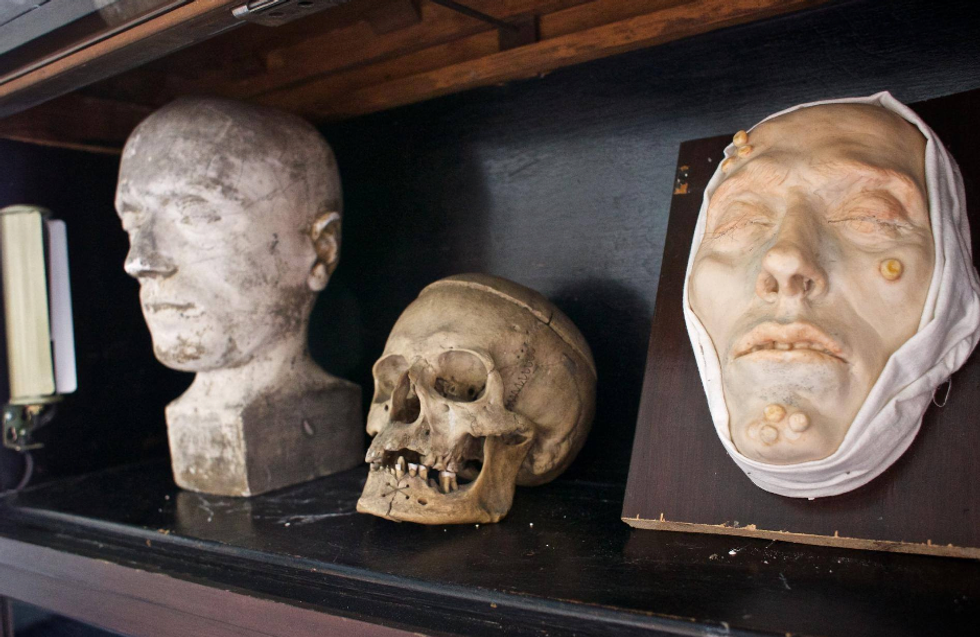 The Morbid Anatomy Museum, a Brooklyn-based, non-profit institution, has a thing for the all things gothic, beautiful and disturbing. Though known for their frequently sold out lectures on topics ranging from bejeweled skeletons to flesh-bound books, their exhibits are equally fascinating and macabre. The one currently on display analyzes the art of mourning, showcasing memento mori, including hair art and spirit photography. And make sure not to miss their monthly singles mixers! 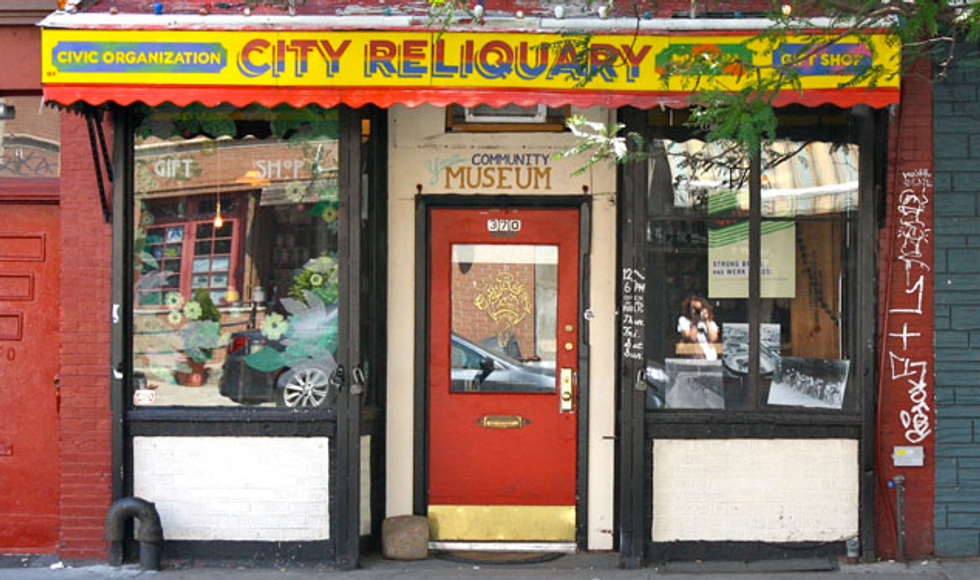 Located in Williamsburg, the City Reliquary looks like a little bodega on the outside but is in fact home to a treasury of artifacts all pertaining to the history of NYC. What started as just the window display of a ground-floor apartment in 2002 has now turned into a whole storefront overflowing with relics alongside community-curated exhibits, such as the current one celebrating all things chicken. 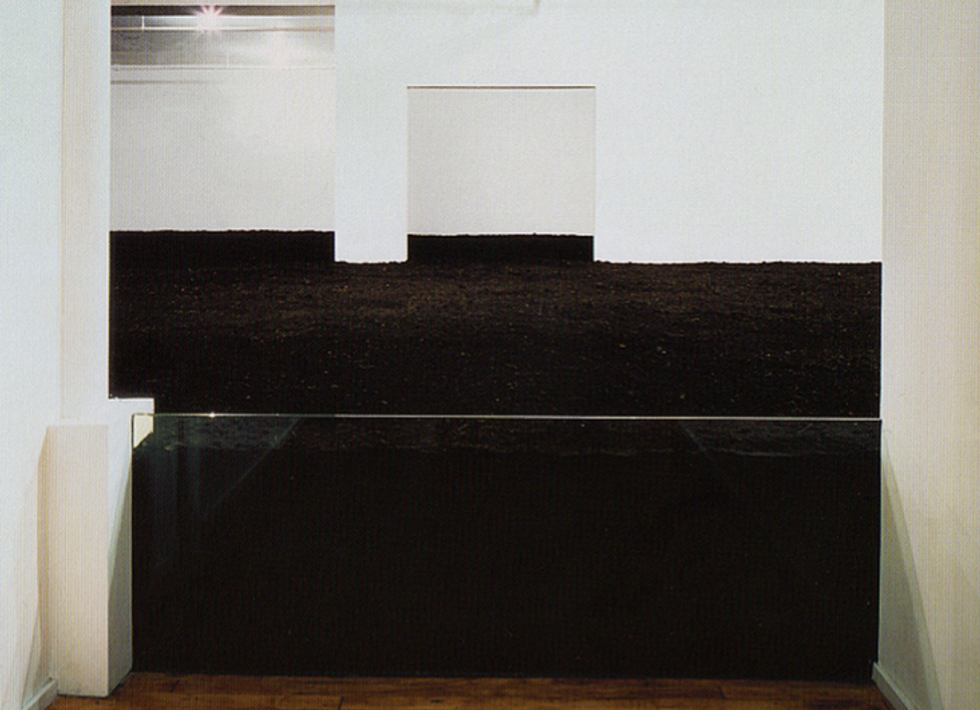 What could be more fascinating than a white room in SoHo packed full of dirt? Ok, so maybe don't bring a first date to this one, but The New York Earth Room is still one of the city's greatest hidden treasures and a cultural landmark. The entire gallery is actually an installation by Walter De Maria that has been on exhibit since 1980. The room's 3,600 square feet of space is filled with a uniform layer of dirt 22-inches deep and is the last of the three De Maria works like it left in existence, maintained by the Dia Art Foundation. 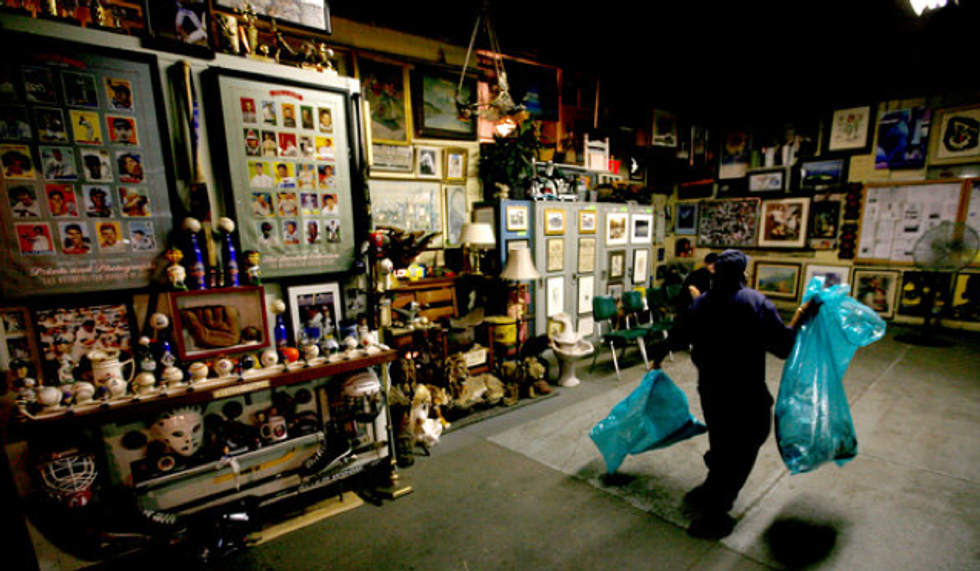 (Photo by Librado Romero for The New York Times)
7. The Trash Museum
Though technically illegal, The Trash Museum of New York is, hilariously, situated in the heart of the UES. Providing a similar appeal to that of Mmuseumm, the Sanitation Department's collection of random junk provides a rare, voyeuristic glimpse into the lives of others. Inside the second floor of the garbage truck garage, you'll find an unbelievable assortment of neatly organized detritus accumulated by sanitation workers over the past 33 years. Good luck if you want to get into this one though -- admission is only granted to those authorized by the NYSD themselves.

The Trash Museum is located on the second floor of the 99th Street Sanitation Department Garage, between 1st and 2nd Ave.
Not open to the public 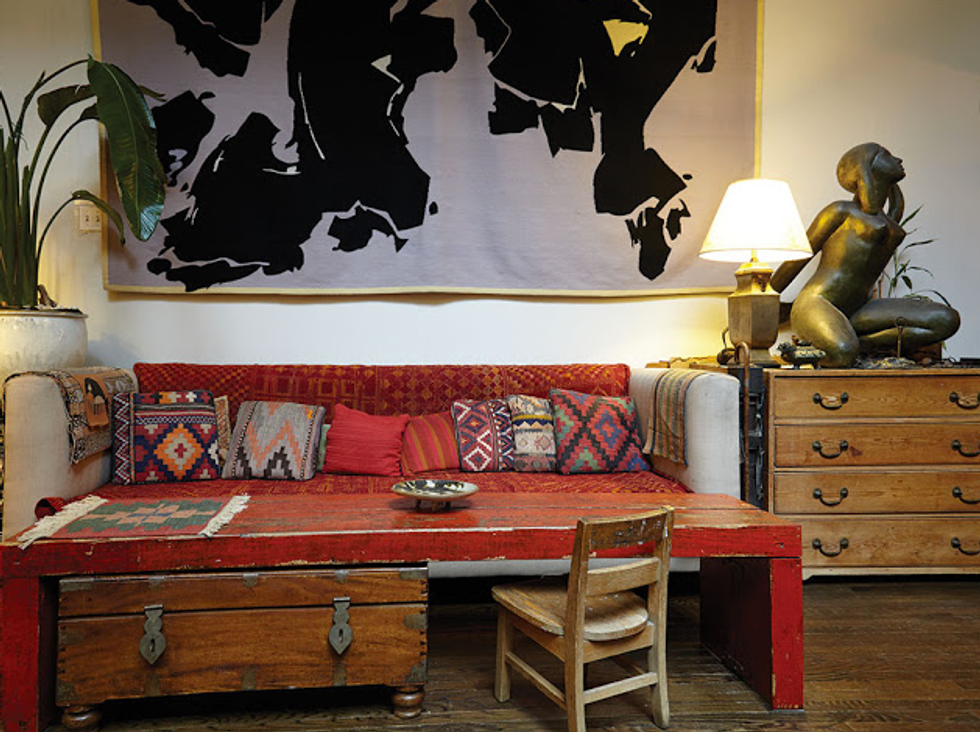 (Photo via)
8. The apartment museum of Jan Yoors

Jan Yoors, a weaver from the '60s and '70s who hobnobbed with artists like Marc Chagall, Henri Cartier-Bresson and Yoko Ono, is still a relatively unknown name. But that might soon be changing. Over the past five years or so, the artist's estate, managed by his son Kore, has begun to receive international acclaim, with several solo shows throughout Europe and the US and even a write-up in the New York Times. But still the best collection of Yoors work can be found within the tapestry-laden walls of the family's apartment. Though not technically a museum, a quick email to Kore is likely to get your foot in the front door. 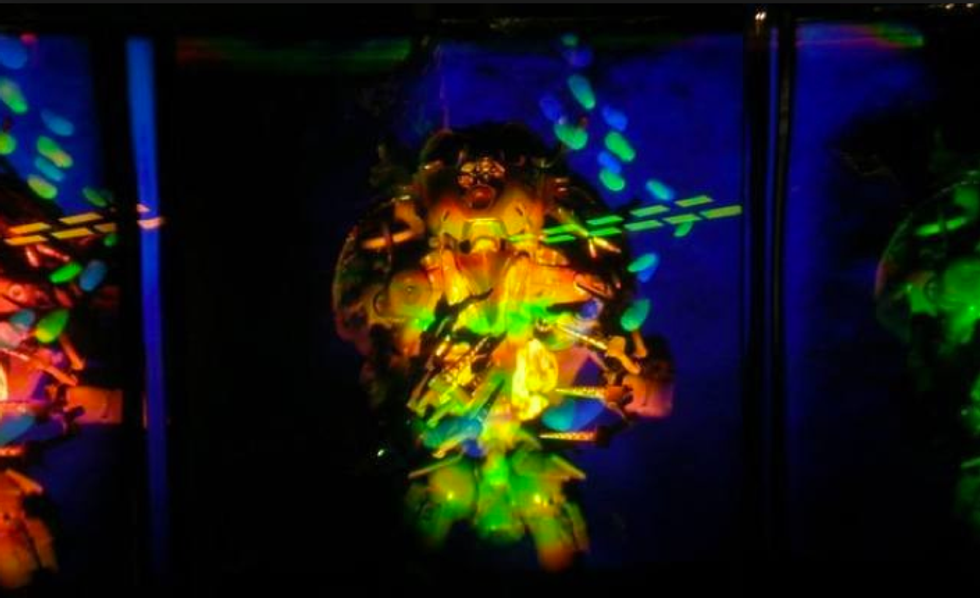 (Photo by Jason Sapan via)

Located in a former blacksmith's forge in the basement of a Gramercy building on 26th Street is NYC's only holography gallery and laser laboratory. Started in the sixties by Jason Sapan, Holographic Studios Inc. is home to the world's largest collection of motion image holograms. Sapan has also been commissioned to digitize more than a few celebrities. Bummed you could never get a real life selfie with Andy Warhol? Sapan's got the next best thing. 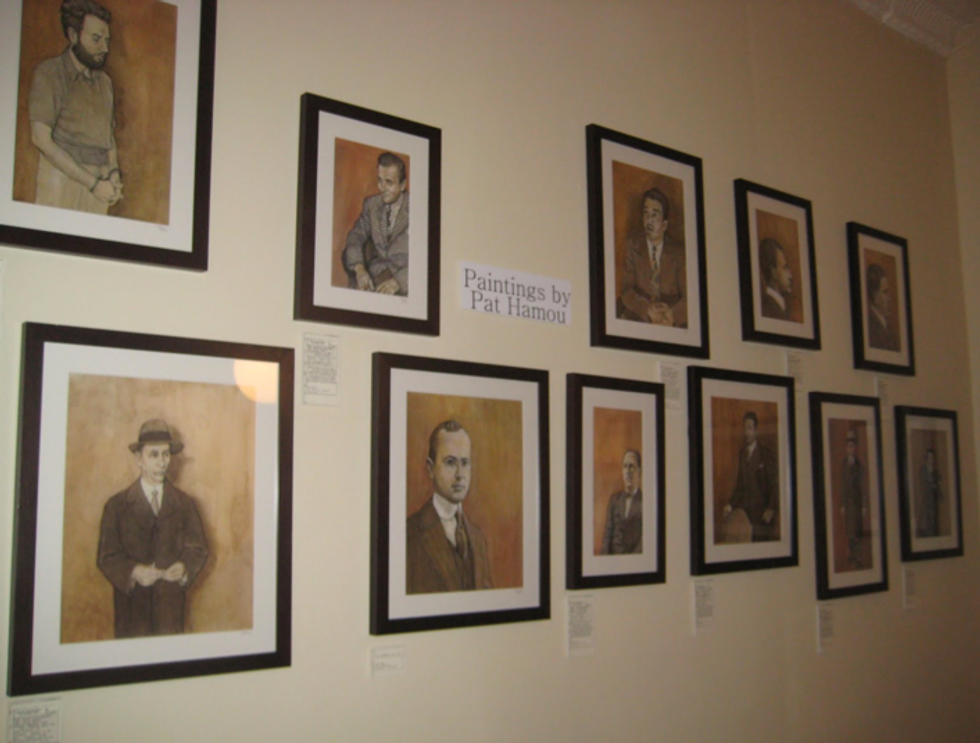 (Photo via)
10. Museum of the American Gangster

A place for those who never quite got over the end of The Sopranos, this two-room gangster memorial is located in the East Village above a former speakeasy. Though St. Mark's might not seem like the most logical of locations, that neighborhood was once a hotspot for wise guys like Al Capone, Lucky Luciano, and John Gotti. The Museum of the American Gangster boasts an impressive collection of mobster memorabilia, including bullets from the Saint Valentine's Day massacre and John Dillinger's death mask. If you ask nicely enough, they might even take you down into the basement's escape tunnels and show you the safe still hidden there.