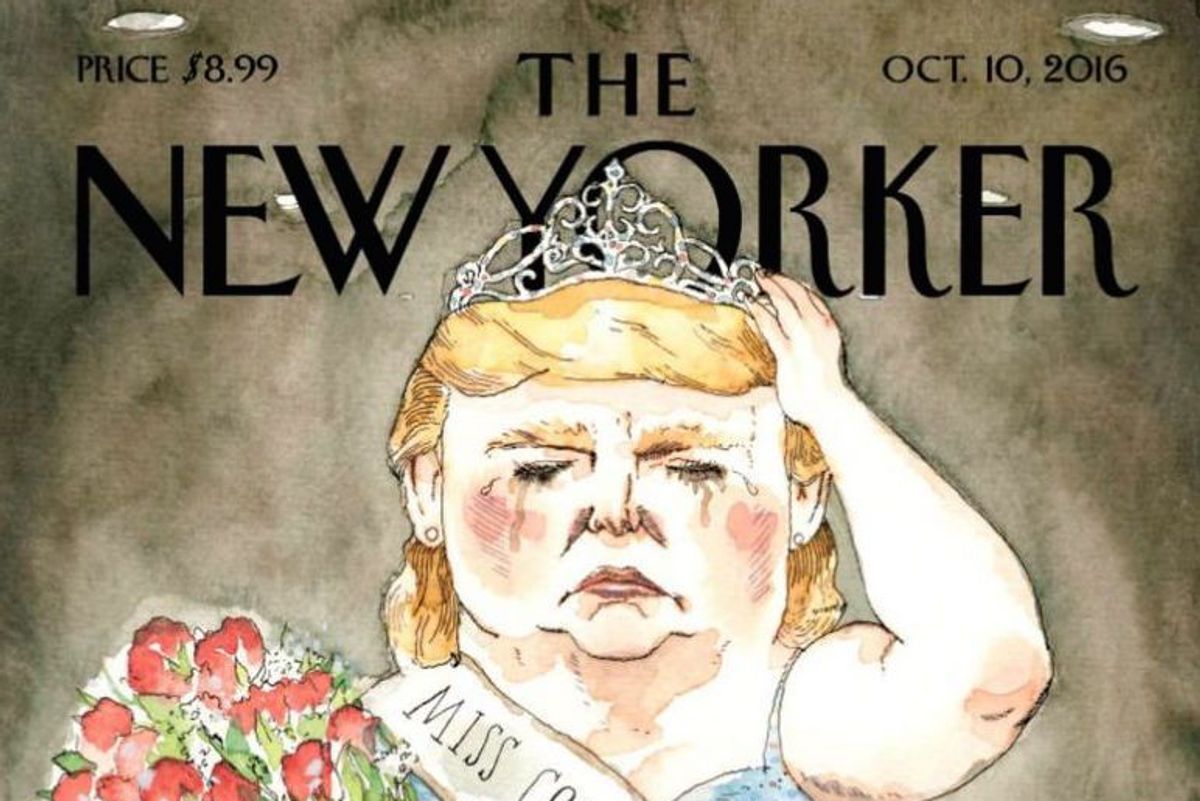 The New Yorker Imagined Donald Trump As A Beauty Pageant Queen, And It's Fabulous

As the election/end times draw nigh, the fine folks at The New Yorker have offered up a shimmering gift of glory on its October 10th cover: Republican presidential nominee as a beauty pageant queen. Well, not exactly first place, Miss Congeniality, which, if we're being truthful, is a pretty generous title.

The cover comes fresh off Hillary Clinton mentioning Alicia Machado, the Venezuelan-born former Miss Universe, who Trump and the pageant organization harassed and bullied following her win, claiming her alleged weight gain was unacceptable. He's gone on record as calling her "Miss Piggy" (which Hillary mentioned in Monday's debate), as well as "housekeeper" (referencing her heritage).

In one horrifying incident, Trump made Machado exercise in front of him and a news crew. His systematic, mental torture caused severe psychological damage for Machado, including eating disorders.

Barry Blitt, the acclaimed artist who painted this slice of divinity (and many other legendary New Yorker covers), wanted to hone in on what he feels is Trump's "Achilles heel": his misogyny.