Gary Pini
PAPERMAG
04 May 2012
Let the FRIEZE fun begin! The art fair had its big VIP opening last night and now it's time for the rest of us to get in on the action at Randall's Island. This weekend the city will be awash with art openings, special exhibitions and tons of parties and goings on in conjunction with the fair. Here's a complete guide to events and happenings over the next few days, as well as a guide to other art fairs in New York this weekend including PULSE and NADA. 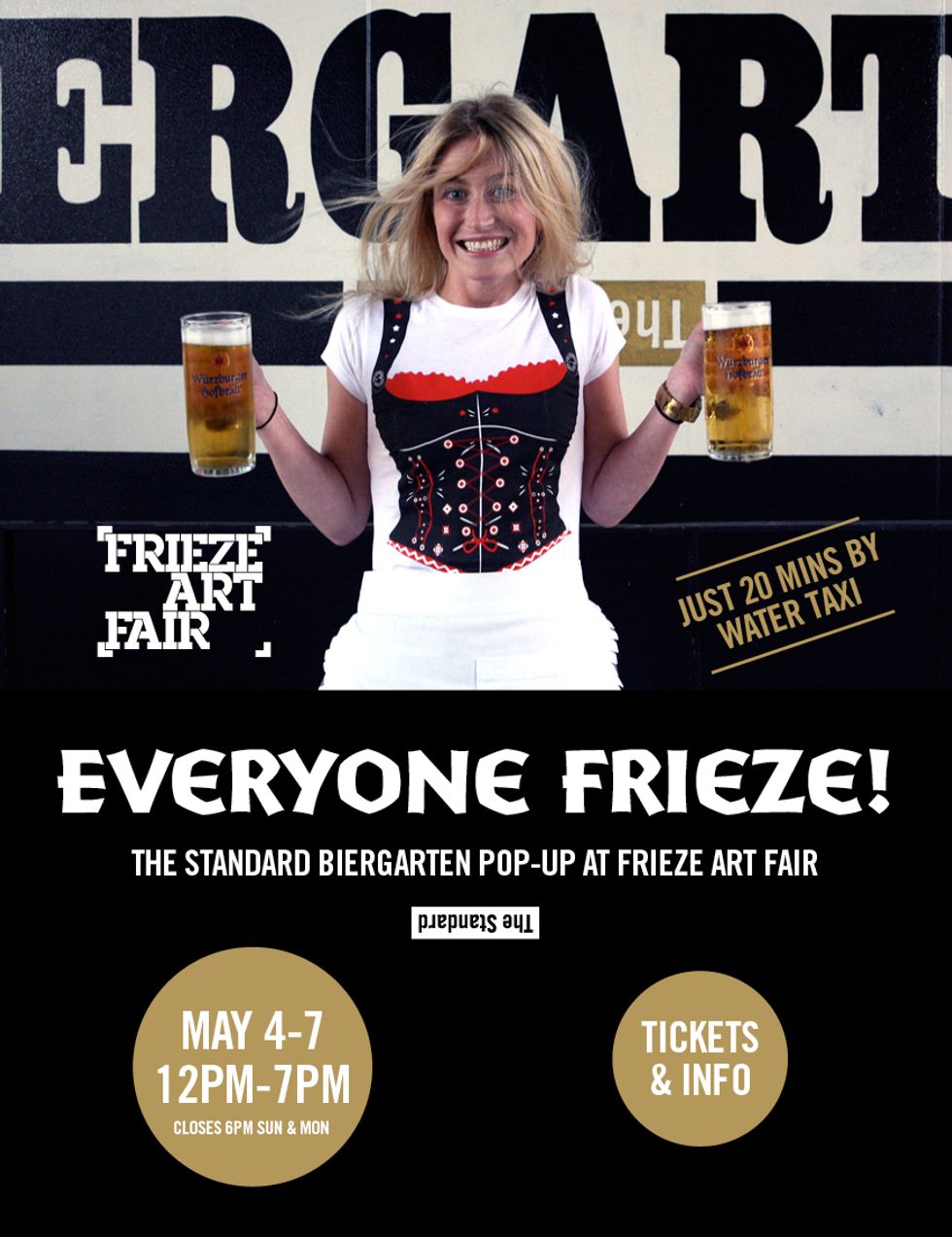 The Standard's pop-up Biergarten opens today on Randall's Island and will be serving up biers and snacks through the 7th. Go here for more details.

Helmut Lang made the leap from fashion designer to visual artist and his first New York show of new sculptures opens today from 6 to 8 p.m. at 24 Washington Square North.  It will stay up until June 15.

Whitewall Magazine celebrates their China issue and the PULSE fair with a big party from 8 to 11 p.m. tonight in the Yard at the SoHo Grand Hotel (310 West Broadway).

The Lower Manhattan Cultural Council (125 Maiden Lane, 14th floor) opens their workshop studios tonight from 7 to 9 p.m. The space will also be open on May 5 & 6.  All the details are here. Admission is free but you should RSVP.

The Israeli non-profit organization, ARTIS, is opening a rooftop pop-up shop today from 11 a.m. to 2 p.m. in the same building housing NADA (548 West 22nd Street).  Look for limited-edition works by 20 leading Israeli artists, all at affordable prices. HERE are the details. 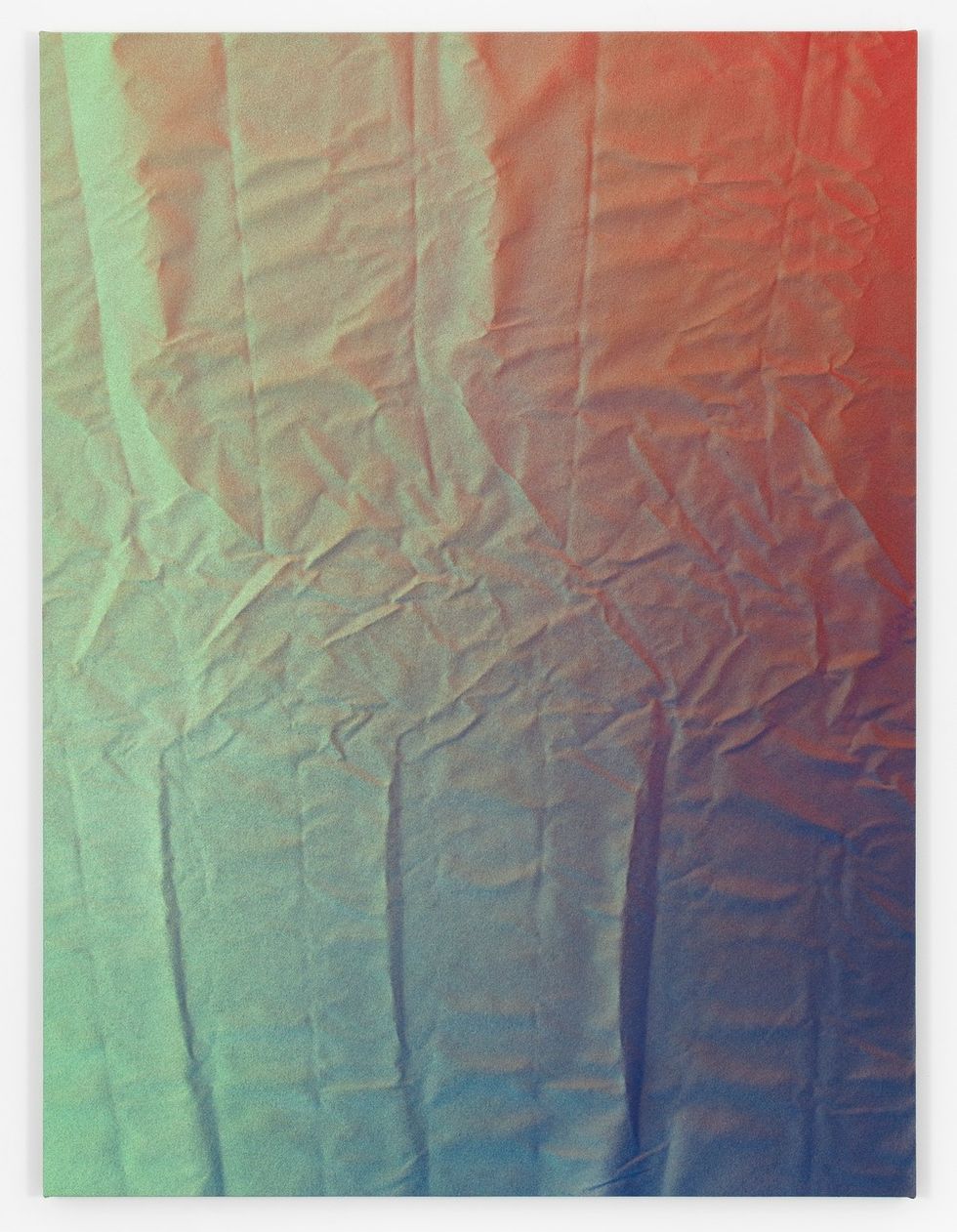 All of the galleries on West 26th Street (between 10th and 11th Avenues) in Chelsea get together to host a big block party and open house from 6 p.m. to 9 p.m. this evening.  It's open to the public and there will be food trucks, DJs including Hannah Bronfman at 6 p.m. and Dreamshow at 8 p.m. PLUS lots of art. HERE are the details.

Loris Greaud opens his first show, "The Unplayed Notes," at Pace Gallery (534 West 25th Street) from 6 to 8 p.m. with two large-scale installations and a film. 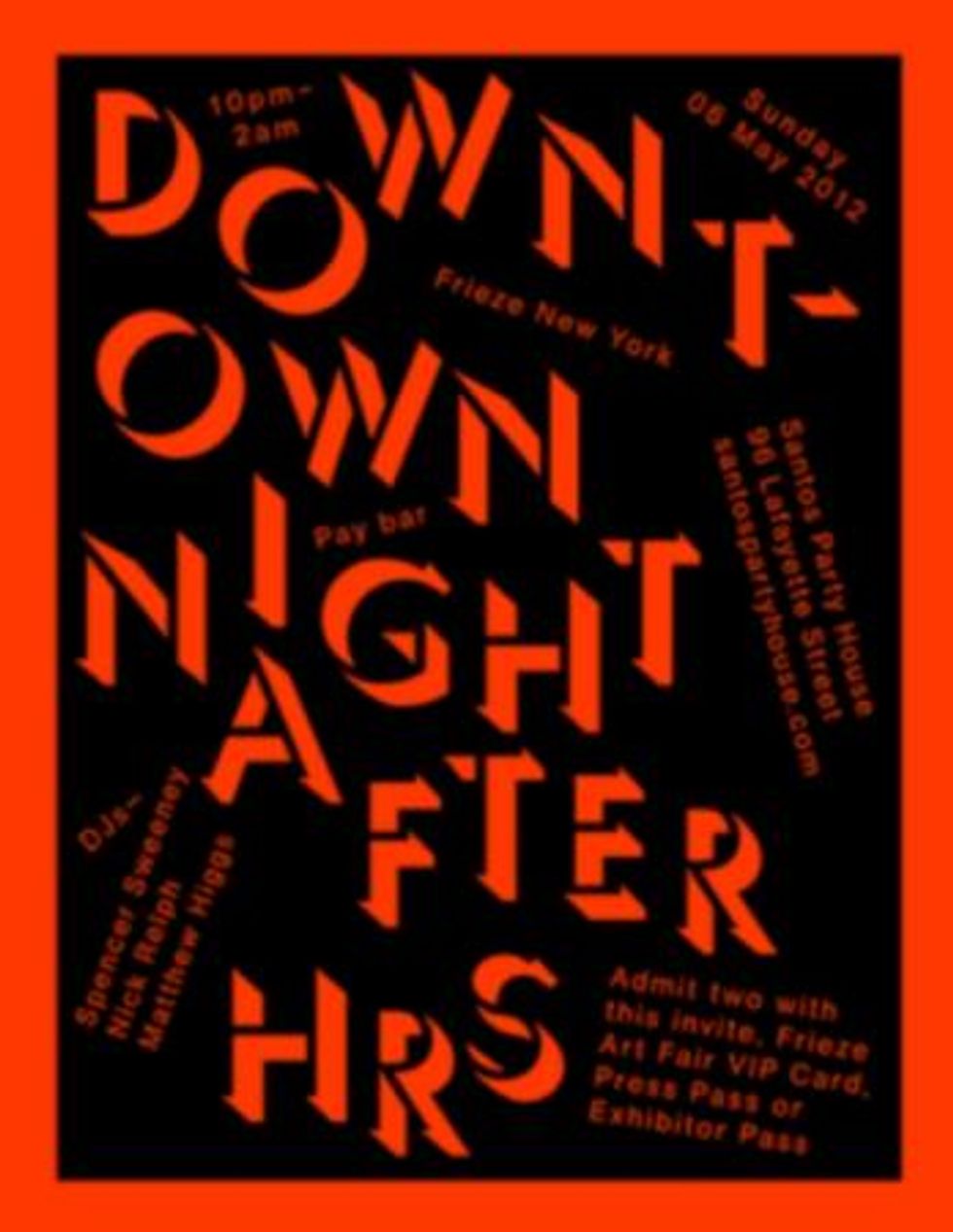 Don't miss Frieze's "Downtown Night" on Sunday when tons of galleries and performance spaces in lower Manhattan will be open late and holding special events to celebrate Frieze. You'll find the complete list below.  (Many of the following events have a limited capacity, so contact the venues for more information)

AND: If you're still awake, head over to Santo's Party House (96 Lafayette Street) for the "Downtown Night After Hours" party with DJs Spencer Sweeney, Nick Relph and Mathew Higgs. Admission is FREE with a Frieze VIP card, press pass or exhibitor pass.

The So-called "Alternative Space" Talk
A discussion between four panelists who "will critically reflect on what "alternative" remains, in the context of a seemingly pluralized institutional landscape, as well as an accelerated and diversified global market place."
Artists Space: Books & Talks, 55 Walker Street. 7 p.m.

AND DON'T FORGET ABOUT THE ART FAIRS! 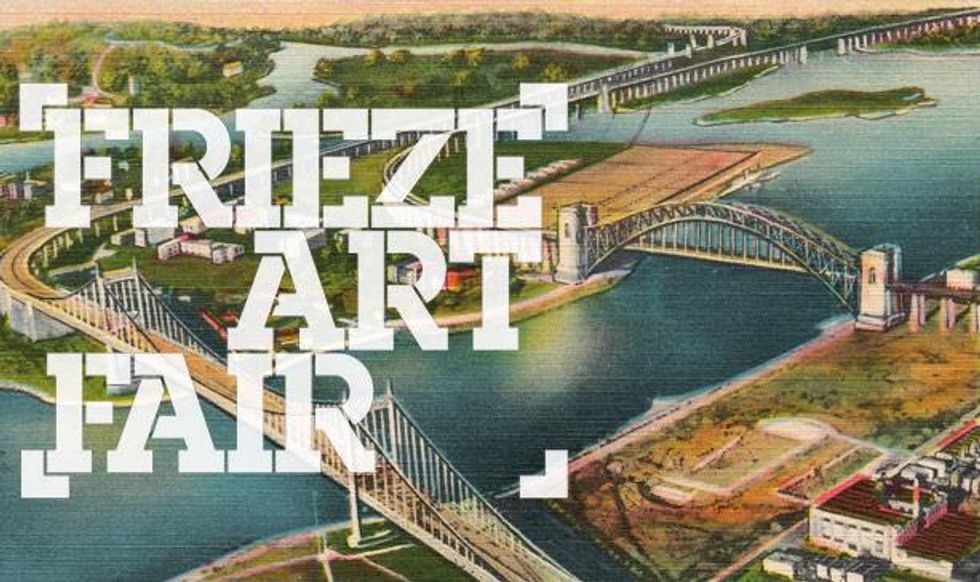 WHAT: Frieze New York
WHERE: Randall's Island
WHEN: May 4 & 5, noon to 7 p.m.; May 6 & 7, noon to 6 p.m.
HOW MUCH? Tickets are $40 (various discounts may apply) and they must be purchased here in advance. (The price includes ferry or bus transportation. Ferries depart every 15 minutes from 35th Street East River ferry dock. Buses depart every 10 minutes from the 125th Street 4,5 & 6 subway station.)
DETAILS: This is the main event (assuming you don't count Sotheby's auction of Munch's "Scream" tomorrow). Over 180 worldwide galleries are expected to participate in the first New York edition of the popular London fair, founded by Amanda Sharp and Mathew Slotover in 2003.  The tent housing the fair was designed by Brooklyn architects SO-IL and look for pop-up restaurants from Fat Radish, Sant Ambroeus and Roberta's. Also, be sure to check out the series of special projects curated by Cecilia Alemani including works by John Ahearn and Tim Rollins and  KOS. 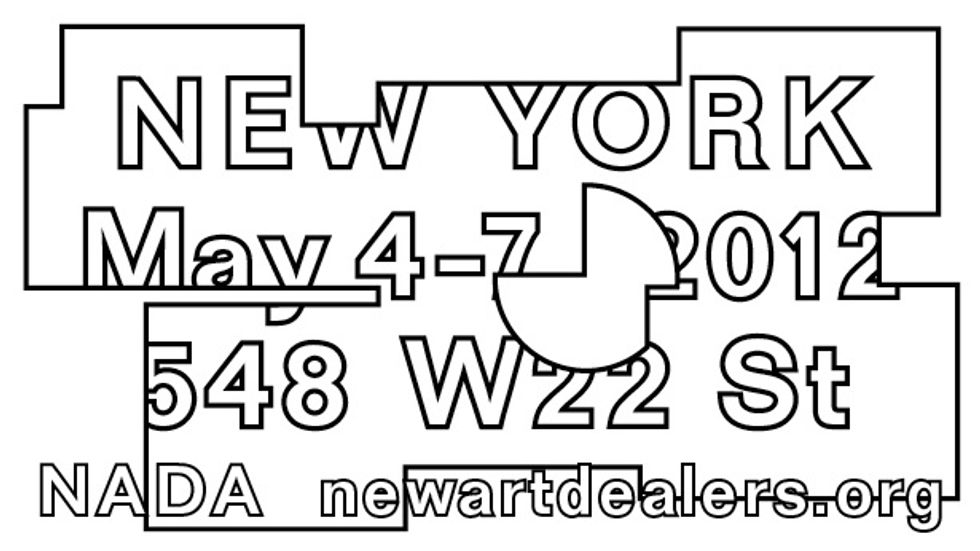 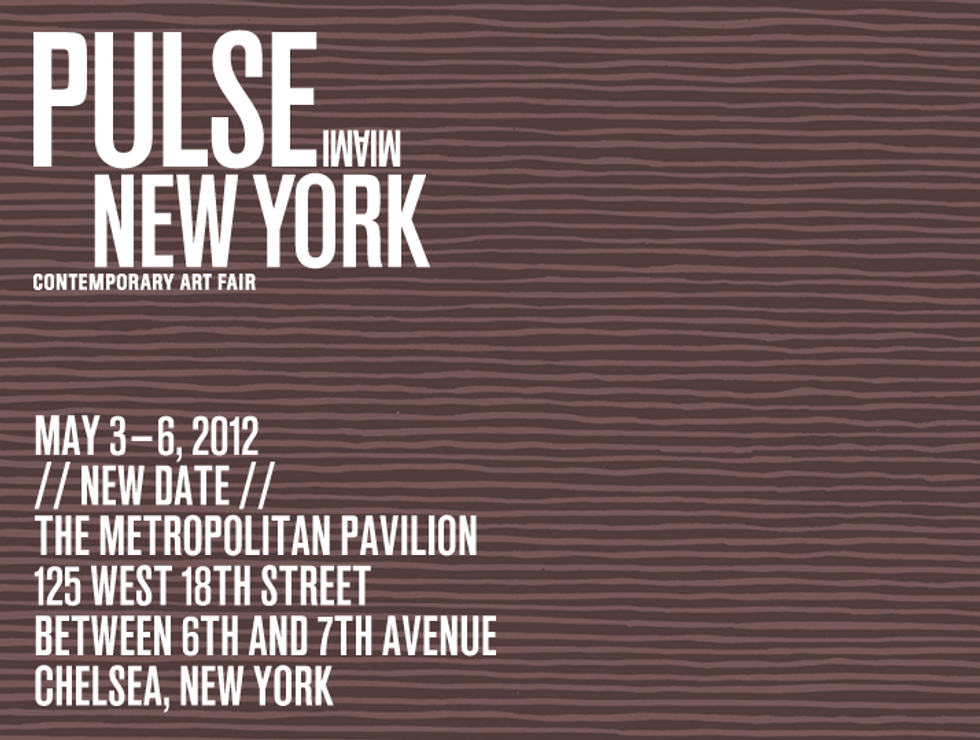