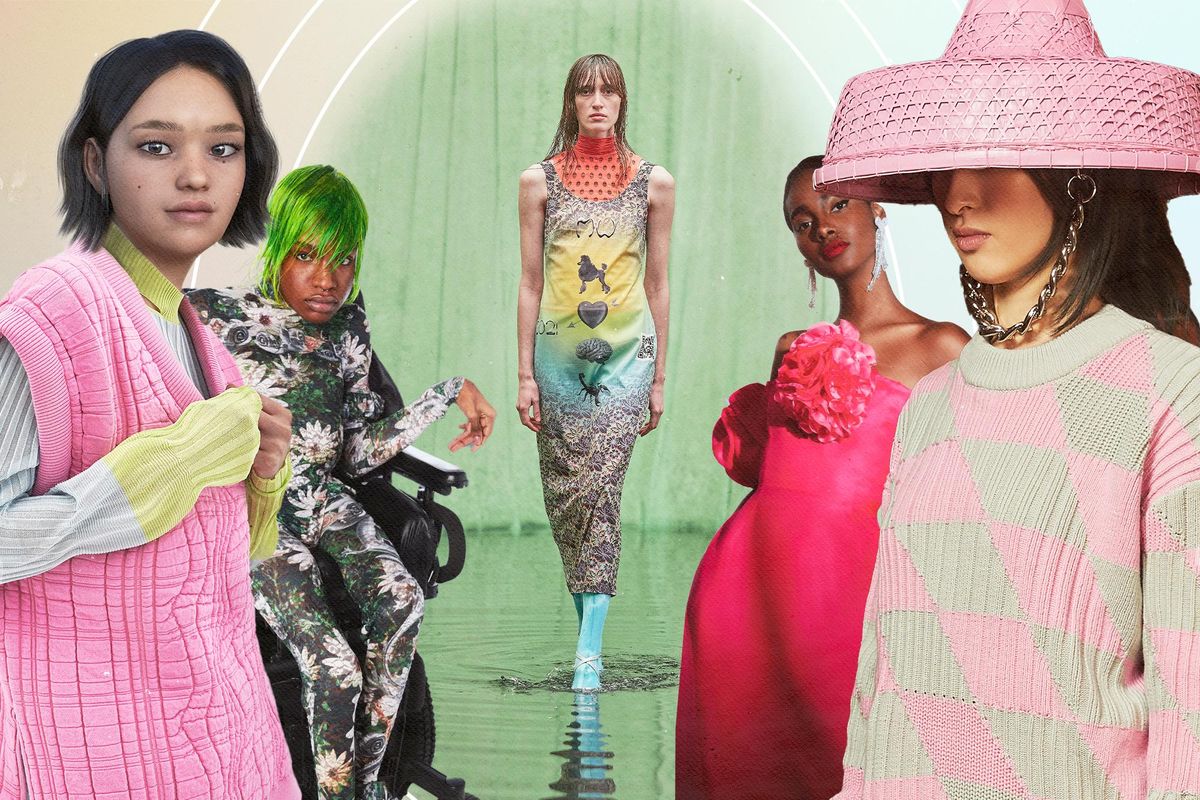 So Was the First American Collections Calendar Any Good?

With almost a year now into the pandemic, it was only a matter of time until New York Fashion Week as we knew it would no longer make sense in its current form. This month, the Council of Fashion Designers of America, which publishes the official fashion week schedule (IMG operates the other one), renamed NYFW to the American Collections Calendar after it became clear that more and more designers were showing outside the traditional schedule or skipping out altogether.

Related | Every Menswear Moment That Mattered So Far

The calendar now lists brands showing as far ahead as April 15 (Jonathan Cohen) with a scattering of other designers listed throughout February and March. But "New York Fashion Week" still went ahead digitally last week for four days as it comprised of the highest concentration of brands showing their latest collections, including Sandy Liang, Anna Sui and Victor Glemaud.

With big brands like Marc Jacobs, Tory Burch and Ralph Lauren missing from the calendar entirely (Michael Kors is showing a 40th anniversary presentation on April 20), the bi-annual showcase has never been more accessible for emerging talent to stand out. Though this season's schedule is far from being over, here are a few brands that have already provided some of the biggest fashion moments so far.

IYKYK. The video for Willy Chavaria's Fall 2021 collection has some serious casting couch vibes reminiscent of a certain adult film studio that many of you may have seen once or twice (or a billion times, no judgement). Titled "REAL MEN," this season's lineup tackles the idea of questioning what a real man is. This is reflected in the clothes' non-traditional proportions and fits of core menswear staples such as gray sweatpants and shirts.

How do you make a splash for your first official NYFW show? Creating animated avatars of Drake, Kim Kardashian and Mark Zuckerberg wearing your subversive graphic tees is probably a good start. The collection, which features twelve t-shirts and two hoodies that reflect on society's obsession with fame, is the work of Pizzaslime, the music blog-turned-LA streetwear brand. Slogans like "Cancel Me Diet Prada," "James Charles Fan Club" and "I <3 TMZ" are meant to meant to incite conversation while poking fun at celebrity culture.

The Show Paying Tribute to the Asian Immigrant Experience

When Private Policy designers Haoran Li and Siying Qu were embarking on this collection, they sought to bring awareness to the historical achievements of the 19th century Chinese transcontinental railroad workers who built the American railroads while having to endure the xenophobic feelings of that era. In recent weeks, a wave of anti-Asian violence has skyrocketed in the US, making the meaning behind this show all the more personal and important at a time like this. "People are speaking up about the past and ongoing racism and prejudice against Asian immigrants," the duo said. "The younger generation will not allow these micro-aggressions continue within the community."

The pandemic may have altered the course of special occasion dressing, but Prabal Gurung is doubling down on the exuberant eveningwear and romantic silhouettes his brand has become known for. Rather than tone things down to fit some box of indoor comfort gear, the designer went the optimistic route with a collection that pays homage to the simple joys and pleasures of New York City — in particular, the bodega rose, which translated into gorgeous red and pink gowns with giant bows, ruffles and flourishes.

The Irresistible Knots on This Trench Coat

If there's one look that captured the essence of Gabriela Hearst the best, it was this simple camel trench coat with full sleeves and intricate knots on the shoulder. With even more eyes on the designer than before (her debut at Chloé is set to take place next month), this collection encapsulated her vision of taking American classics and imbuing them with craft and artisanal elements as seen in the engineered Swiss lace and leather macramé elsewhere.

With a Gossip Girl reboot finally in production, the hype around one of the most influential TV shows of a generation has officially infiltrated Fashion Week. For Alice + Olivia's latest collection, designer Stacey Bendet collaborated with the show's costume designer Eric Daman to style the looks in the video, which was shot outside the steps of the Met Museum (sound familiar?). Other nostalgic references include early aughts low-rise bootcut pants, reimagined in hip-hugging houndstooth and paired with red faux fur.

CGI models have been popping up everywhere it seems, with Lil Miquela arguably the most famous (and successful?) of the current bunch. But none that we know of have assumed fancy company roles like Chief Decision Scientist, the title given to a virtual team member called AMA, who works at the New York fashion label PH5 and makes her debut in its Spring 2021 lookbook. The brand, known for its playful knits with a sustainable business model, is betting on AMA to challenge their internal team as well as the greater fashion community to make better decisions for the environment.

The First Animorphs at NYFW

This season the Coll-inamals were out in full force thanks to a trippy video Collina Strada made in collaboration with the original artist from Animorph, where models like Aaron Philip transformed into a creature that resembled their looks. Also, the brand worked with resale platform The RealReal to be the first designer to upcycle their stock into new garments.

The Kanye Prodigy Making a Name for Herself

LA-based brand Maisie Wilen was the first recipient of Kanye West's incubator grant for emerging designers and has since been worn by the likes of Kylie and Kim (its founder Maisie Schloss is a former Yeezy womenswear designer). For her Fall 2021 collection, she had models in an enclosed green studio walk on a flooded set that reflected the many intricate prints and details of the clothes. The fashion-meets-tech approach also extended to the scannable QR codes that overlaid florals and chromatic swirls trimmed with delicate lace.

As he did last season, Jason Wu once again kicked off New York Fashion Week with a live physical runway show while everyone else went digital. Much of this was possible thanks to sponsorship with Coca Cola (he teamed up with Lowe's last time) whose imagery and iconography was incorporated in the collection throughout. The space was transformed into a mini grocery store as a nod to Wu's love of cooking, which helped him get through time in quarantine. Model Ruth Bell, whose very first NYFW show ever was for Jason Wu, returned this season as the closing look after walking exclusively for Dior last year.

One of the standout show formats of last season was Batsheva Hay's lookbook-cookbook hybrid that showed women at home in their kitchens wearing the designer's glorious nap dresses. For Fall 2021, Hay continued to explore that concept where she had women like Amy Fine Collins and Nicky Hilton Rothschild pick out what they want to cook and wear. "The intimacy of cooking and being at home is a backdrop for them to wear outfits that are nostalgic, comfortable and whimsical," Hay said. "The kitchen is the best studio because it is so disarming and all the women were so comfortable in their own spaces."