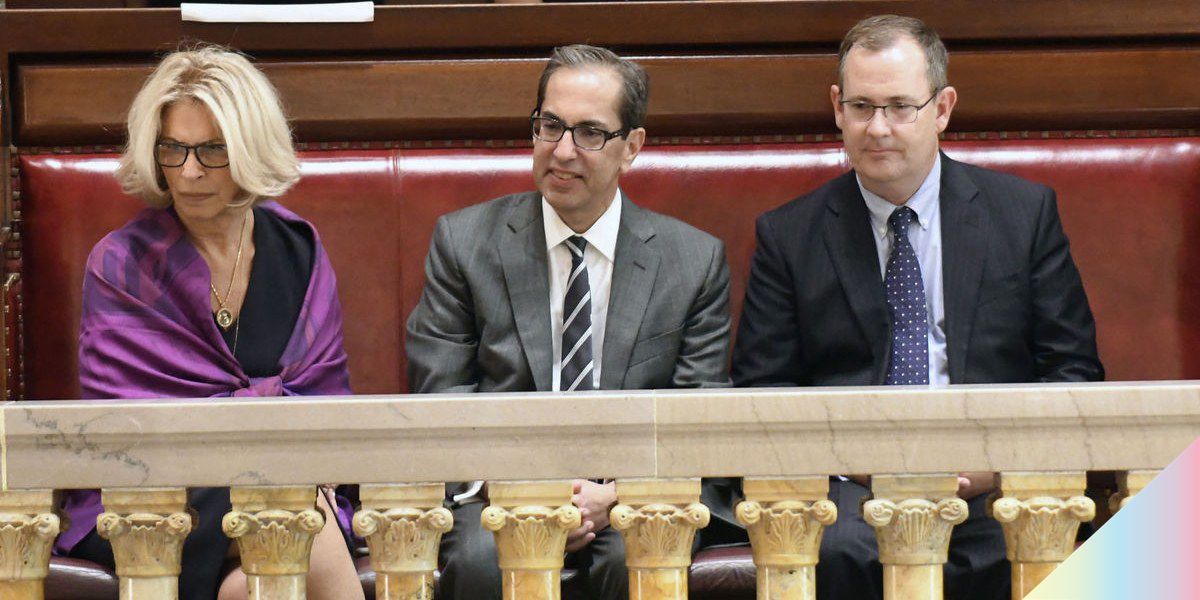 The New York State Senate confirmed Paul Feinman to the State Court of Appeals on Wednesday, making him the first openly gay judge to serve on New York's highest court. Feinman is filling the seat of late Judge Sheila Abdus-Salaam, who died in April after becoming the first African-American woman to serve on the Court.

Justice Feinman was nominated by New York Governor Andrew Cuomo last week, and his confirmation process was quick and easy, getting approved by the Senate Judiciary Committee after only an hour of friendly questioning. "With decades of experience, Judge Feinman is a leader in his field and a trailblazer who joins the court as its first openly gay judge," Cuomo said in a statement. "He has spent nearly his entire career serving New York courts and championing the principles of justice and fairness."

Feinman promised to promote diversity and equal opportunity for all during his run as judge, especially when he was questioned about being a white man succeeding an African-American woman on the court. "Certainly my entire career has been about promoting equal access and equal justice for all, and I hope I add to the diversity of perspectives that the court considers," he said.

The confirmation of Feinman is a huge victory for the LGBT community and advocates, especially considering the court's history with LGBT legislation. The court initially declined to make same-sex marriage legal in 2006 before the New York legislature passed the Marriage Equality Act five years later. Feinman's election makes the court come full circle, and will hopefully help to ensure that no more injustices will occur.