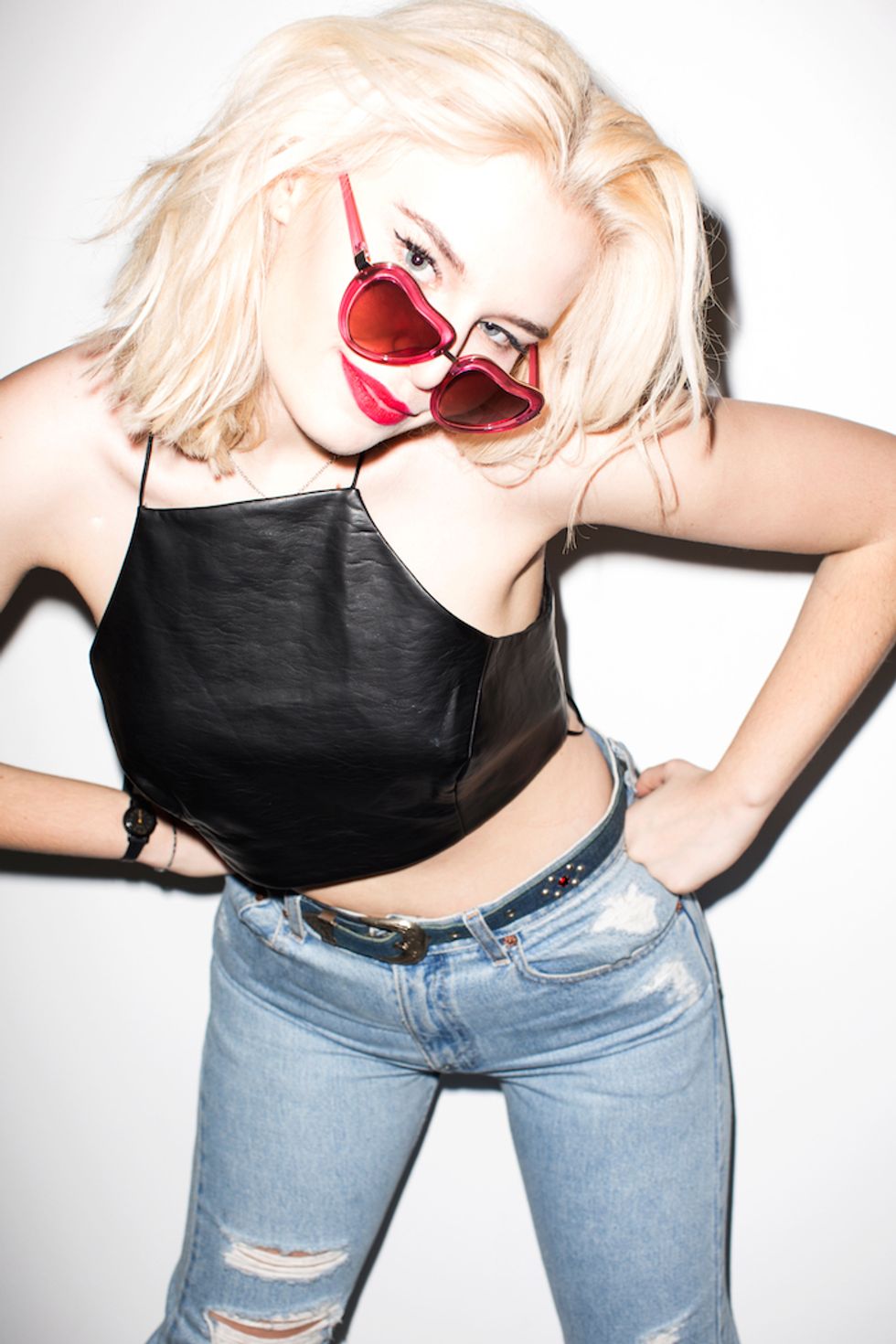 by Mickey Boardman
PAPERMAG
Photo by Jared Thomas Kocka
Grave, the alter ego of Grace McKagan, is only 17-years-old but she's already making waves in the West Coast music scene. The daughter of rock legend, Guns N' Roses bassist Duff McKagan, and model Susan Holmes, she's the frontwoman of synth-pop/punk band The Pink Slips who have played at some of L.A.'s most legendary venues like Whisky a Go Go and Boardner's. We had the chance to chat with the busy teen, who balances music with school and modeling (she recently signed to IMG), and hear her thoughts about writing songs and getting music and fashion advice from her famous folks.

First big break: In my mind I haven't really had one yet, but I have played some cool shows that I'm really thankful for like at the CBGB music festival and headlined the Whisky a Go Go a few times.

Favorite live show so far: When I played a show at Boardner's in Hollywood with my friend Jesse Jo Stark...we made cool shirts and the vibe was really cool and there was a good crowd.

Song you've written that best describes your personality: The song hasn't been released yet but it's my favorite one I have written so far with Isaac Carpenter. It's called "Killer Queen Bitch" and it's super synthy and badass and it's something I strive to be like on stage, just totally in your face and not really caring.

Best advice about music your dad has ever given you: My dad isn't really involved with my music. I try to stay away form being labeled as "Duff McKagan's" daughter, hence my stage name/alter ego "GRAVE" but the best advice he has given me is probably to be genuinely nice to everybody you work with and meet.

Best advice about style your mom has ever given you: To not show too much skin. For example if you wanna wear a low cut top then wear pants, or if you wanna show off your legs, then wear a top that isn't too revealing, less is always more.

Hair by Johnny Stuntz / Makeup by The Makeup Expert