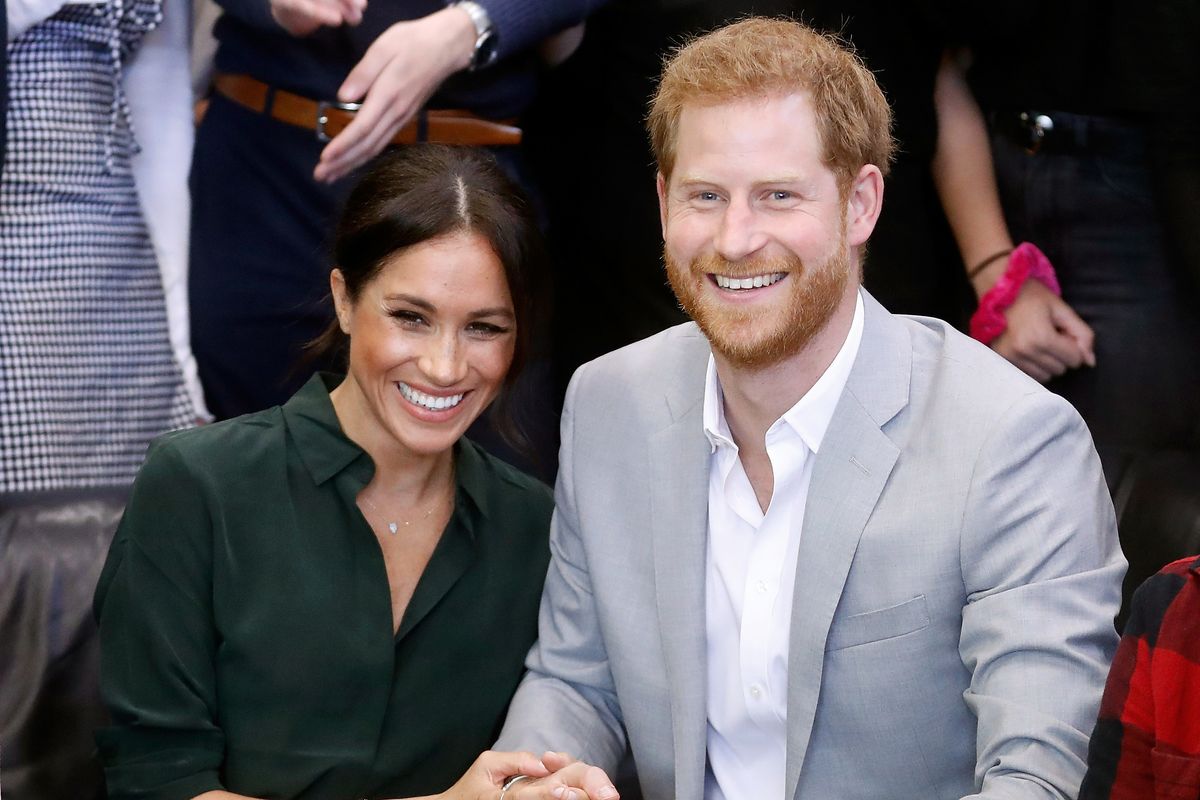 Meghan and Harry Are Officially Parents: New Royal Baby On The Way

Their Royal Highnesses, The Duke and Duchess of Sussex Meghan Markle and Prince Harry are officially expecting their small royal human being this Spring, aka the future Lord or Lady of Windsor, reports the New York Times.

Didn't Kate and William like, literally just have a baby in April and announce another one in June?

We can't even keep up because the residents of Kensington Palace can't keep their hands off each other.

Also, they need to procreate constantly in order to keep that succession line firmly on lock. There's a certain delicious irony in that the British royals are literally the definition of propriety, and yet the main time that we actually talk about or pay attention to them are when they're getting married or having kids, aka prime opportunities for fantasizing about their sex lives.

Not that Meghan and Harry were in a rush to get their hat in the ring, but the Duchess and Suits-star and her ginger beloved's first child will open its eyes and discover itself seventh in line to the throne of England—and the subject of incessant documentation, judgement, scrutiny and gossip.

The Duke and Duchess reportedly told the Royal family at Princess Eugenie's wedding on Friday, igniting a firestorm of rumors, stoked by the fact that Meghan emerged from the airport this morning in Sydney for an official tour of Australia, New Zealand, Tonga, and Fiji, holding binders in front of her midriff and the uncharacteristically loose coat-dress that she wore to the most recent royal wedding.

Mazel tov to the happy couple, and to the future royal, welcome to your nightmare! We are so excited to scrutinize your every single move and mistake, fret over whose height and hair genes you'll inherit, have a moral panic during your angsty teen years, judge your every fashion decision and romantic partner, and generally see your life as a spectacle for our entertainment. But don't worry, there are some sweet perks as well.