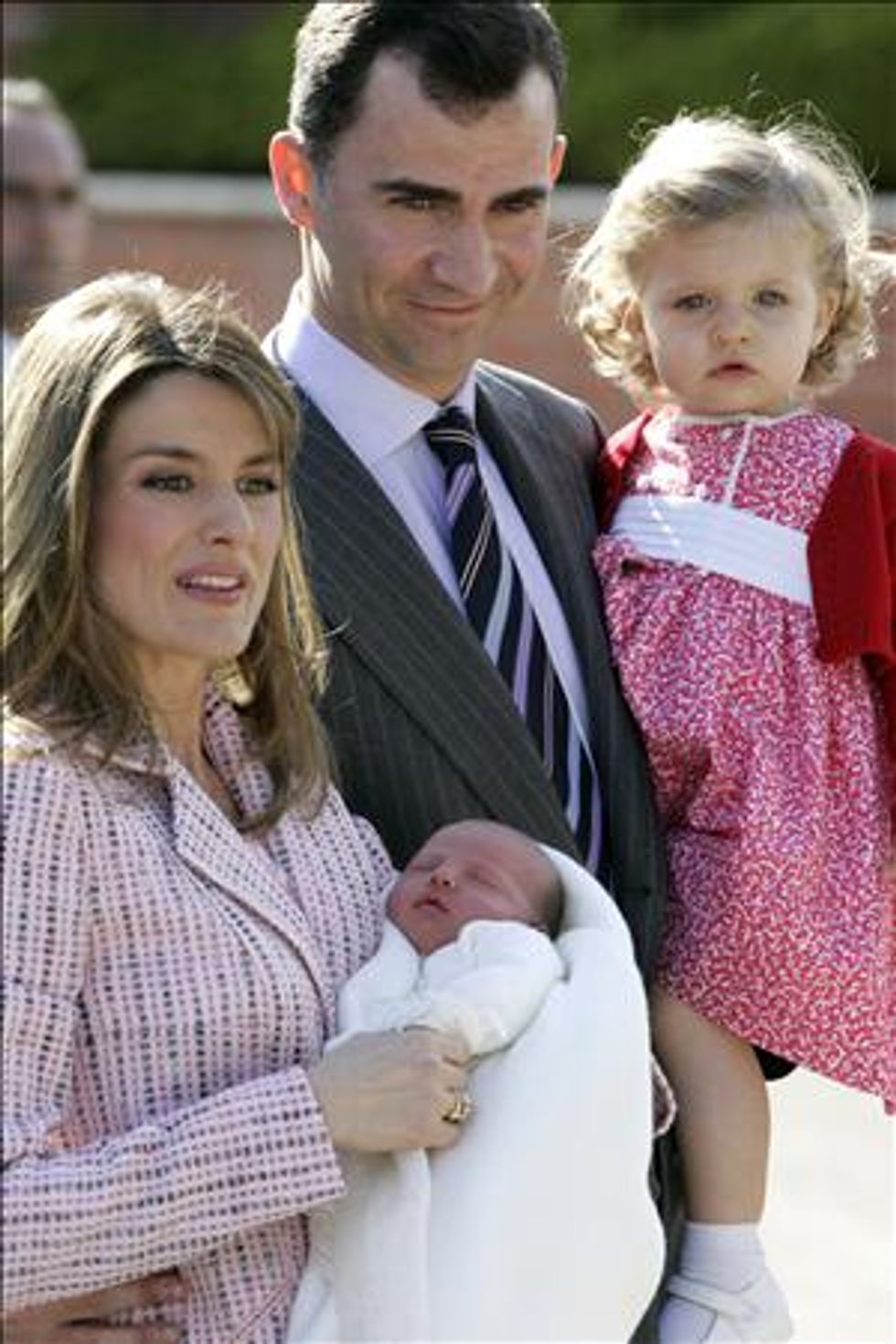 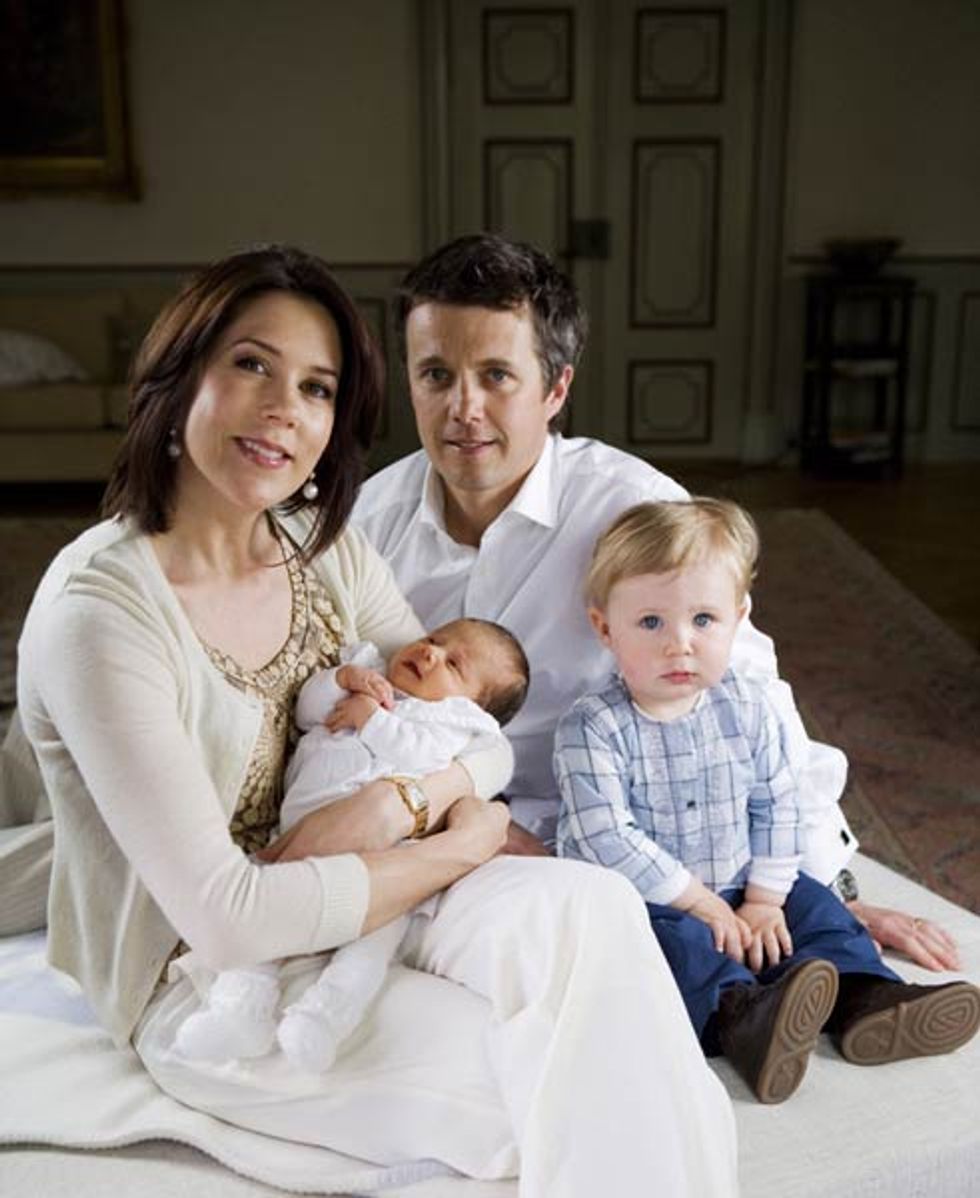 Oh the stork has been busy at the royal palaces of Europe!! We've been slack in welcoming the Infanta Sofia, new daughter of the Prince and Princess of Asturias. The new little princess is named after her grandmother, the Queen, who is widely regarded as the most popular consort Spain has ever known. Little Sofia joins her older sister Leonor, who, thanks to the progressive laws in Spain, will one day be Queen (some less enlightened nations require male primogeniture).

In other baby news, the Danish Crown Princely couple welcomed a new daughter, whose name hasn't yey been revealed. She joins an older brother Christian. Aren't these a couple of cute and nice looking families?