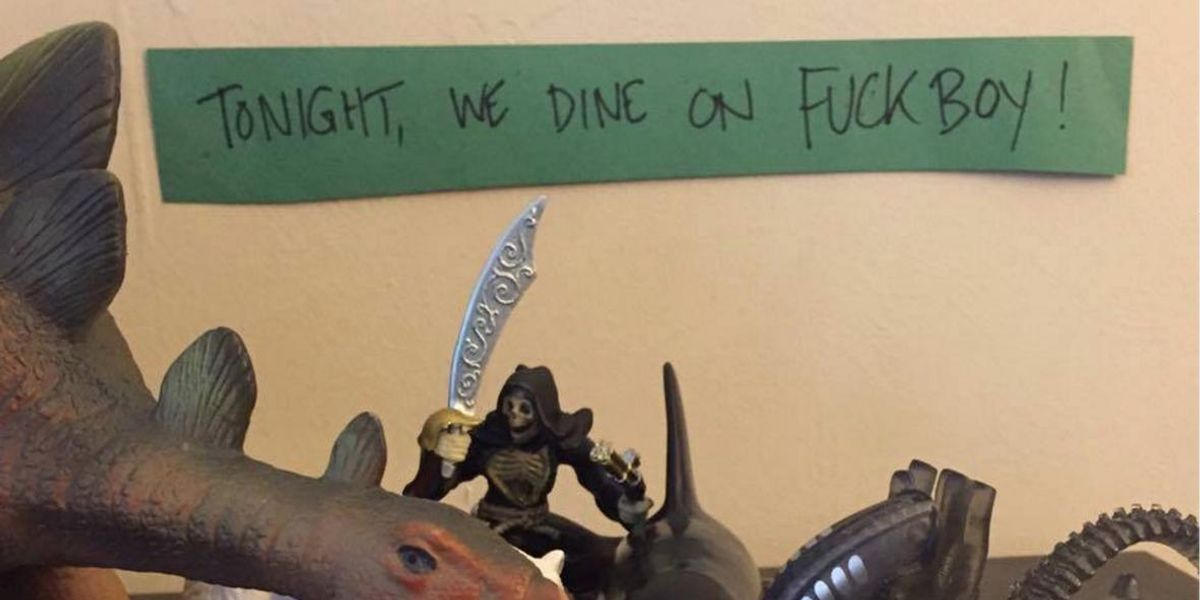 Sometimes it's good to petty, especially when your ex was a real toxic piece of work, and no one knows it better than the ladies behind a new Facebook art project called Revenge Dioramas, which promises to fulfill all your revenge fantasies about the men who have wronged thee.


All you have to do is send over some information about your bad experiences, societal frustrations, etc. and creators Laura Stokes and Nichole Cordin will construct a fully-realized diorama depicting said scenario. Behold:

Today I read a news story about a report coming out of a Catholic hospital in Muskegon, Michigan, about FIVE WOMEN who...
Posted by Revenge Dioramas on Friday, 19 February 2016

Someone creeped on a friend of mine on Tindr - she was just chatting to him casually and he suddenly started asking for...
Posted by Revenge Dioramas on Wednesday, 17 February 2016

And while the project has a vein of humor running through it, it's mostly meant to be a therapeutic tool for women who feel they can't or won't be heard -- as emphasized by a recent creation in honor of pop star Kesha.

This one is for Kesha. She deserves so much better, doesn't she? Kesha needs a vengeance-seeking angel like nobody...
Posted by Revenge Dioramas on Sunday, 21 February 2016

"What inspired us initially was conversations we were having among friends," Stokes told Metro UK. "We'd hear of something truly terrible being done to a woman and they couldn't speak out about it -- either because they feared being hurt, or losing a job or child," which works in tandem with their philosophy of "punching up." As Stokes explains, the dioramas are specifically for people who have been fucked over and feel like they can't fight back or speak up, like one WOC who wanted to speak out against gross, creepy messages from guys on online dating sites.

Here's one for all the women of color out there dealing with the gross behavior from white guys on dating sites. A...
Posted by Revenge Dioramas on Wednesday, 17 February 2016

Stokes also told The Daily Dot that the goal of her project is to help "marginalized people to feel validated, to feel like, 'Yes, you have the right to be angry, this thing that was done to you was totally awful, and we are going to get some justice, if only in the form of plastic dinosaurs stomping on that person who wronged you'" -- an essential first step, especially since most women are taught they can't be visibly angry about something.

This is for the woman who went on two dates with a guy - we'll call him Brad - and even though nothing came of it, he...
Posted by Revenge Dioramas on Thursday, 18 February 2016

Stokes and Cordin are also planning on collaborating with more WOC, with guest writers and artists telling their stories via dioramas that can address political or personal injustices, with everything from microagressions to police brutality on the table.

"My friend, writer Audra Williams, actually pointed out to me that humor is one of the only safe ways for women to express anger," she continued. "We can't be directly and vocally angry about something — even just to ourselves. We feel like for it to be 'appropriate,' we have to cloak it in a joke." So maybe it's not so bad to take it out on He-Man et al.?