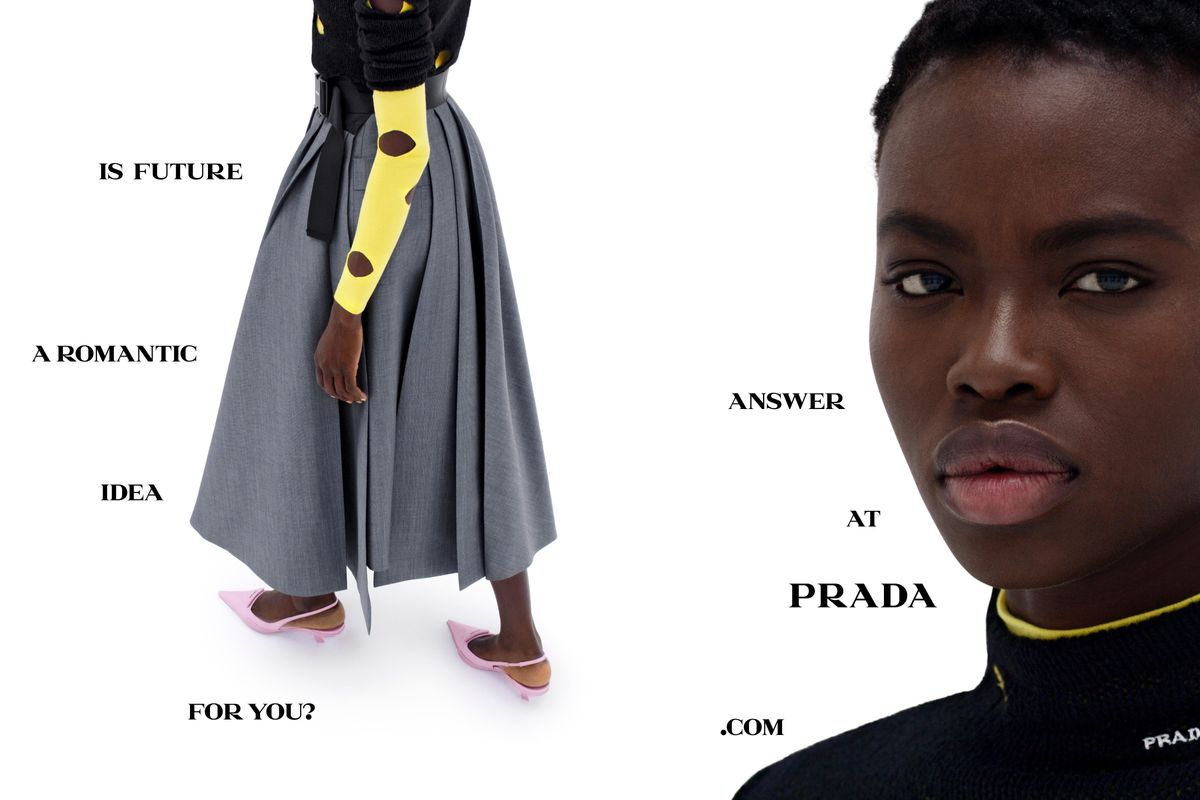 I Can't Wait for the Memes on These Existential Prada Ads

The internet loves to parody fashion, whose denizens often take themselves a bit too seriously. And it would seem that Prada has all the makings for the next round of meme fodder, if their latest campaign is any indication.

Related | It's a New Day at Prada

The brand's Spring 2021 ads are the first under Co-Creative Director Raf Simons, who debuted this collection alongside Miuccia Prada back in September. But the thing most people seem to be fixated on is the series of existential questions spaced out in each photo, such as "Is future a romantic idea for you?" and "What utopia do you strive for?"

on second thought, maybe Bottega deleting all of its social media was the right idea https://t.co/ztWUq6Ep4d
— Jacob Gallagher (@Jacob Gallagher)1609864769.0

If you should feel so inclined, users are invited to submit answers to the questions posed by Prada on their website, where the responses received will become part of future campaign rollouts.

As for why the brand went with this new approach? According to a press release, this season's focus was all about the role of technology in contemporary culture and the questions were implemented to encourage a sense of dialogue with customers. ("The questions themselves meditate on these subjects: perceptions of self, views on technology, ideas of humanity - diversity, inclusivity, sustainability," it reads)

Interestingly, the campaign wasn't shot by anyone in particular. Rather, hundreds of cameras circled the models and captured them from a variety of angles, much like how the brand staged its Spring 2021 show. See the rest of Prada's Spring 2021 campaign, below.