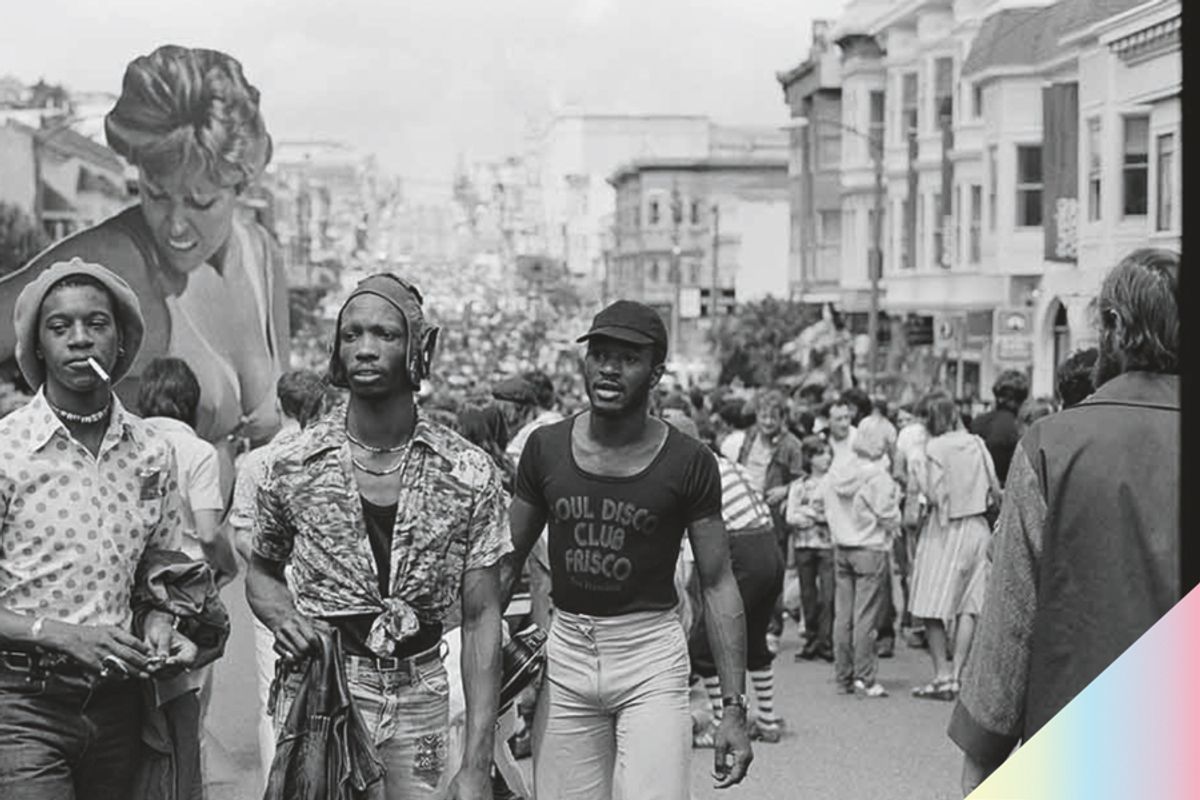 An up-close and intimate new book will take you all the way back to San Francisco in the '70s, when the future LGBT mecca was just being born.

Publisher Reel Art Press will release LGBT: San Francisco, a captivating tome of photographs by Daniel Nicoletta, who, through his lens, documented the burgeoning LGBT community of San Francisco. The collection of work spans four decades (a first for Nicoletta) and captures the LGBT Civil Rights movement in a way no other photographer has.

As an employee of Harvey Milk's camera store in the Castro district, Nicoletta had incomparable access to an LGBT political icon, one who was forever immortalized in these photos and in an eponymous film, released in 2008. Stills and behind-the-scenes shots from the latter are juxtaposed throughout, providing a side-by-side comparison of the actors and the real-life people they portray.

Milk was famously murdered outside City Hall in 1978, one year after becoming the first openly gay male elected to public office in California. Through his lens, Nicoletta captures the pride, the celebrations, the tensions, and more of a defining time for the LGBT community, in the epicenter of it all.

In the foreword, director Gus Van Sant says, "Danny's photos are a treasured artistic record of the people who initiated a movement from within their own neighborhood and this work links that exuberant time to the larger history of LGBT people. This book is a very welcome addition to our enduring collective memory."