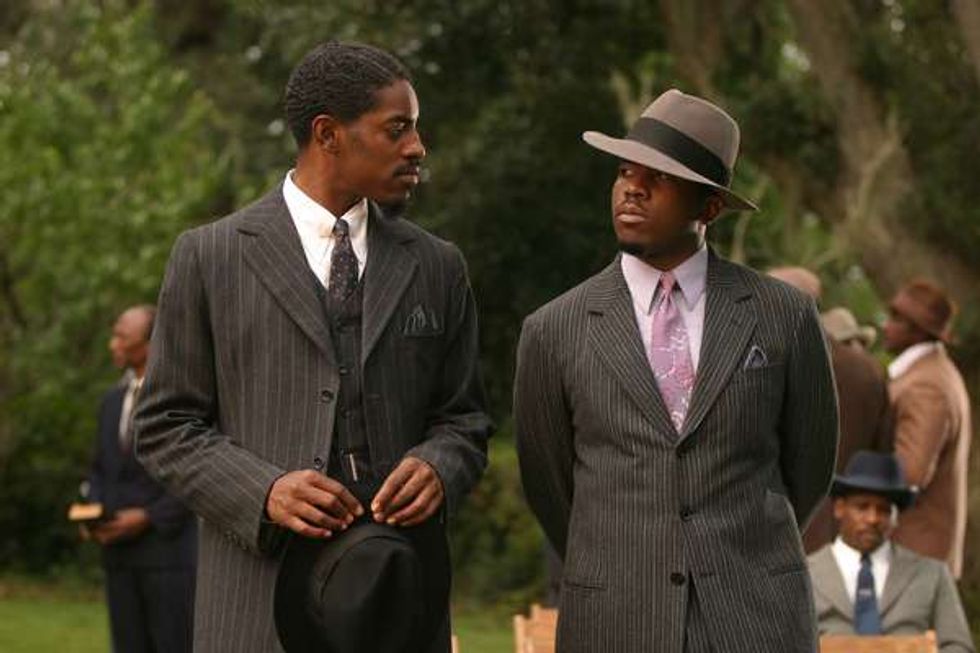 "The Atlanta hip hop-duo, who've been MIA from the music scene since 2003's multiplatinum-selling, Grammy-winning double disc, Speakerboxxx/The Love Below, announced Tuesday that the hugely anticipated follow-up album, Idlewild, will hit store shelves on Aug. 22.  "Mighty-O," the lead single and first collaborative track for Andre "Andre 3000" Benjamin and Antwan "Big Boi" Patton in over six years, will drop two weeks earlier.  The album will also serve as the soundtrack to their big-screen musical of the same name, which will unspool nationwide Aug. 25.  Idlewild the movie is a period piece set in a 1930s Georgia speakeasy. Benjamin and Patton play Percival and Rooster, a club owner and his piano-playing partner who fend off gangsters while pursuing their dreams of show-biz success."

Ummmm.... can we all say "hell yea!"  I'm insanely excited for this release (the album AND the movie).  In fact, I've been listening to the new single on their website all morning.  It's pretty fresh (yes I said fresh!) and serves as a reminder that Outkast will never stop making original, engaging and straight-up booty-shakin' music.  Also, it's great to see Andre and Big Boi collaborating again after so long.  The new track reminds me of the good ol' days of Aquemini and ATLiens, by far the best Outkast albums of all time.