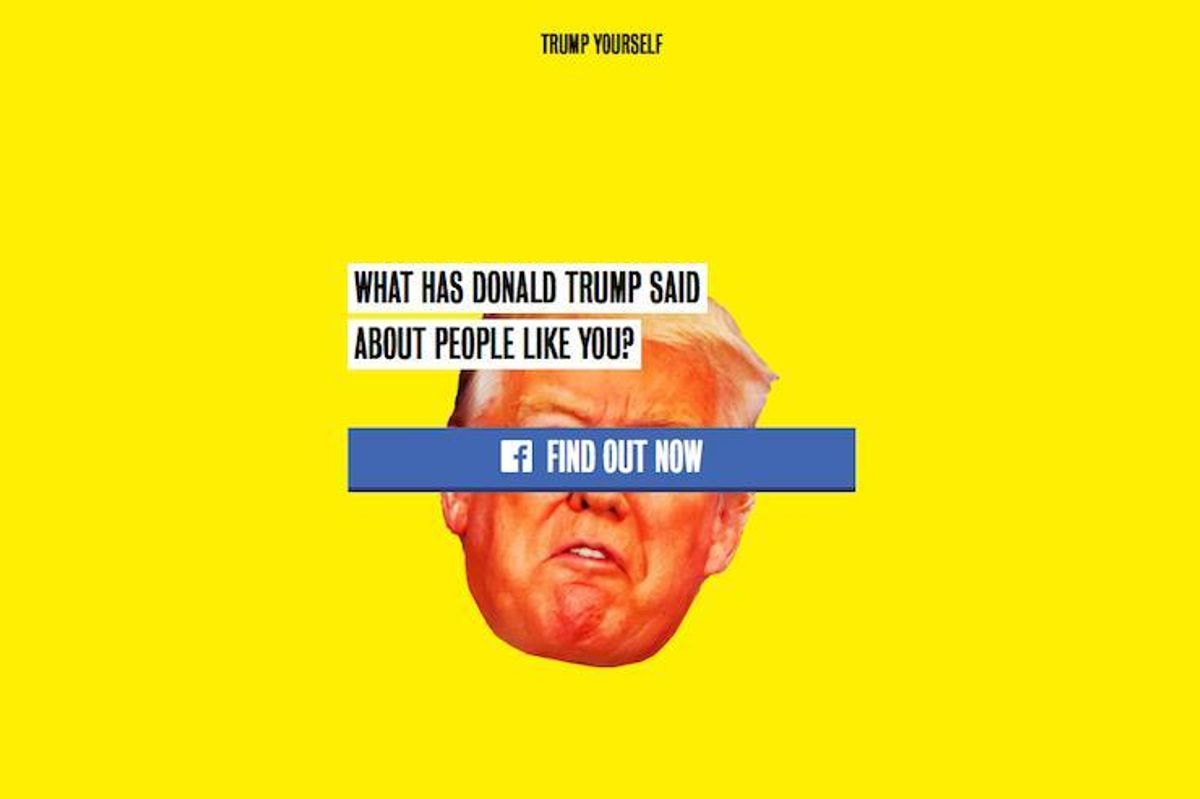 "Trump Yourself" is a filter that splices text quotes of the actual, unbelievable insults Trump has chucked at his various political foes, minority groups, and soda over the years, and in his current campaign.

I tested it on my my own Facebook photo:

On haters and losers: