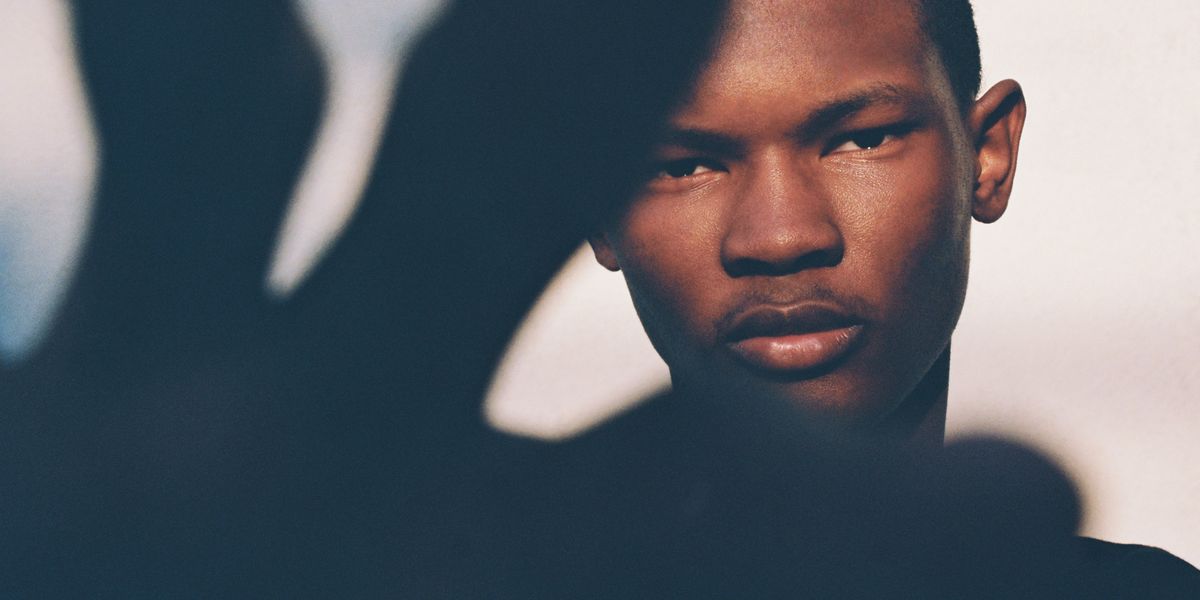 We all know the fantasy: You're walking along, minding your own business, when someone stops you. They're a casting agent, and so struck by your look, your vibe they just had to pause and tell you, "You should be a model." For Brooklynite Jabali Sandiford, that fantasy was real. Discovered in a Chipotle when stylist Jimi Urquiaga stopped him, within months Sandiford was walking in his first show, none other than Raf Simons' Calvin Klein.

1) Tell us about you! Where are you from, what were you pursuing prior to modeling, had you ever thought about modeling before being discovered?

I'm from Brooklyn New York. Before I became a model I was going to school and really had no idea what I wanted to do after high school. I never really considered it, I just had people telling me that I should but I never really pursued it prior to being stopped at a restaurant.

2) Can you tell us the story of how you were discovered? How did it feel?

Well, it was the day of a state exam (regents examinations) for my 11th grade year and a guy named Jimi Urquiaga was in Chipotle when I walked in, he asked to take a picture of me and for some odd reason I said "sure." After that I signed with New York Model Management.

3) What is the most exciting moment you have had so far in your career?

The most exciting moment of my career so far was my very first show. The first show I did was for Calvin Klein, it was truly a blessing because I've never done anything model related in my life. A lot of models have been striving for years to do what I did in just 2 months.

4) What is the most challenging thing about modeling?

The most challenging thing about modeling is learning to act the part. I'm used to staying in my room all day playing video games. I have never worried about being particularly groomed. Now I'm being told to keep up with manicures and pedicures. My hair must be neat at all times. I'm just a regular guy. This is really all new to me but I'm learning fast.

5) What is your favorite thing about this industry? Has anything surprised you?

My favorite thing about the industry is being able to meet celebrities and people I never thought I'd meet before. What's surprising is the amount of friendly people I've encountered, everyone (so far) has been extremely nice and welcoming.