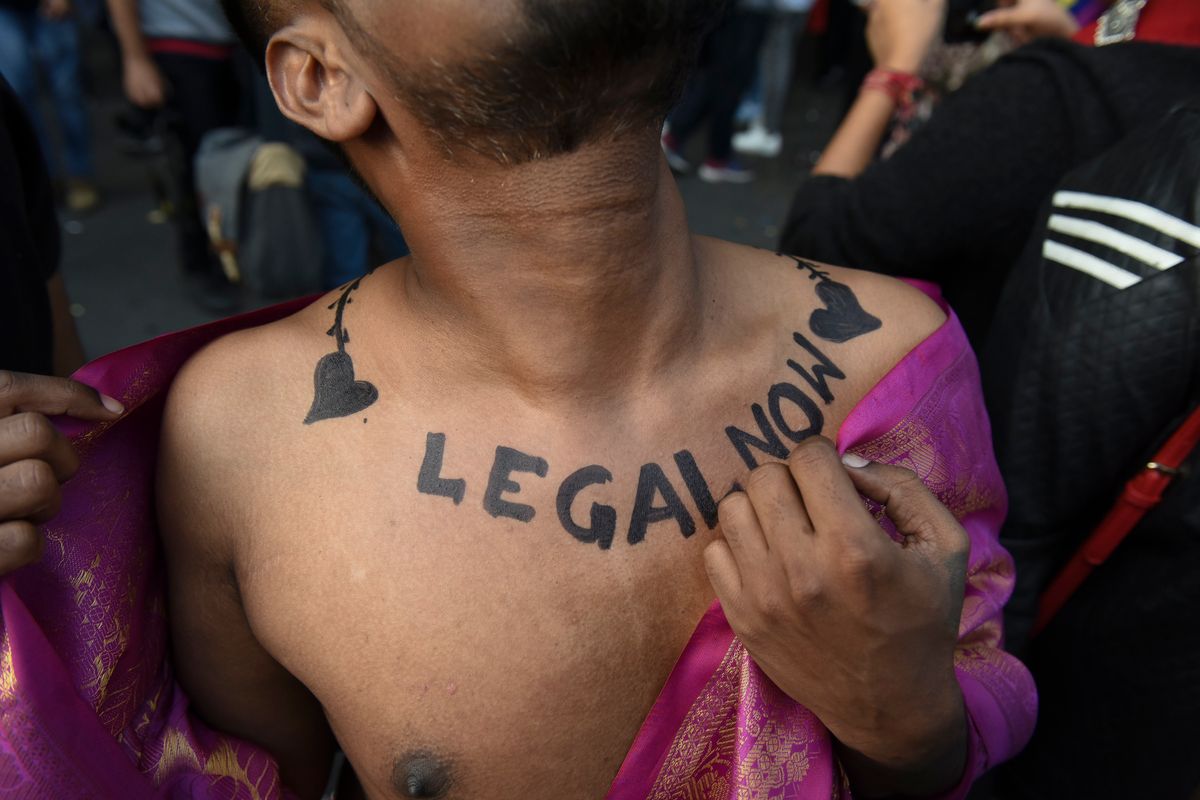 In September, India's Supreme Court unanimously voted to overturn a colonial-era ban on gay sex — following weeks of deliberation and years of work by LGBTQ activists. The ban, outlined in Section 377 of the Indian Penal Code, criminalized consensual homosexual sex acts and described them as "unnatural."

Since the historic ruling was announced, celebrations among queer communities have taken place all over the country. Over the weekend, New Delhi had a big one: its first Pride Parade of the post-Section 377 era.

There were several noticeable differences between this year's Pride and events held previously. In 2008, the march was attended by about 500 people — many of them wearing masks and costumes to veil their identities. In 2018, the Hindustan Times reports, around 5, 000 people joined in the festivities. And most of them felt comfortable to hold hands and show their faces.

In previous years, a popular chant at the parade went something like this: "Kaunsa qanoon sabse battar, teen sau sattatar teen sau sattatar (Which law is the worst? 377)." This year, the mood was much more celebratory.