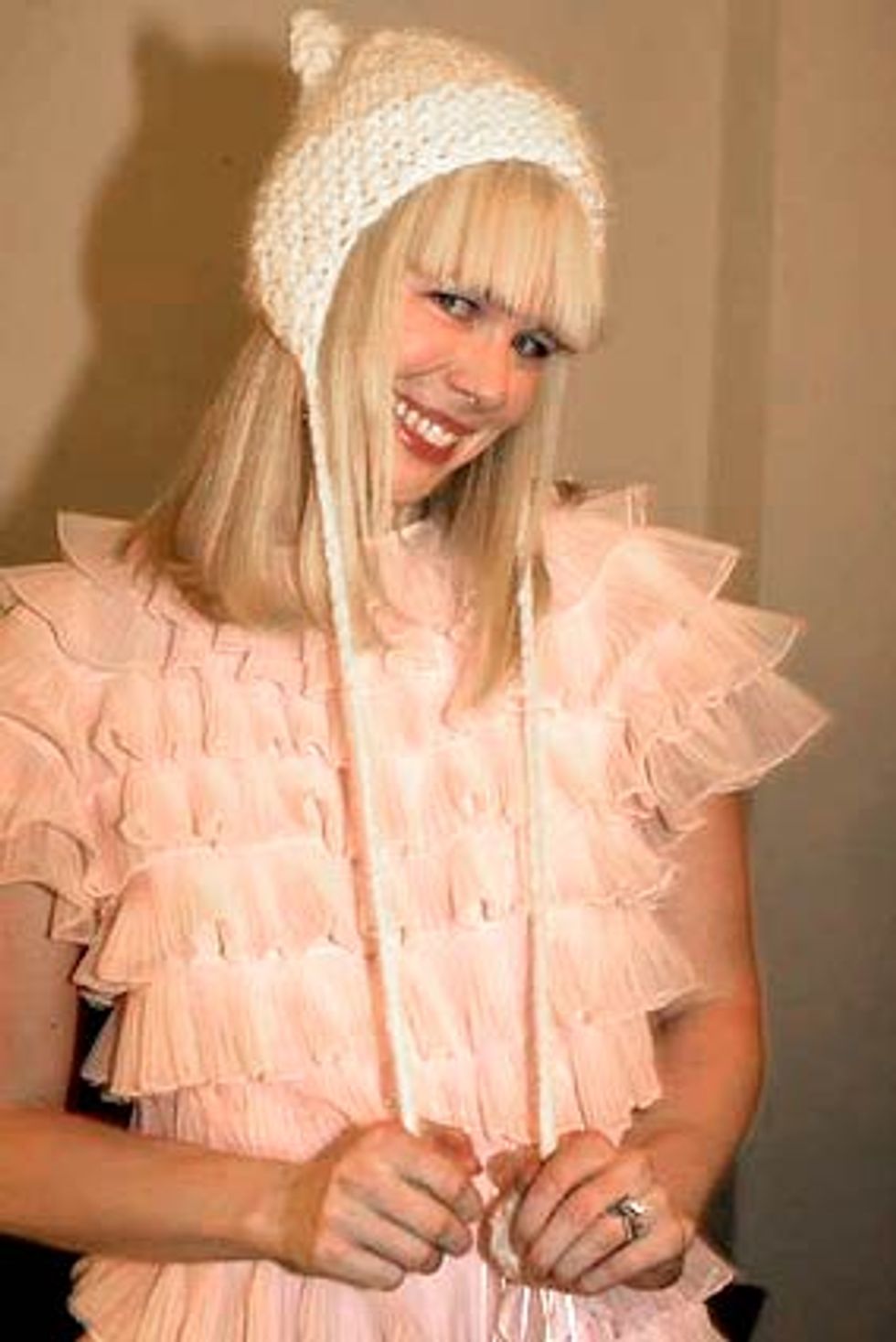 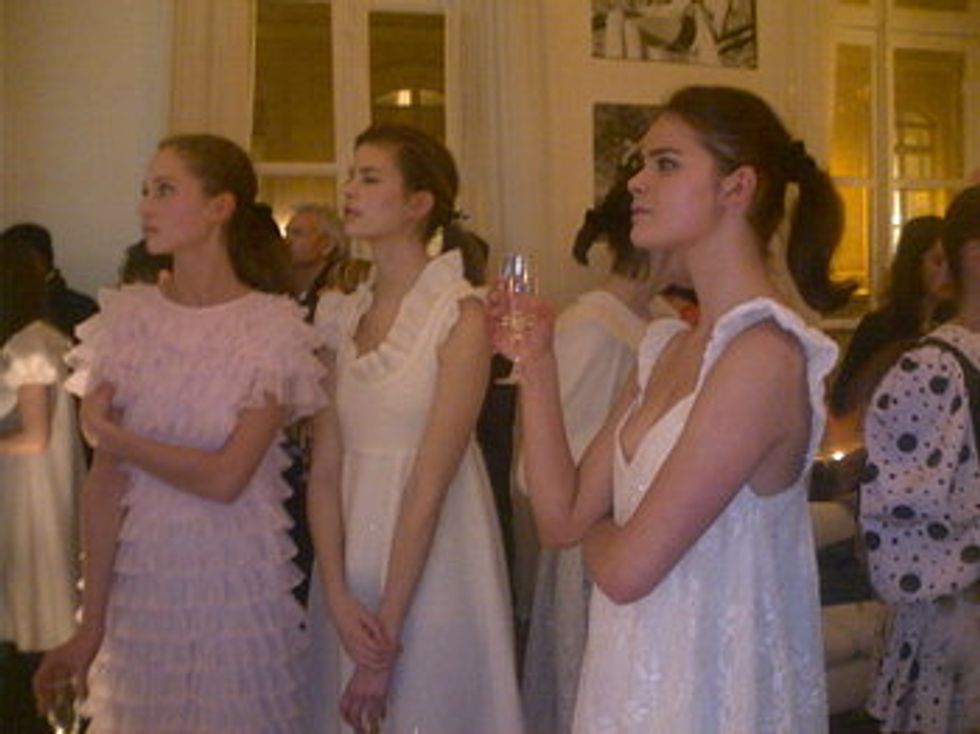 I met the  LA designer Erin Fetherstone (FAR RIGHT)  the other day who was hanging out with my friend Sarah Flicker (of Citizens Band fame) at the new restaurant on Lafayette Street, Chinatown. No wonder there is such a buzz about her. Shes adorable! Shes the one who collaborated on a movie for her latest collection with photographer Ellen Von Umwerth and the good news is that she will be hitting New York for this upcoming fashion week in September where she will show her stuff. Her stuff is very ruffly girly girly and shes a knockout who is her own best model. So whats not to love. There's alot of fun stuff coming from the left coast lately. The Rodarte girls were such a hit in Paris this past couture week that we hear Karl Lagerfeld swooped up one of their dresses at Colette to give to a friend.