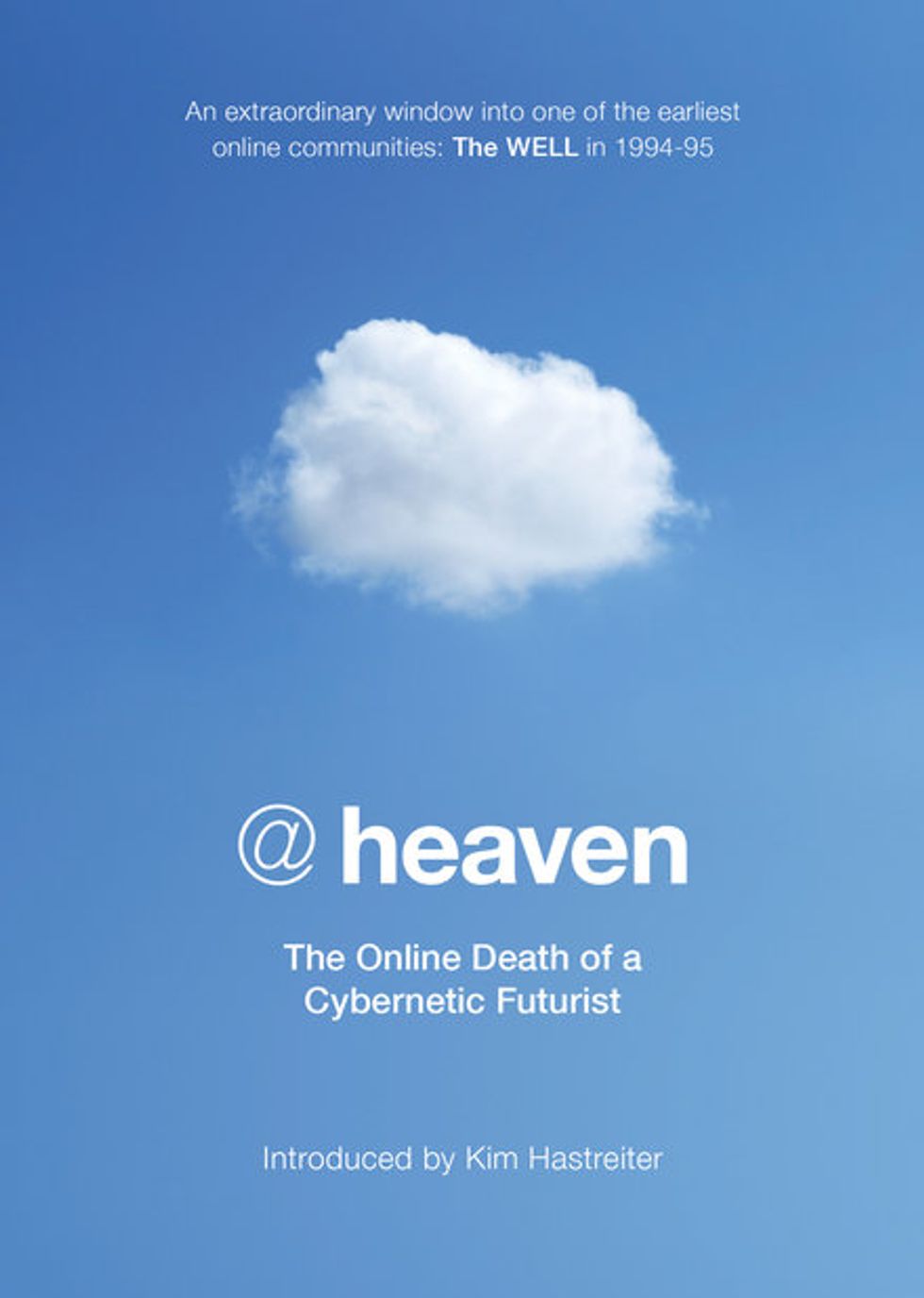 by Paper
PAPERMAG
Back in the mid-'90s, when the internet was in its infancy, there was an online community of message boards and chat rooms called the WELL (the "Whole Earth 'Lectronic Link"). Mostly run by futurists and radical techies out of Silicon Valley, the site was one of the web's earliest examples of a social network, a gathering place for people to share ideas and connect with like-minded individuals. In WELL-user and Stanford Futurist Tom Mandel's case, who, like other WELL-dwellers, envisioned the internet as a place for genuine human connection and not for commodification, the site wound up becoming a place to live out his final days surrounded by his online friends. Today, we don't think twice about telling our followers and friends what's going on in our personal lives on Social Media. People use Facebook to announce births, deaths, illnesses and other personal news. But when Mandel started the Well conference topic "Local Bug Report" one day in 1994 when he was feeling under the weather, what would unfold was unprecedented.

At first, "Local Bug Report" was a place for fellow WELL users to trade remedies and stories about how to kick the flu that was going around the country at the time. But when Mandel eventually went to see a doctor, who discovered lung cancer that was quickly spreading, the thread turned into a riveting glimpse into a man grappling with illness, dying and death.

Paper co-founder and editor-in-chief Kim Hastreiter was one of the many WELL users drawn into the narrative, hanging onto Mandel's every update. When he passed away, she printed out the entire transcript of the months-long 'Local Bug Report,' which, nearly twenty years later, has been turned into the new book @heaven, for which she writes the foreword.

It's a fascinating, heartbreaking glimpse into how we deal with what happens to us next, as well as an inspiring early account about the possibilities and tightly-knit communities that have been birthed by the internet.

Below, we talk with Kim about her experiences following Mandel on the WELL and @heaven.

Do you remember the first time you went on the WELL?

It was around 1992. I had gotten a modem in my house, which was kind of a big deal for me, and in those days you used to go on the web through AOL. That's how you signed on. There were no web browsers. The web was a series of bulletin boards, sort of, and used complicated 'dos' codes to look at anything. That's how you got to the WELL.

And what was there when you signed on?

It was just a page of type.  They had groups, conferences and topics and they were moderated by different WELL users who made sure the conversation stayed on topic.  If people started fighting, they'd close down the topic. So this guy, Tom Mandel -- he just went by "Mandel" on the WELL --  had a health conference called "Local Bug Report" about the flu. I had the flu at the time and was looking at it and various people were weighing in with Mandel describing his symptoms. There was a doctor, whose screen name was "Flash," and he was telling him it was his sinuses. So Mandel went on a trip to Boston, and was feeling better and posted about feeling like he had kicked whatever it was. Then two days later, he was sick again. You could tell something was going on. He went to the doctor and the doctor said in passing that he had something on his lungs. And then people started really getting concerned. And it turned out it was cancer.
How did the community respond?

A lot of people from the WELL heard about it and there were just so many people following and offering to help and offering to connect him with various doctors and encouraging him. But then he found out it wasn't operable. He got really angry, and would tell people to fuck off who tried to lecture him about smoking -- he had smoked. And then he got really practical, and then sort of manic and then very zen. You were watching him go through these stages of acceptance.

No. I was just lurking, but I was checking it 4 or 5 times a day. And it went on for months. It was just this riveting thing that totally drew you in. He was really smart -- a really special guy. His posts were gripping.

And a true community is building the whole time based off of this thread. Mandel ended up getting married to one of the Well users, right?

Yeah, this woman who went by 'Nana.' She was really there in the conference and posting a million times a day. Nana, a day before he died, went to the hospital and got married to him at his bedside. I didn't understand the possibilities of the web and the bonds you could form with people until I experienced this.

The day he died, I copied the whole conversation and put it on a document and vowed to never throw it away. I felt it was historical -- I had just witnessed life and death in real time. I knew it was just this moment and it was really important to preserve that. It was a diary, it was a community, and it was the web as an example of something that brought people together. I was scared I would lose it, so I printed it out and just made tons of copies and just updated and transferred the files every time I got a new computer. I was obsessed with keeping it..

And, since the book has come out, have any WELL users been in touch?

No, none. Colin Robinson, the publisher, had to get permission from everyone to publish this. So he was in touch with them, because these people own their words. And some didn't want to participate and aren't included in the book.

Do you remember what the final post in the thread said?

It was done by someone else. It said something like, "Tom passed away this morning. Nana was at his side and music was playing. This topic is now frozen. And if you want to get in touch with Tom you can reach him at Mandel@heaven.org."

@heaven is available at orbooks.com