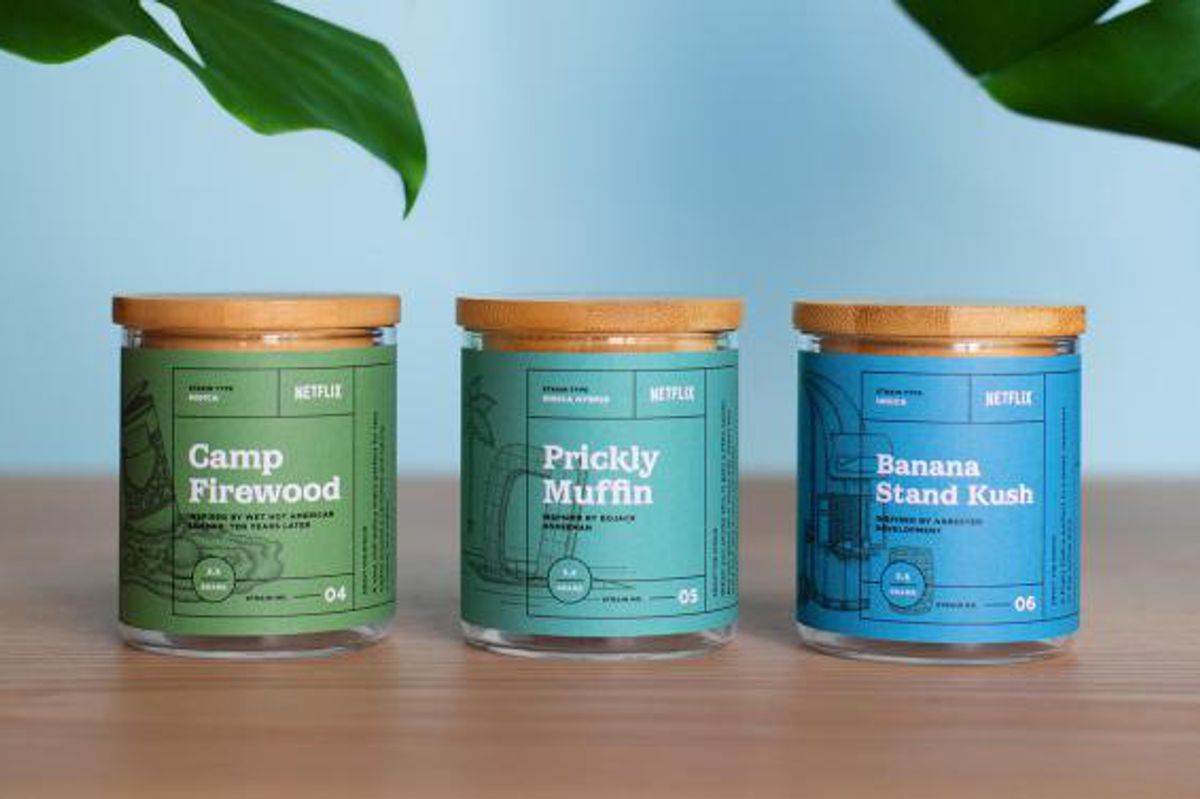 Netflix Creates Its Own Weed Collection

Since the 2013 debut of House of Cards, Netflix has stayed producing original dramas, comedies, documentaries and comedy specials at a steady rate. The streaming giant's latest offering can't be binge-watched (though you could still consume it all in one super lazy afternoon). Just for fun (and advertising), the company has created it's own set of ten marijuana strands with brand-friendly names like with "Banana Stand Kush." The strains are currently being sold at a pop-up event at Alternative Herbal Health Services in West Hollywood this weekend and are available to Californians with medicinal marijuana cards.

Variety reports that "each strain was cultivated with the specific shows in mind, designed to complement each title based on their tone." The shows referenced represent a wide range of the Netflix mosaic, including Arrested Development, Wet Hot American Summer: Ten Years Later, Bojack Horseman, Orange is the New Black, Chelsea, Grace and Frankie, Lady Dynamite, Mystery Science Theater 3000, and Santa Clarita Diet.

We can't think of a better partner for Netflix - arguably our generation's favorite aphrodisiac after weed and early Weeknd mixtapes - than the growing legal cannabis industry. Synergy!