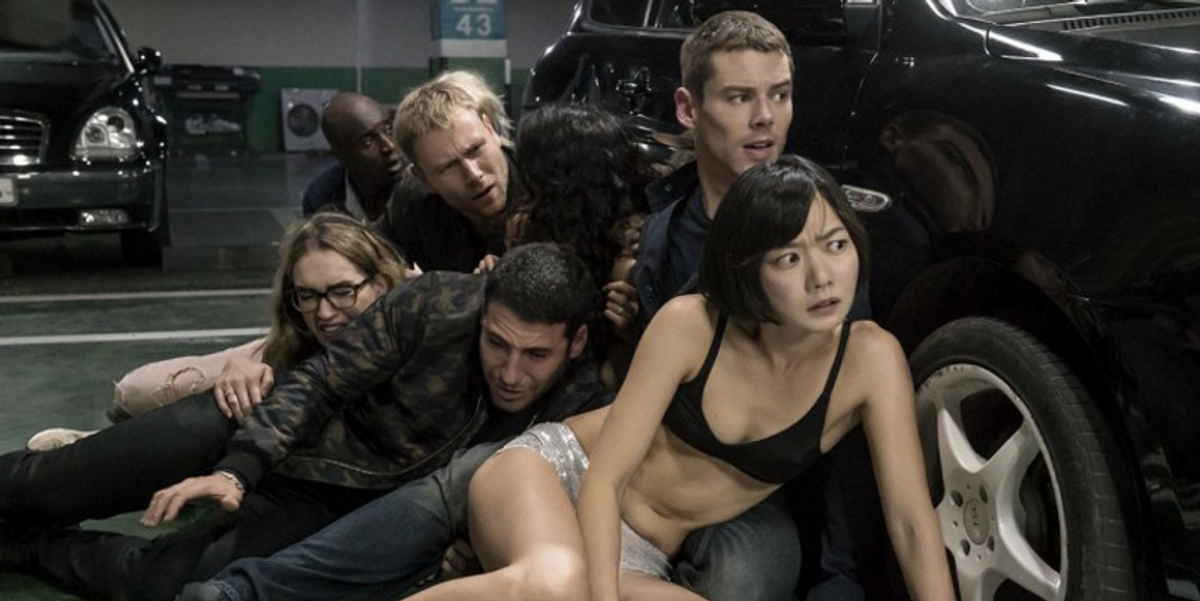 Less than 24 hours ago, Netflix CEO Reed Hastings said the streaming service needed a higher cancellation rate in order to foster creativity and innovation. "Our hit ratio is way too high right now," Hastings said. "So, we've canceled very few shows. I'm always pushing the content team: We have to take more risks, you have to try more crazy things. Because we should have a higher cancel rate overall."

The service made good on that promise today, canceling fan-favorite Sense8 after just two seasons.

The show followed eight diverse "sensates," including one trans character, who could telepathically communicate with each other. Fans are already mourning the loss of the show, with Jefferson Grubbs over at Bustle writing, "There was something about Sense8 that felt special in the way that it celebrated the wide range of human experiences with such unbridled joy, and the way the writers treated their heroes with such respect, empathy, and dignity."

Netflix confirms #Sense8 has been canceled. Very upset but I'll always be grateful to The Wachowskis for creating this gorgeous story of ❤️ pic.twitter.com/GFF4UTM5Lc
— Jarett Wieselman (@JarettSays) June 1, 2017

The drama was created by the Wachowski brothers, perhaps best know for The Matrix. It was the second expensive, hour-long show to get the axe from Netflix in two days, after Baz Luhrman's musical show about the birth of hip hop, The Get Down, was canceled yesterday. Sense8 cost about $9 million per episode to make (that's about $1 million less than HBO's Game of Thrones).

"[The show] is everything we and the fans dreamed it would be: bold, emotional, stunning, kick ass, and outright unforgettable. Never has there been a more truly global show with an equally diverse and international cast and crew, which is only mirrored by the connected community of deeply passionate fans all around the world."


Meanwhile, fans on Twitter are expressing their sorrow and celebrating the show:

The most gender, sexuality, race, religion, mental health inclusive show quite possibly ever, and you bloody cancel it. Why @netflix #Sense8
— katieroo (@allouratoms) June 1, 2017

Netflix just cancelled #Sense8. One of the most diverse shows out there. Mid-story. At the start of Pride month. I'm livid.
— Christel Dee (@ChristelDee) June 1, 2017

To all the people who see #Sense8 trending and don't understand why is this such an important show nowadays pic.twitter.com/jhCpFVWWwU
— Veraniia Silva! (@veraniia_silva) June 1, 2017

Thank you for being a part of our journey. Sensates forever. pic.twitter.com/SClwiY3rwy
— Sense8 (@sense8) June 1, 2017